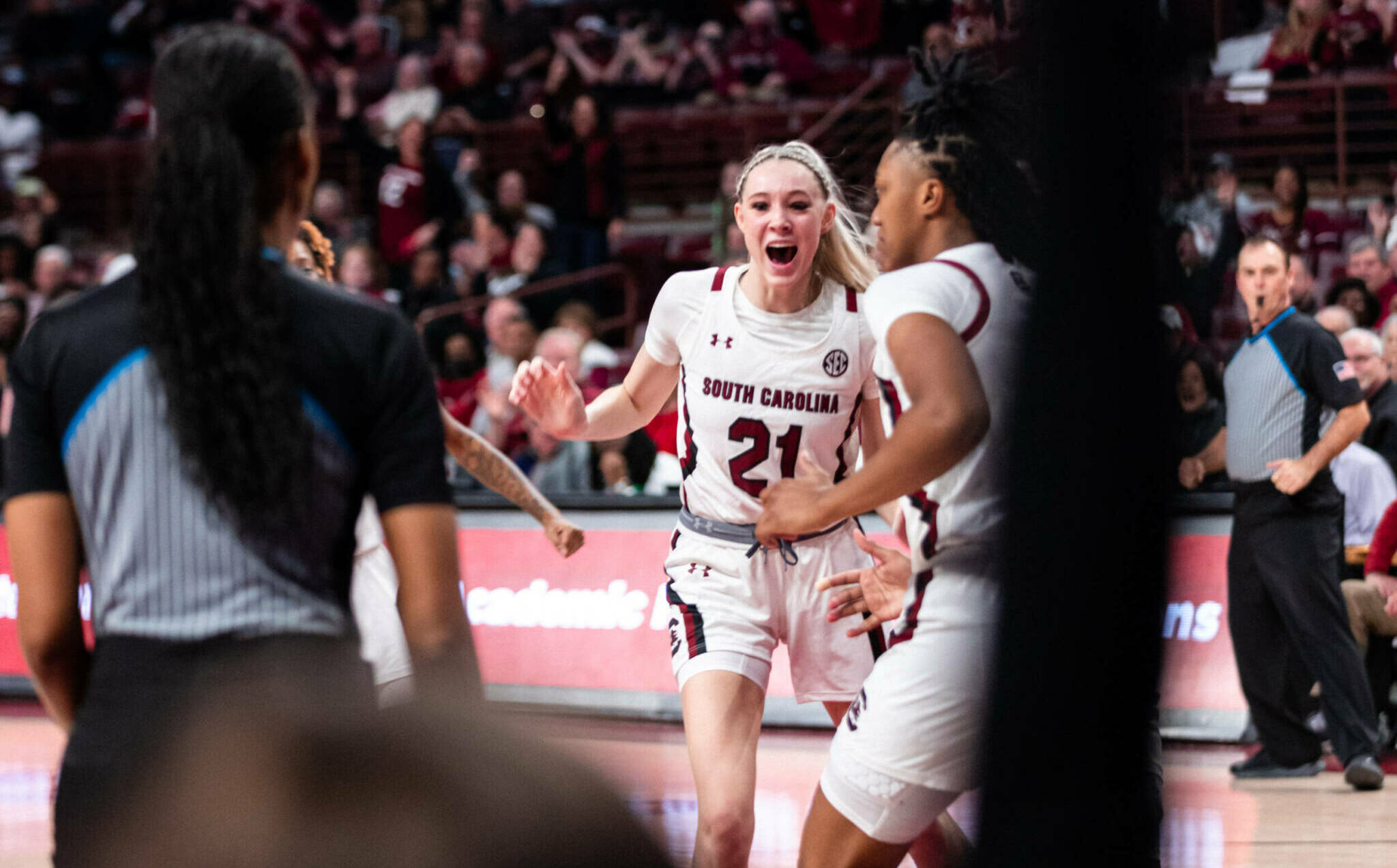 The Gamecocks opened 11-0 for the second straight season and the fourth time in coach Dawn Staley’s 15 seasons in charge.

This one appeared to be a mismatch from the start and quickly played out that way. South Carolina scored the first 11 points and rolled out to a 20-3 lead after the first quarter.

Charleston Southern (2-9), shooting less than 33% all season, struggled even more against the Gamecocks’ smothering defense. The Buccaneers hit just one of 13 attempts during the quarter, then were held without points for the first nine minutes of the second before hitting a foul shot and Saniya Jones’ short shot with 32 seconds left before the break.

South Carolina, which is ranked third nationally with 50.4 rebounds a game, dominated the Bucs in that category, too. The Gamecocks held a 14-1 edge in offensive boards in the first half and outrebounded the Bucs 53-22.

MERRY CHRISTMAS TO ALL – ASHLYN WATKINS DOES IT AGAIN!!

Boston, who came up short on double-doubles in the past two games, made sure not to miss her chance to close in on the program’s all-time mark of 70 held by Sheila Foster, set from 1979-82.