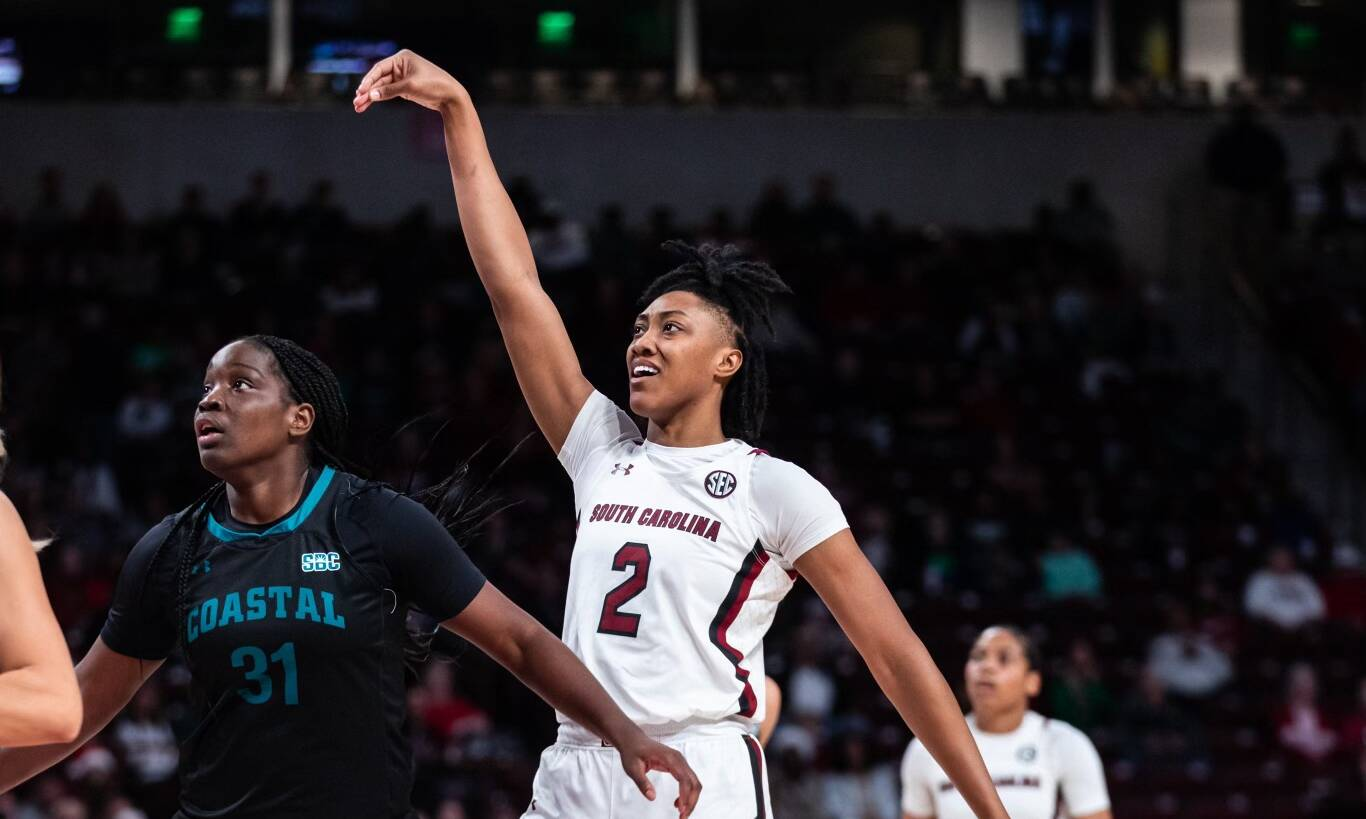 COLUMBIA, S.C. (AP) — Aliyah Boston had 11 points and 10 rebounds for her 68th career double-double to keep No. 1 South Carolina undefeated with a 102-39 victory over Coastal Carolina on Wednesday.

Freshman Ashlyn Watkins had a career-high 16 points and Zia Cooke 14 as the defending national champs improved to 12-0 for a second straight season and the fourth time in Dawn Staley’s 15 years as coach.

O’er the field Ashlyn goes, blocking all the way 🎵

This figured to be a challenge for the Chanticleers (5-6), who have just two players 6 feet or taller while South Carolina had 10.

And just about every Gamecock got the chance to show out as Staley mixed-and-matched her deep, talented roster.

South Carolina led 13-2 less than five minutes in and steadily built the lead to 36 by halftime. The Gamecocks’ trademark defense didn’t fade, no matter who Staley put on the court.

They outrebounded Coastal Carolina 34-12 and had 12 blocks the first 20 minutes.

Boston had three of her team’s season-high 16 blocks, including one where she chased down Amaya Adams, who had stolen the ball and was moving towards the basket when the reigning AP Player of the Year knocked the shot out of bounds.