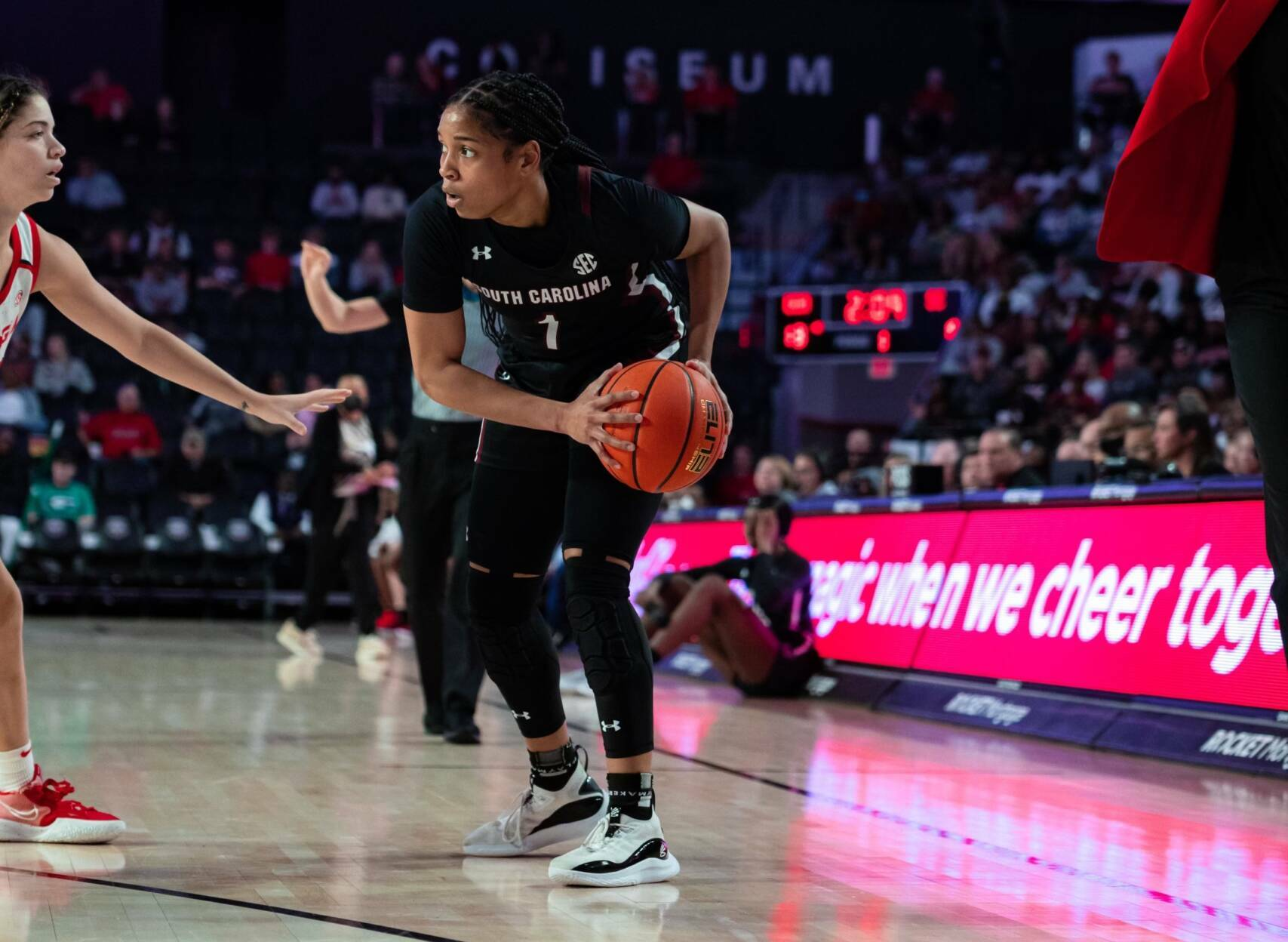 ATHENS, Ga. (AP) — Zia Cooke scored a career-high 31 points and No. 1 South Carolina recovered after trailing throughout the first half to beat Georgia 68-51 on Monday night.

Cooke, who has scored 14 or more points in six consecutive games, helped fill the scoring void for the Gamecocks. Cooke made four of 12 3-pointers and 11 of 13 free throws.

No other South Carolina player scored in double figures. Aliyah Boston, the reigning AP Player of the Year, scored a season-low four points, her second consecutive game in single figures. Boston made only one of six shots from the field and had five rebounds.

South Carolina (14-0, 2-0 Southeastern Conference) took its first lead at 35-33 on Brea Beal’s 3-pointer with 5:44 remaining in the third period. Kierra Fletcher followed with a basket to cap the Gamecocks’ 9-0 run.

Georgia (11-5, 0-2) started strong but was denied its first win over a No. 1 team since beating Louisiana Tech in the 1996 NCAA Tournament. The Lady Bulldogs’ last win over a top five team came against No. 2 Texas A&M in the 2021 SEC tournament.

Audrey Warren led Georgia with 12 points. Brittney Smith and Javyn Nicholson each had 10.

The Gamecocks were slowed by poor shooting in the first half. Boston missed her only two shots from the field and made two second-quarter free throws for her only points of the half.

Boston ended her field-goal drought by making a layup to open the second half but then missed her next three shots.

THEY DON’T CALL HER QUEEN FOR NOTHIN’!! @QueenBrea_1 puts us in the lead 👑