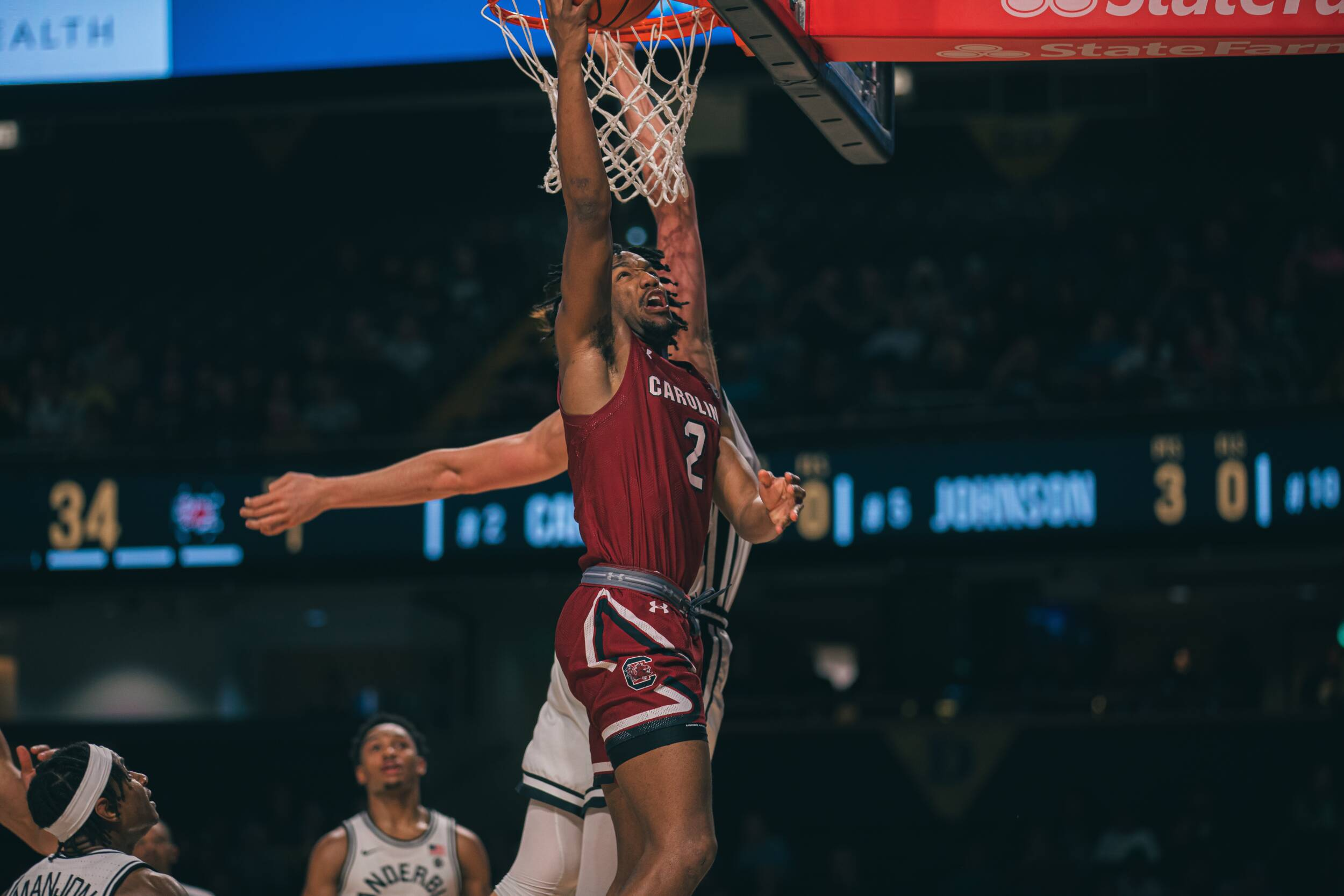 Gamecocks Fall in OT at Vanderbilt in SEC Opener

Despite their 22-for-35 effort from the free-throw line, the Commodores went 12 for 15 from the line in overtime to seal it with Manjon and Robbins the only Vandy players going to the line.

Reserve Jordan Wright scored 13 points for Vanderbilt, which saw its bench account for 64 points. Tyrin Lawrence was the only starter to score in double figures with 10 points.

South Carolina tied it at the end of regulation on its frantic final possession when Meechie Johnson found a wide-open Hayden Brown who laid it in underneath the basket without landing on the ground upon the receiving the pass with .3 seconds left.

Robbins’ put-back basket following Manjon’s miss on a reverse-layup attempt put Vanderbilt ahead 63-61 with 3:20 left, its first lead in more than 13 minutes.

South Carolina coach Lamont Paris was seeking to become the first coach in program history to win his first SEC road opener. The Gamecocks joined the league in 1991-92.

South Carolina host No. 8 Tennessee on Saturday. The Commodores travel to No. 20 Missouri on Saturday.