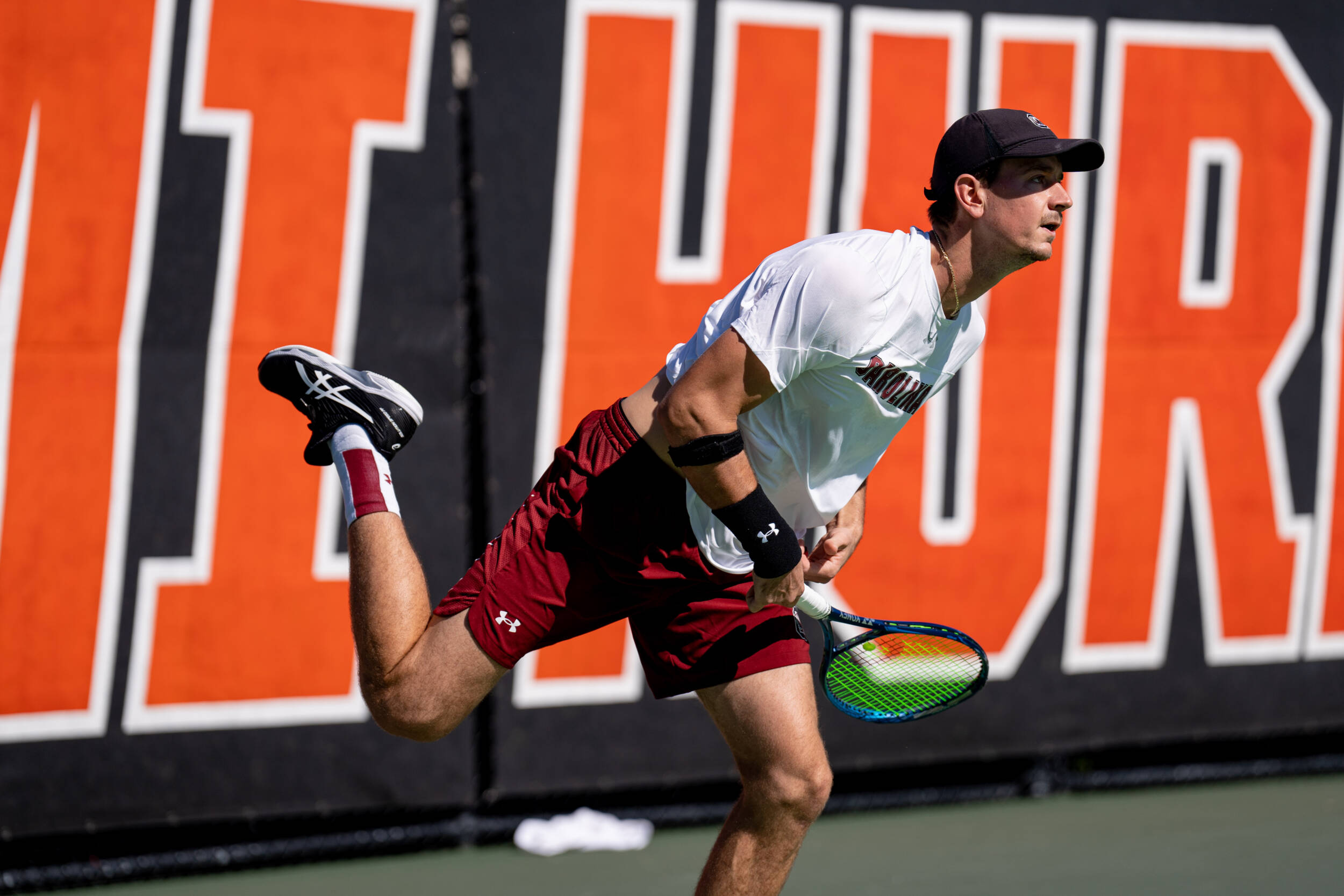 Coral Gables, Fla. – South Carolina men’s tennis kicked off spring action with seven total wins on the first day of action at the Miami Spring Invite. All six participating members of the squad came away with at least one win on the day. The team tallied three doubles wins and four singles wins.

The Gamecocks started the day in doubles which were played as eight point pro style sets. The duo of graduate Raphael Lambling and junior James Story joined forces again for the first time since the NCAA Tournament in May 2022. The duo had a close match that was forced to a tiebreak, but came out on top 8-7 (7-5).

Doubles All-American Connor Thomson paired up with freshman Lucas da Silva to take down their opponents 8-5 and graduate Jake Beasley partnered with sophomore Casey Hoole, tallying an 8-3 win. The Gamecocks were perfect in doubles on the day.

In singles, Hoole added a ranked win to his ever-growing list. The sophomore took down No. 104 Evin McDonald of Texas in a comeback win. Hoole dropped the first set 4-6, then dominated the second set 6-1 to even the match. Hoole then earned a timely break to close out the match with a 6-4 final set.

South Carolina’s pair of graduates showed their experience with both Lambling and Beasley earning staright-sets wins over their opponents. Beasley put up a dominant performance over Nevin Arimilli of Texas, beating him 6-3, 6-2.

The final singles win of the day came from Thomson who was up 7-5, 6-5 when his opponent retired the match.

Play will continue at the Miami Spring Invite tomorrow with one round of singles beginning at 9 a.m. and one round of doubles at 1 p.m. Live stats will be available here and live streaming can be found on the PlaySight app. Live streaming will only be provided for matches against the host institution.