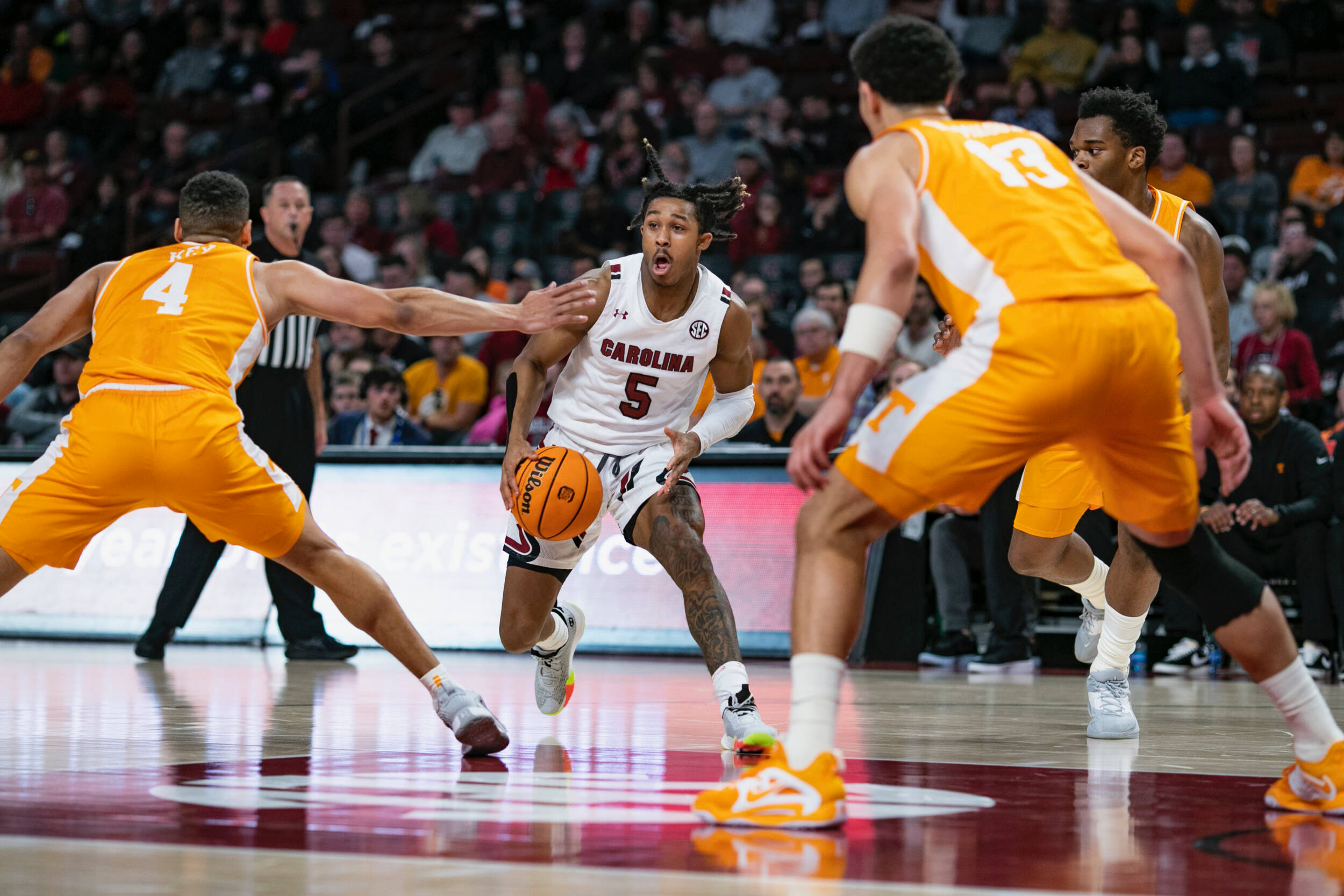 Gamecocks Defeated By No. 8/9 Vols Saturday

COLUMBIA, S.C. (AP) — Olivier Nkamhoua scored a season-high 21 points on 10-of-10 shooting and No. 8 Tennessee dominated from the start for an 85-42 victory over South Carolina on Saturday.

The Vols (13-2) started 3-0 in the Southeastern Conference for the first time in four seasons and showed the depth and talent to think that streak in the rugged league could continue.

Nkamhoua, a 6-foot-9 senior forward, led Tennessee with 10 rebounds for his second double-double this season.

Nkamhoua, who went 5 for 5 for 10 points in an 83-57 win over Mississippi State on Tuesday, continued his run of perfection against the Gamecocks.

He was a major part in the Vols’ quick start, scoring seven points the first 10 minutes as Tennessee built a 24-7 lead on the way to its ninth victory in the past 10 games with South Carolina (7-8, 0-2).

The Vols broke out to a 15-3 lead and never looked back.

South Carolina missed 10 of 11 shots during one stretch and settled for outside shots, which the Gamecocks struggled to connect on as they were 1 of 13 on 3s the first 20 minutes.

Tennessee took advantage of South Carolina’s defensive lapses to build a 43-21 lead at the break.

Tennessee was in such command that coach Rick Barnes called a timeout — the Vols led 40-21 — with 15.5 seconds before halftime to practice a late-game situation. It worked perfectly as the Vols worked the ball around to Santiago Vescovi, who drained an uncontested 3-pointer as the clock ran out.

Jonas Aidoo had 15 points, while Vescovi and Josiah-Jordan James added 12 apiece for the Vols, who shot better than 50% for the third time in the past four games.