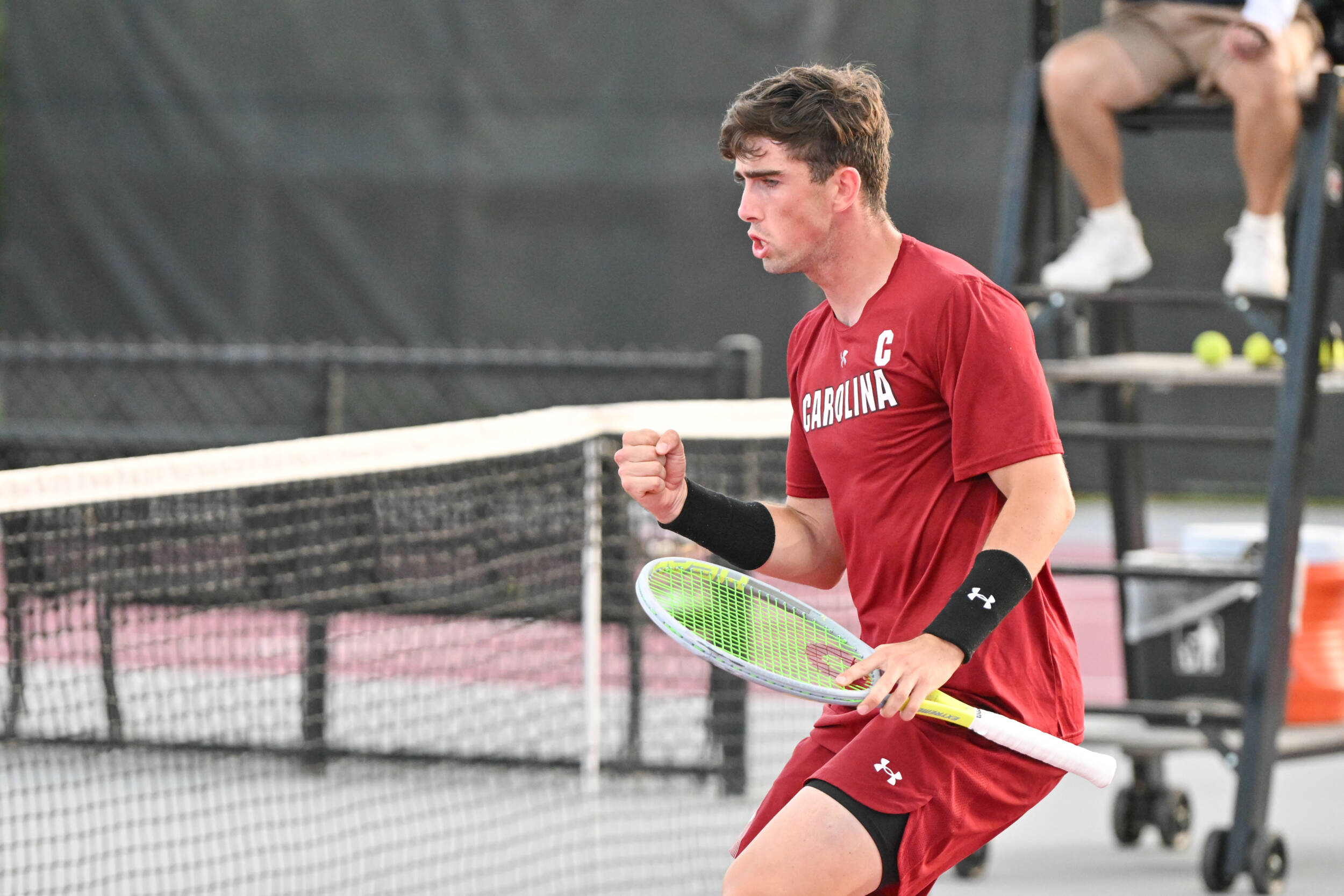 Coral Gables, Fla. – Three South Carolina men’s tennis players earned ranked upsets on the second day of action at the Miami Spring Invite. The team also came away with a pair of doubles wins on the day.

The Gamecocks began their day in singles where junior Connor Thomson secured the largest ranking scalp. Unranked Thomson faced off with Georgia’s Philip Henning who is ranked No. 10 in the nation. The first set was evenly matched and had to be settled in a tiebreak that Thomson came out on top of 7-6 (5). Henning evened the match, taking the second set 6-2 in his favor. Thomson dug deep to regain the upper hand and ultimately came out on top with a 6-2 win in the final set.

This win marks the highest ranked win of Thomson’s career. His previous highest win over a ranked opponent also came on behalf of Henning when Thomson defeated the then-No. 18 Bulldog during the regular season in March of 2021.

South Carolina’s pair of graduates again showed their experience with both earning ranked upsets. Raphael Lambling cruised through a straight sets win over No. 21 Blake Croyder, beating him 6-4, 6-2. Jake Beasley earned his win in a gritty three-set battle over No. 70 Teodor Giusca. Beasley took the first set 6-2, but Guisca fought back to take the second 6-1. With the match evened, the Gamecock fought hard to claim the final set 6-3 for the win. Beasley’s win over the nation’s 70th ranked player is the highest ranked win of his career.

In doubles, the duo of Lambling and sophomore Casey Hoole earned a strong 8-2 win while Beasley paired up with junior James Story to put up an 8-3 win.

Play will conclude at the Miami Spring Invite tomorrow with one round of singles beginning at 8 a.m. and one round of doubles at noon. Live stats will be available here and live streaming can be found on the PlaySight app. Live streaming will only be provided for matches against the host institution.