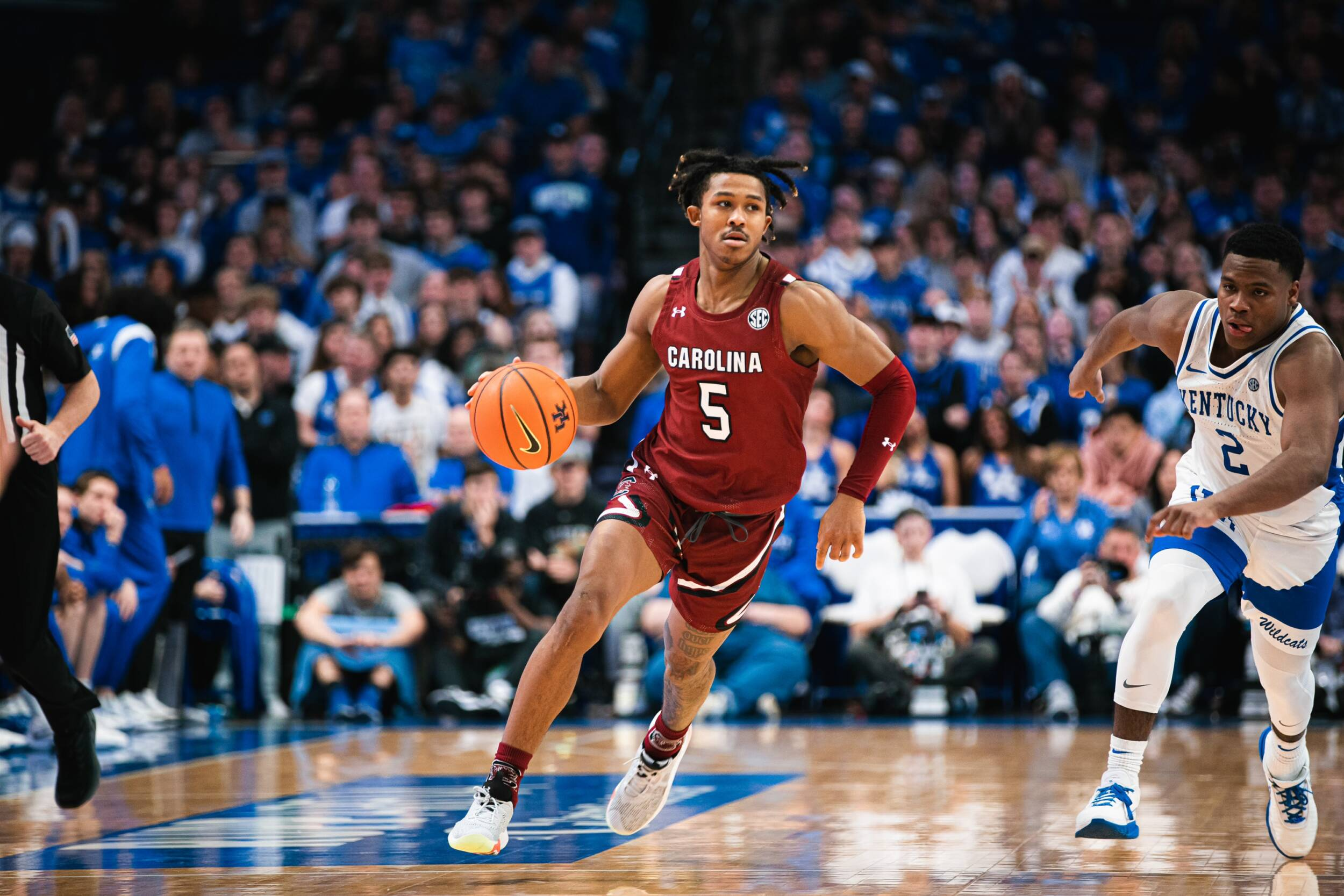 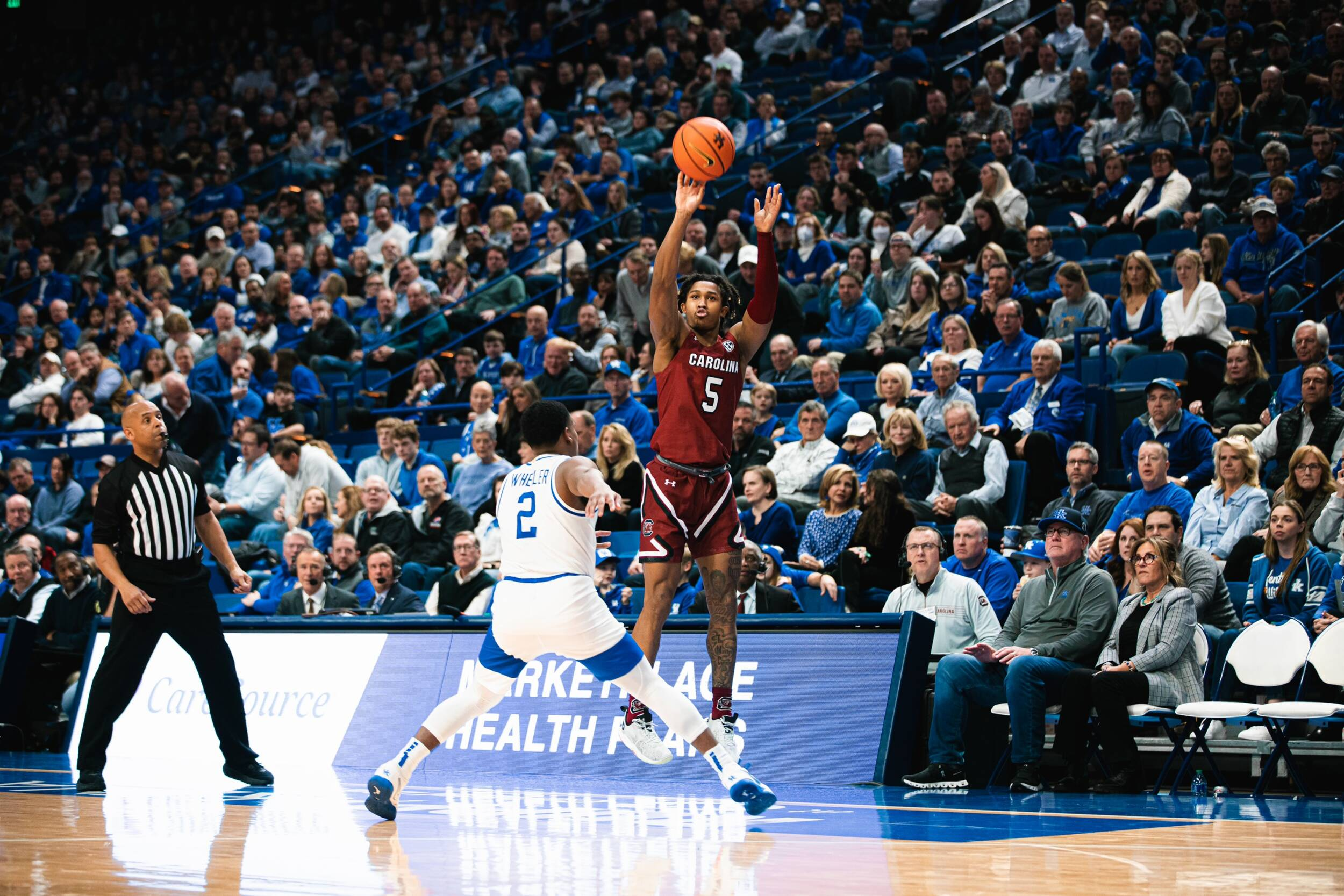 Johnson Leads Gamecocks to First Win at Rupp Since 2009

Kentucky had its SEC-leading 28-game home win streak snapped in what has been a decidedly disappointing start to the season with its worst start in SEC play since 1986-87.

Oscar Tshiebwe scored 19 points and grabbed 12 rebounds, his ninth double this season for Kentucky. CJ Fredrick added 14 points and Antonio Reeves 13, both off the bench. The Wildcats shot 51% but made just 3 of 10 from the arc and 7 of 14 from the line.

Kentucky was missing forward Jacob Toppin with a right shoulder injury and guard Cason Wallace left midway through the first half with a lower back issue. Both are double-figure scorers. Toppin’s status is day-to-day.

South Carolina led throughout and was up by 12 with 13 minutes remaining. Kentucky made a couple of runs at the Gamecocks and got within a point with 51 seconds to go after a 10-0 surge with Reeves and Fredrick hitting 3-pointers. Johnson then lost an inbounds pass out of bounds with 20.2 left, the fourth turnover during the Wildcats’ run. But Kentucky missed a pair of 3-point attempts to end the game.

Both teams were coming off lopsided losses to top-10 teams, Kentucky falling to Alabama 78-52 and South Carolina losing to Tennessee 85-42. But only the Gamecocks responded at the start, taking a 21-6 lead in the first seven minutes and a 42-32 halftime edge after shooting 57% with Johnson scoring 16 points.