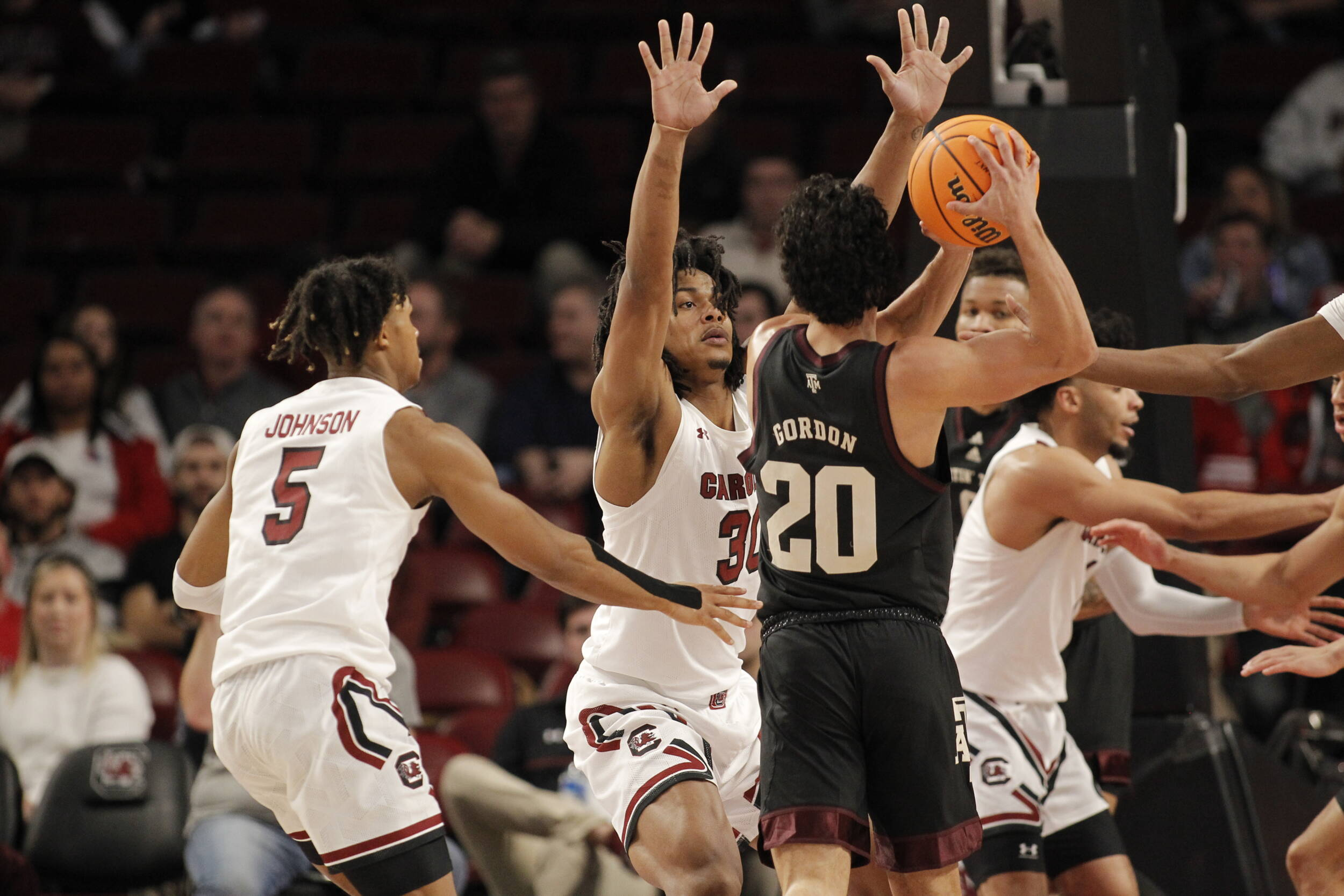 Aggies dominated on the glass, key to their victory Saturday at Colonial Life Arena

COLUMBIA, S.C. – Wade Taylor IV knocked down 8 of his 10 shots from the field, with his only misses coming from behind the 3-point arc where he was 4 of 6, and Texas A&M led wire-to-wire in a 94-53 rout of South Carolina on Saturday.

Taylor finished with 20 points to lead Texas A&M. Julius Marble and Dexter Dennis added 14 and 13 points, respectively. Henry Coleman III posted a double-double with 12 points and 11 rebounds and Khalen Robinson chipped in 12 points off the bench. In all, a dozen players figured in the scoring for the Aggies.

Texas A&M snapped a six-game losing streak to South Carolina. The last five losses to the Gamecocks have been by double-digits.

Texas A&M knocked off Florida 66-63 on the road on Jan. 4 for the program’s first-ever win at Gainesville and plays host for the rematch Wednesday in College Station. South Carolina plays host to Ole Miss Tuesday.