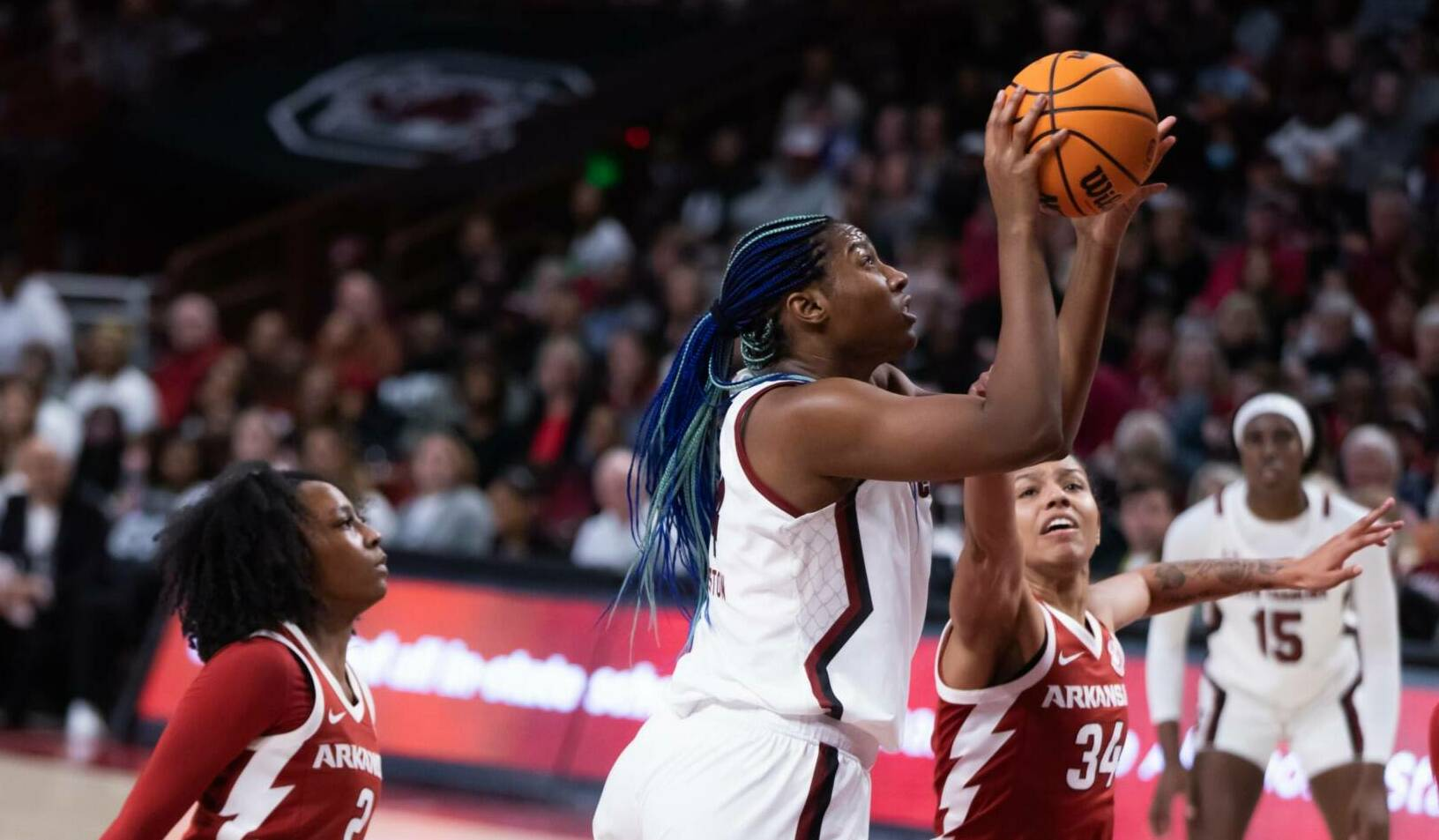 COLUMBIA, S.C. (AP) — Aliyah Boston had her record-setting 73rd double double with 13 points and 14 rebounds as No. 1 South Carolina moved to 20-0 with a dominating 92-46 victory over Arkansas on Sunday.

Zia Cooke scored 24 points to lead the Gamecocks (8-0 Southeastern Conference), who won their 26th straight and seventh in a row over the Razorbacks (17-5, 4-3). And just like much of the past four seasons, the 6-foot-5 Boston was right in the center of things.

Couldn’t have written a better opening to the second half. Thanks Zia 🤩

Boston, who tied the school mark set by Sheila Foster from 1979-82 at Vanderbilt this past Thursday, came out quickly with seven points and three boards in the first quarter. She was up to 11 points and six rebounds at the break.

Boston clinched the record with three rebounds on one offensive possession that she finished with a basket. She was taken out with 1:18 left in the third quarter to a loud ovation from the crowd — and South Carolina cruising 73-33.

Foster, now second in South Carolina double doubles, was in attendance. She smiled and waved to the crowd after Boston surpassed her.

Boston is 13 away from catching LSU great Sylvia Fowles for the SEC mark of 86 double-doubles set from 2004-08.

The NCAA mark is way out of reach. Oklahoma’s Courtney Paris had 128 from 2006-09 and Boston is widely expected to be the WNBA’s No. 1 overall pick after this season.

Cooke, the team’s top scorer this season, had 19 points by halftime as South Carolina blew things open in the second quarter by outscoring Arkansas 28-7 to lead 53-24.

Samara Spencer had 15 points to lead Arkansas, which was outrebounded 74-17 overall and 32-2 on the offensive boards.

Locked it up and knocked it down … theme of the game in one clip 👌 pic.twitter.com/OR7wB9B7DE

Can we all take a moment to congratulate and appreciate what @aa_boston has accomplished today while giving @GamecockWBB great Sheila Foster her flowers as we witnessed the all time double double baton being passed?!! Congrats Aliyah! Appreciate you Sheila! We are blessed!🐔🐔