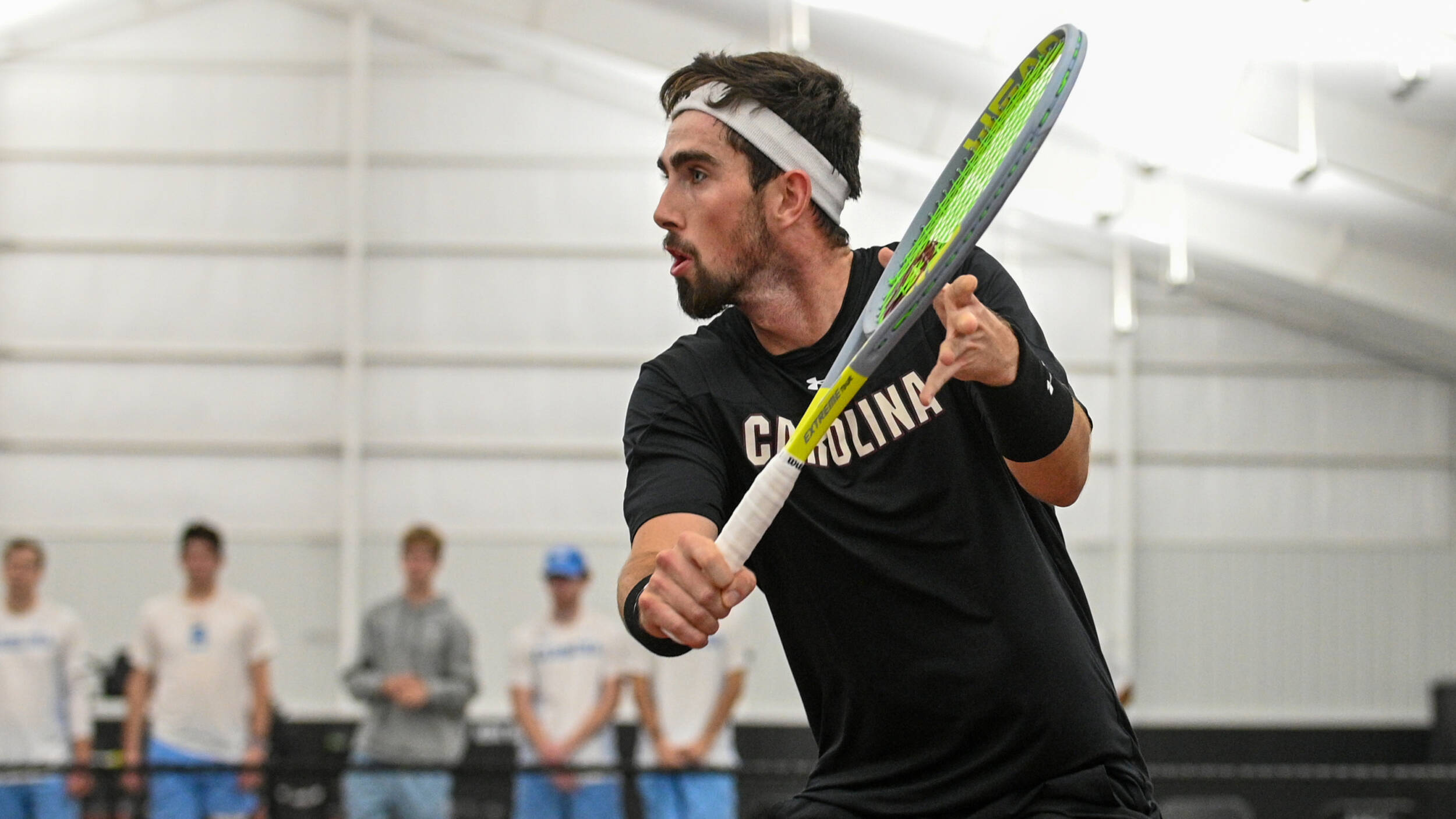 Columbia, S.C. – South Carolina men’s tennis junior Connor Thomson was named SEC Player of the Week, the conference announced on Wednesday. Thomson was perfect on the weekend, going 3-0 in both doubles and singles to help South Carolina to a 3-0 start to the season.

Thomson, a native of Glasgow, Scotland, started out his weekend of action by clinching the doubles point in South Carolina’s first dual of the season against Charlotte. He then went on to earn the first singles point for the team, allowing the Gamecocks to sweep the 49ers 7-0.

Against The Citadel, Thomson won his doubles match and then clinched the overall match win with his 6-0, 6-2 victory from the No. 1 singles position. The win marks his second career win from the top spot in the lineup.

Thomson’s most notable performance of the weekend came as he clinched the winning point to help No. 9 South Carolina defeat No. 18 North Carolina for the first time since 2003. Thomson led the team, providing energy and leadership to rally South Carolina from down 1-3 to a 4-3 match victory over the Tar Heels.

After falling to 1-3 in the overall match. The junior rallied players on adjacent courts to victory while simultaneously earning his own win over the nation’s No. 9 ranked player, Ryan Seggerman.

Thomson dropped his first set 4-6, but ran away with the second 6-2 to even the match. With the momentum on his side, the Scot battled back to take the final set 6-4, giving South Carolina the win.

Thomson’s win over the nation’s ninth-ranked player is the highest ranked win of his career. The junior had a previous career-high ranked win of No. 10 which came just two weeks ago at the Miami Spring Invite where he defeated Georgia’s Phillip Henning. Thomson is now on a seven-match singles win streak dating back through tournament play and is 5-2 against ranked opponents on the season.

The Gamecocks will be in action again this weekend as they host the ITA Kickoff Weekend. South Carolina will welcome teams from NC State, VCU and Penn to the Carolina Indoor Tennis Center. The Gamecocks will take on Penn on Sat., Jan. 28 at 11 a.m. and will play either VCU or NC State on Sun., Jan. 29 at a time to be determined. The winner of the weekend will advance to the ITA Indoor National Championships in Chicago, Ill.