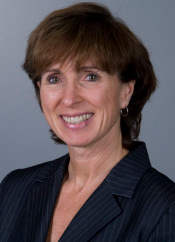 Lisa Boyer joined the South Carolina staff in May 2008, shortly after head coach Dawn Staley announced her intention to join the Gamecocks. Boyer has been the top assistant on a Staley-led staff since the 2002-03 season when she returned to the college ranks after five seasons coaching at the professional level.

In addition to South Carolina duties, Boyer has served as a scout/court coach for USA Basketball during Staley’s tenure as the Women’s National Team head coach. She first joined the process during the team’s 2017 training camp in Santa Barbara, Calif., and was part of the contingent that helped the U.S. to gold medals in the 2018 FIBA World Cup and 2019 and FIBA AmeriCup tournaments. Boyer was with the team at the 2020 Tokyo Olympics, where the U.S. brought home a gold medal, its seventh straight in Olympic action.

Boyer helped Staley lead Temple to five NCAA Tournaments and three Atlantic 10 Tournament titles in six seasons. She also keyed the recruitment of two players that would go on to be Temple’s first WNBA First-Round Draft Picks. In 2005, the Owls became the first team in A-10 history to go undefeated in the regular season when they posted a 16-0 mark in league play. That team went on to capture its second-straight A-10 Tournament championship and finished the season in the second round of the NCAA Tournament with a school-record 28 wins. Prior to falling in the second-round game against Rutgers, Temple had rattled off 25 consecutive victories, the nation’s longest winning streak of any men’s or women’s team that season.

Prior to her stint at Temple, Boyer spent six seasons coaching in first the ABL and then the WNBA. She began her career at the professional level in 1996 as the head coach of the Richmond (later Philadelphia) Rage. After guiding her first team to a 21-19 record, Boyer welcomed the arrival of Staley to the 1997 squad. Boyer later took an assistant coach position with the WNBA’s Cleveland Rockers in 2000. During her three years with the club, the Rockers advanced to the WNBA conference finals (2000). As part of her work with the Rockers, Boyer had the opportunity to serve on John Lucas’ Cleveland Cavaliers’ staff in 2001-02, becoming the first woman on an NBA coaching staff.

Boyer took the position with the Rage after 10 seasons as Bradley University’s head coach. With a 100 percent graduation rate throughout her tenure, she guided the Braves to a 15-13 record in her first season (1986-87). Boyer also posted winning records in 1989-90 (16-12) and 1991-92 (17-11) before leaving the program following the 1995-96 season. In her final four seasons at Bradley, she also served as the department’s senior women’s administrator and compliance coordinator.

Bradley was not Boyer’s first head coaching stop, however. She led Converse in 1982-83, just one year after getting her start in coaching as an assistant at Davidson. Following her single season at Converse, Boyer served as an assistant coach for one season at East Carolina, Miami (Ohio) and Virginia Tech, respectively.

A native of Ogdensburg, N.Y., Boyer was a standout forward for Ithaca College, from which she graduated with a bachelor of science degree in 1979. She also earned a master of education degree from UNC Greensboro in 1982. For her 30+ years in coaching and shaping both professional and collegiate players, Boyer’s alma mater honored her with induction into the Ithaca College Athletics Hall of Fame in 2014.