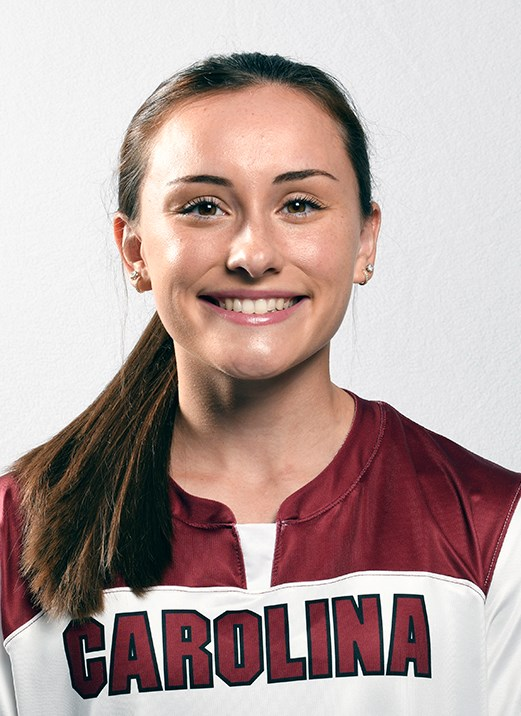 2020-21: Played just 10 matches during just the fall portion of the split, and shortened, season due to injury… Named captain prior to the start of the season… Started eight matches for the Gamecocks and finished with eight shots, one on goal in 409 minutes on the field… Announced she is returning for an additional year of eligibility in the fall of 2021.

2019: Played in all 24 matches for the Gamecock, starting in 16… Scored a career high six goals and added four assists… Was tied for the second most points on the team with 16 and was tied for first with six goals… Led the team in shots with 47 and led the team in shots on goal with 21… Was second on the team with three game-winning goals… Scored game-winning goals against Notre Dame (Sept. 12), Alabama (Sept. 26) and Missouri (Oct. 4)… Scored an NCAA Tournament goal against Samford (Nov. 16)… Scored the insurance goal in the SEC Tournament semifinals against Vanderbilt (Nov. 7)… Scored an insurance goal against William & Mary (Aug. 25)… Had at least one point in three straight matches (at Auburn, vs. Georgia, vs. Vanderbilt)… Fired off a season-high six shots against Samford, three being on goal… Registered at least four shots in four matches for Carolina… Played in a season-high 75 minutes against Washington State in the NCAA Tournament.

2018: Started in all 21 of Carolina’s matches… Made her first career start against Fordham (8/17)… Notched first point of the season against the College of Charleston (8/19) with an assist in the 2-0 win… Finished season with five points and a team-high 48 shots, with 15 on goal… Registered a career-high six shots against No. 12 Vanderbilt in the 0-0 draw… Scored first goal of the season against Missouri (10/18), scoring the gamewinner in the 19th minute… Scored second game-winning goal of the season against Texas A&M (10/30) in the SEC Tournament.

2017: Appeared in all 23 matches for Carolina…led all Gamecock freshmen and ranked third on the team with 13 points on five goals and three assists…her five goals and three-game-winners both stood as the third-best mark among Gamecocks…was one of two Carolina freshmen to total double-digit shots on goal…netted two goals in the final 13 minutes to hand the Gamecocks a 3-2 overtime victory against Mississippi State (10/5)…tallied the decisive goal in Carolina’s 1-0 win over Wisconsin (11/17) in the second round of the NCAA Tournament, scoring from the top of the box…registered the game-winner against High Point (8/27)…finished the year with 25 shots and 14 attempts on frame.

PRE-COLLEGE: Played club soccer at Players Development Academy (PDA) of the Elite Clubs National League (ECNL)…helped guide PDA to the New Jersey State Title in 2009, 2010, 2011 and 2012…PDA captured the 2011 U.S. Youth Soccer Regional Championship and advanced to the finals in 2012…member of the PDA teams that were ECNLNational Finalists (2013, 2014)…listed as a standout at the ECNL event in San Diego in 2016…grabbed First-Team All-State, All-Conference and All-Group 4 honors while playing for Hunterdon Central Regional High School in 2016…led Hunterdon Central to the 2016 NJ Group 4 State Championship and is in contention for the NJ Gatorade Player of the Year Award…tabbed the New Jersey Girls Soccer Player of the Year and the Hunterdon County Democrat Player of the Year in her senior season…also selected as the 2016 Skyland Conference Player of the Year… landed on the First-Team All-Conference and All-Area squads in 2015…grabbed Second Team All-State laurels in 2014 after helping her team reach the NJ Group 4 State Finals…totaled 43 goals and 39 assists throughout her high school career.

PERSONAL: Born Sept. 26, 1999…daughter of Lisa Michaels and Anthony Zullo…earned a spot on HunterdonCentral’s Academic Honor Roll each year while at high school…member of the Spanish Honors Society… Is joined by her sister Corinna Zullo in Columbia on the women’s soccer team… Earned her bachelor’s degree in December of 2020 in sport and entertainment management… Graduated with her master’s degree also in sport and entertainment management in May of 2022.

COACH SMITH ON LUCIANA: “Luciana brings a great combination of pace, skill and toughness to the field. She is a left-footed wide player who has played in the back and up top. She has done a good job getting forward when she plays out wide in the back. She is very good 1v1 and excellent at finding runners in the box to set up scoring chances. She can play either side of the field, but she has a tremendous left foot.”