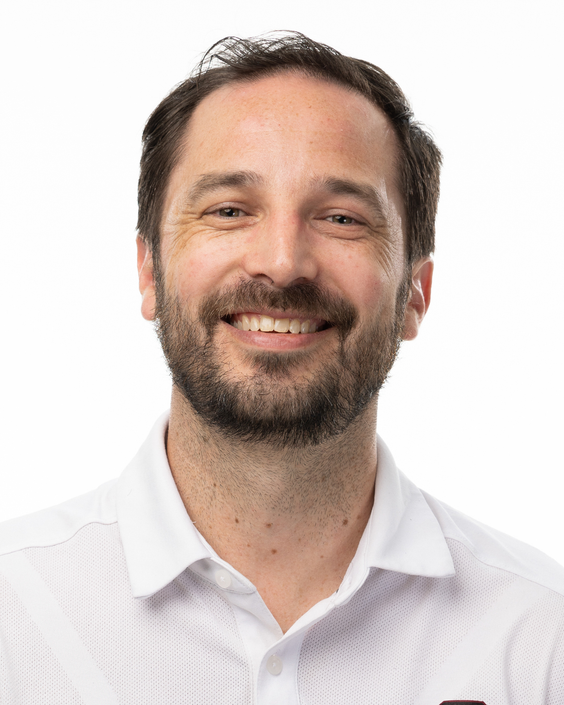 Tom Mendoza was hired as South Carolina volleyball head coach in January of 2018 and already has made program history as the first Gamecock coach to lead the team to back-to-back NCAA tournament trips in their first two seasons at the helm. He earned his 50th win at South Carolina on Feb. 27, 2021 against No. 25 Missouri, making him the fastest Gamecock coach to reach 50 wins based on the available records, including a faster start than the two winningest coaches in program history – Kim Williams (226 wins) and Bonnie Kenny (171).

The quick success stems from the team’s quick turnaround in SEC play; South Carolina had double-digit conference wins in each of Mendoza’s first three seasons, the only other time that has happened in Gamecock history was from 2000-02 in Coach Williams’ eighth, ninth and tenth seasons in Columbia.

Bringing back all six starters from 2020-21 and a stellar recruiting class, the Gamecocks dived head-first into a challenging 2021 campain. The team went 8-2 in a non-conference schedule that included four future NCAA tournament teams, helping produce a resume that earned South Carolina an at-large bid to the 2021 NCAA tournament. Following the regular season, Kyla Manning and MIkayla Robinson were named to the All-SEC team and Lauren McCutcheon made the conference’s All-Freshman team. It was the first time since 2002 that the Gamecocks received three or more postseason honors from the conference’s coaches. Manning also earned AVCA All-Southeast Region team recognition.

Facing an unprecedented year in 2020-21, Mendoza guided the team to a 12-10 record in an abbreviated, SEC-only schedule due to the COVID-19 pandemic. The season was highlighted by the program’s first national ranking since 2002 and wins over No. 4 Florida and No. 25 Missouri. Individually, Mikayla Robinson became the eighth member of the program to ever receive three All-SEC honors in a career and Riley Whitesides made the conference’s All-Freshman team.

The team’s 20 wins in 2019 are tied with Mendoza’s 20-win team in 2018 for the most in a single season over the program’s last decade of action, and the first back-to-back 20-win seasons since 2001-02. Carolina’s 11 wins in SEC play were also the most since 2008. The team advanced to the second round of the tournament and earned win No. 20 after upsetting Colorado State – then ranked tenth in the country – in the opening round of action. It was the program’s first win over a team ranked in the top-10 nationally since 2006. Individually, Mikayla Shields and Mikayla Robinson both earned All-SEC honors for the second year in a row; the Gamecocks hadn’t had multiple student-athletes on the all-conference list in back-to-back seasons since 2002.

In his debut effort in the fall of 2018, he guided the team to its first NCAA tournament appearance in 16 years and an eight-win improvement from 2017. The Gamecocks jumped over 100 spots in the RPI rankings from year-to-year, and capped the season with a win over Colorado in the first round of the NCAA tournament, the team’s fifth tournament win in 46 seasons. The team’s 20 wins were the most since 2008. In SEC play, the team went from 5-13 to 10-8, its highest win total in a decade. In the postseason of year one, Mikayla Shields and Mikayla Robinson made the All-SEC team, and Shields made the AVCA’s All-Region and Honorable Mention All-America teams.

Mendoza became the 13th head coach in Gamecock volleyball history on Jan. 3, 2018, coming to Columbia after two seasons as head coach at High Point University, where he led the Panthers to 47 wins and back-to-back NCAA tournament appearances.

Mendoza’s High Point team won 24 matches in 2017, the second-most in the program’s Division I era. Thanks to a non-conference schedule that included wins over Oklahoma, Georgia and Ohio, the Panthers were in rare company as a mid-major program earning an at-large bid to the NCAA tournament. It was the team’s third NCAA berth overall, and was the first volleyball at-large bid in Big South Conference history. In the postseason, Mendoza was named Big South Coach of the Year and the American Volleyball Coaches Association (AVCA) Southeast Region Coach of the Year.

Before taking over at High Point, Mendoza helped lay the foundation for one of the top indoor program in the country – Creighton University. He was with the Bluejays from 2010 to 2015, and rose to the role of associate head coach and recruiting coordinator during his final three seasons.

During his six years in Omaha, Mendoza helped the program win 20 or more matches five times, with five conference titles, five NCAA Tournament bids and a berth in the NCAA Sweet 16 in 2015. High Point and Creighton had one combined NCAA appearance in its respective histories before his arrival.

His stops before Creighton included one season at Evansville as an assistant, and two seasons as a volunteer coach with Michigan State. The Spartans made the Sweet 16 in 2007, his first season on staff.

The Buffalo Grove, Ill. native was a three-year letter winner at Newman University and a one-year letter winner at Lewis University, and was a NAIA All-American as a setter. He received his bachelor’s degree in management information systems from Lewis in 2007. Mendoza is joined in Columbia by his wife, Megan. The couple has two dogs, Jay and Ace.