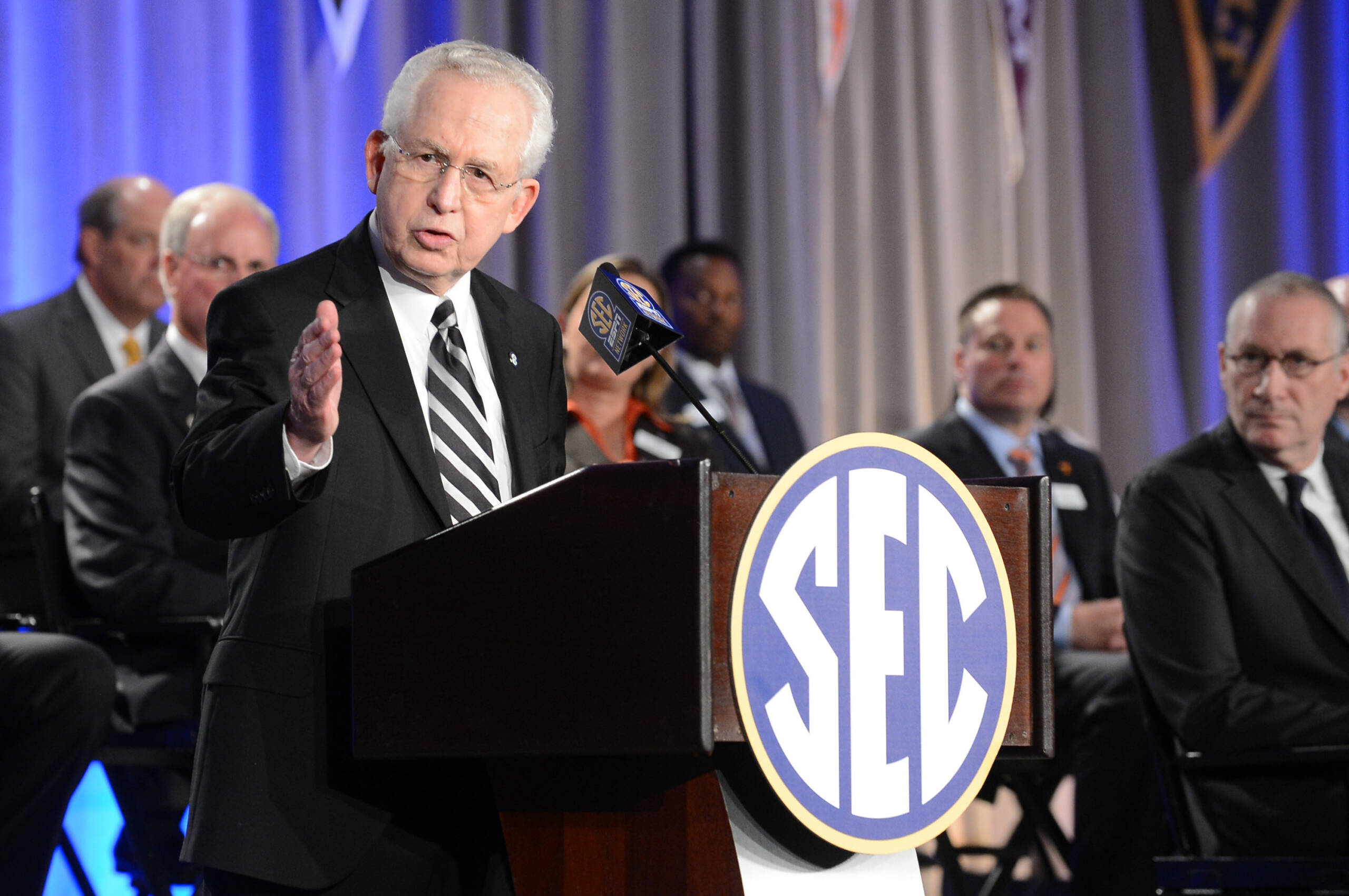 On July 1, 2002, Michael L. Slive became Commissioner of the Southeastern Conference. He came to the SEC from Conference USA, where he was Commissioner for the previous seven years.

Commissioner Slive inherited a league that was at the top of its game but challenges lay ahead. There were issues in NCAA compliance. The media landscape was changing and competition around the nation was increasing. His ethics also directed him to use his leadership role to increase opportunities for those who wanted to compete and coach in intercollegiate athletics.

Commissioner Slive has made NCAA and SEC rules compliance a mandate in the league. Within his first two years as Commissioner of the SEC, the league developed its “Task Force on Compliance and Enforcement.” It has been a blueprint for the league that significantly reduced its trend of NCAA compliance matters to the point where now it’s hardly ever spoken.

Intercollegiate athletics is one of the most competitive endeavors in our society. There is not only fierce competition on the playing courts and fields, but also in meetings rooms and planning sessions. It happens at the institutional level and the conference level.

Under Commissioner Slive, the SEC pulled away from the rest of the nation. The formation of the SEC Network gave the conference a platform where all of its sponsored sports can be seen nationwide, taking advantage of the digital as well as the linear platforms. All of this, while securing the financial health for the long-term betterment of the league.

A lot has been written and said about the national championships of the SEC … Seven straight BCS championships, 78 team national titles during Slive’s tenure as Commissioner. What is more revealing and incredible to that success is the depth of achievement inside the league.

Since 2006, the SEC has had a national champion in 17 of its 21 sponsored sports. Eleven of the league’s 14 teams have captured multiple national championships under Commissioner Slive’s tenure (including three by South Carolina).

The Commissioner also felt strongly that the ties that bind the SEC together need to extend outside of the athletic arenas. In 2005, SECU, the SEC’s academic initiative, was created to increase the academic cooperation across the league by linking the resources of the conference’s member institutions. The SEC honors a Professor of the Year through a Faculty Achievement Awards program and hosts an annual SEC Symposium (led by the University of South Carolina in 2014).

The Commissioner initiated the annual Minority Coaches Database for the league, an annual compilation of names and biographical information of every minority head and assistant football coach on the Division I level. The database is distributed to every SEC school and every conference in Division I. Under Slive’s tenure, the SEC hired its first African-American head football coach (Sylvester Croom, Mississippi State). The SEC has had four additional minority head football coaches while Commissioner Slive has led the league.

These facts along with many other projects and initiatives have set the SEC apart during Commissioner Slive’s time as the leader of the Southeastern Conference. He cares immensely about the wellbeing of student-athletes and seeing to it that coaches and Universities have the means necessary to support their student-athletes.

I have often said to others, that Commissioner Slive is the greatest combination of intellect and empathy that I have ever come across. Working with him for more than 10 years was a tremendous opportunity. He cares … not only for those who he works with, for student-athletes, coaches, staff, fans and others, but he is passionate about the mission of higher education and intercollegiate athletics. That, among other things, is the legacy he leaves as Commissioner of the Southeastern Conference.