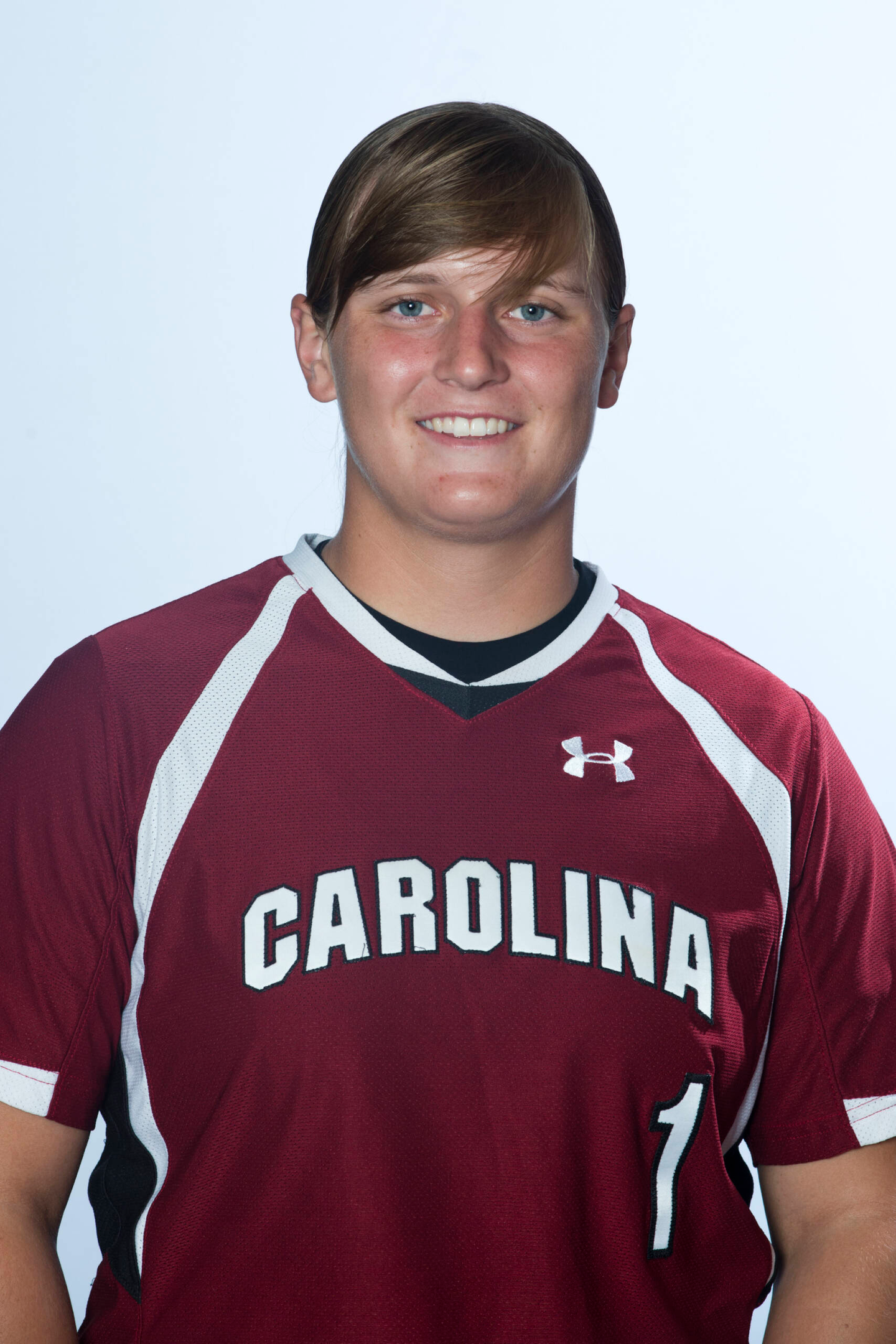 Macey Webb, Sophomore, Utility, South Carolina
In the last year, Webb volunteered at the 5K Tunnels to Towers event in Columbia, at the Frye Foundation 5K run and at the Gamecocks 6K event. She also walked in the Light the Night Walk to help raise awareness for the Leukemia and Lymphoma Society. She was a part of a group of Gamecocks to speak at Hammond School and teach them about softball. During the summer of 2014, Webb helped at a vacation Bible school and went on a mission trip to Honduras, where she worked a sports camp for special needs kids. Also part of the mission trip, Webb visited hospitals and participated in street ministry. She was a member of the SEC First-Year Academic Honor Roll and a NFCA Scholar-Athlete in 2013-14.

Sydney Littlejohn, Sophomore, RHP, Alabama
Littlejohn led the team in community service hours this season, participating in a wide variety of community service projects. Late last September, she worked with Habitat for Humanity to help build a house in the nearby town of Northport after the area had suffered tornado damage. Earlier in the month, she spoke to at risk youth as a part of the Crossing Points program, a collaborative initiative between the University of Alabama and the Tuscaloosa City and County School Systems. Littlejohn and many of her teammates also spent time at the Glen Haven Health and Rehab facility visiting with elderly patients and also had similar visits later in October at the Forest Manor Health Care Center. The Manderson Cancer Center also hosted a “Just For You” day to honor cancer survivors and Littlejohn was one of many UA student athletes who tried to make the day special for young cancer survivors. At nearby Central Elementary School, she talked a group of 5th graders about the importance of a good education towards their futures. At Arcadia Elementary School, she spoke to a group of students about teamwork and the importance of respecting their teachers, coaches and parents. In one of the most fun activities every year, she helped set up and run the annual Halloween Extravaganza held at the indoor football field where local children can come dressed in Halloween costumes and interact and play games with Alabama student athletes.

Megan Pearson, Senior, IF/1B, Arkansas
Pearson participated in “Book Hogs” by reading to local elementary school children and talking about the benefits of reading. She spent time at local elementary schools in a program called “Sweat Hogs,” discussing the importance and benefits of physical fitness and healthy eating, and visiting the Veterans Hospital in Fayetteville and interacting with patients. Around the holiday season, Pearson visited local retirement homes interacting with patients and helping to spread holiday cheer. She participated in the Red Ribbon Rally – an event attended by more than 1,500 local elementary children – promoting the message of working hard in school and making good decisions in life such as staying away from drugs. Pearson helped organize the annual Canned Food Drive to donate to the food pantry on campus around the Thanksgiving holiday. She was a part of the “That’s so 6%” campaign on campus against rape (the campus-wide initiative is partnered with the nationwide initiative). Pearson participated in “Shop with SAAC (Student-Athlete Advisory Committee),” helping raise money that was used to take needy local elementary children shopping during the holiday season. She also helped fundraise for the Top Hog Talent Show, where all event proceeds went toward the Yvonne Richardson Center, benefitting area boys and girls.

Jordan Rocker, Junior, Outfielder, Auburn
Rocker volunteered time for “End Child Hunger’s – Blessings in a Backpack” with the Jason Dufner Foundation, stuffing backpacks full of food for children that sometimes do not have healthy meals outside of school hours. In January, she visited VA hospital in Birmingham during team’s preseason training camp. Rocker helped put on a free softball clinic for kids in the Auburn area before the season began. She was also part of team initiative for “Operation Family Flight,” which gave area foster kids a Christmas party that included meeting Santa, receiving gifts and playing games with the Auburn softball team. Rocker is the Athletics representative for “Committee of 19,” a student organization leading the “War on Hunger.” She and the rest of the committee focus on creating awareness about hunger-related issues internationally and in Auburn.

Paige Wilson, Senior, Shortstop, Georgia
Wilson volunteered with the annual Home Runs for Hometown Rivals event through the Special Olympics at UGA. She participated in the SOAR 5K, and donated time and resources to the Project Angel Tree project. Wilson volunteered with the Safe Routes to School program as well as at the Food Bank of NE Georgia. She adopted a family for Thanksgiving through SAAC, and helped write letter to deployed soldiers serving overseas. Wilson donated time to the Hunger Bowl Canned Food Drive and participated in the U.S. Marine Corps Toys for Tots program. She adopted a family for Christmas, and donated time and raised awareness for Breast Cancer prevention.

Griffin Joiner, Senior, Catcher, Kentucky
Joiner has been very active in the Lexington community since arriving on campus, recording countless community service hours. Most recently, Griffin helped mentor students at Dixie Elementary School, spending time during the fall semester reading and helping students with work. The last two years, she has spent several hours before UK football games walking around tailgates collecting money for the United Way and helped organize teammates to help as well. She regularly volunteers at the Ronald McDonald House on campus, rings the bell for Salvation Army and has been active in UK Athletics Backpack Program, which supplies food for children during the weekend from less fortunate homes. Each of the last two holiday seasons, Griffin has helped collect blankets for the UK Children’s Hospital and delivered those blankets. Other community service projects include helping at Miracle League, packing meals at Southland Christian Church for “Hope for Haiti” service project and volunteering at Big Blue U, introducing incoming freshman to campus life at UK. A top-10 finalist for the 2015 Senior CLASS Award, Joiner was named national player of the week last season, becoming only the fourth player in school history to claim a national player of the week honor. She has earned several postseason honors and is only the third player in school history with four or more All-SEC honors. Joiner was named to the SEC All-Freshman Team in 2012, Second-Team All-SEC and All-SEC Defensive Team in 2013 and All-SEC Defensive Team in 2014.

Sandra Simmons, Junior, Infielder, LSU
Simmons has earned over 70 hours of community service work on the LSU softball team, lending her time to various organizations in and around the Baton Rouge area. Was a member of the first-annual Camp Climb over the summer with Cancer Services, a day a fun for the children who have had a parent or guardian diagnosed with or have survived cancer. Simmons has volunteered with local youth softball teams in the area, spending time as an instructor, putting on clinics and serving as a coach. Simmons has helped in LSU’s annual Geaux Play day where the Miracle League comes and gives children with mental or physical disabilities a chance to play in an organized league game at Tiger Park, while also helping with the team’s annual Geaux Teal event which raises money and awareness for women battling ovarian and other GYN cancers. Simmons has also volunteered her time at a local church that provides child care services.

Lauren Lindsey, Senior, LHP, Mississippi
Lindsey has been active in the Oxford and Ole Miss communities during her four-year career as a Rebel. She has assisted with Tornado Relief Aid for Columbia, Mississippi as one of her many community outreach efforts. She has also given freely of her time, serving as a volunteer at LeBonheur Children’s Hospital and a volunteer at the National Civil Rights Museum. Lindsey has also actively supported literacy in Mississippi by participating in the Reading With The Rebels program to read with local elementary school children. She has also endorsed active living and physical fitness by providing hitting and pitching lessons with clinics throughout the Oxford and Ole Miss community.

Alyssa Cousins, Senior, Catcher/DP, Missouri
Cousins spent 28 hours volunteering for the Central Missouri Food Bank over the course of an academic year. She helped package foods and distribute to local food pantries where those in need could be fed in the Columbia area. With Mizzou Athletics, Cousins went down to Joplin, Mo., where relief of the devastating tornado is still going on. She helped paint newly built houses in the area. Cousins volunteered at various elementary schools and helped the children learn about the benefits of a healthy lifestyle through physical activities in their gym class. She helped kids in the CASA program that aids kids who have been neglected or abused. Cousins taught them the basic fundamentals of softball and baseball while playing fun games and doing drills. With the CASA Superhero 5K, she aided in the organization production of the CASA event that raised money for the non-profit. Cousins has worked as an umpire in youth leagues, and provided her knowledge of the game of softball at softball camps to campers through drills and hands-on instruction. At the SEC Tennis Championship, Cousins volunteered at the event hosted by Mizzou and helped with the trophy presentation and with crowd control throughout the weekend. She made the SEC Spring Honor Roll, and was given the Three Stripes Award, which is given by Mizzou’s Total Person Program to student-athletes that consistently excel academically, athletically and in the community.

Erin Gabriel, Junior, Pitcher, Tennessee
Gabriel has led the Tennessee softball team in its community service efforts this year, working with the members of the community and raising awareness and funds for charitable causes. In September, Gabriel took part in charity softball games, working with mentally-disabled athletes and raising awareness for autism. In October, she participated in Tennessee’s annual Light The Night Walk for the Leukemia & Lymphoma Society and interacted with local children at UT’s annual Halloween celebration, Voloween. In November, she was a part of the Race for Summit for the Pat Summitt Foundation and helped serve members of the community at a special Thanksgiving Dinner hosted by UT Athletics. In January, Gabriel participated in Knoxville’s Martin Luther King Day Walk. A five-time honoree on the University of Tennessee’s Dean’s List, Gabriel was named to the 2013 SEC First-Year Academic Honor Roll and the 2014 SEC Academic Honor Roll.

Rachel Fox, Senior, Pitcher, Texas A&M
Fox created, organized and executed the Down Right Perfect game with a local Down Syndrome Awareness organization, inviting local children ages 13-18 to spend time and play on the field with the team. She also volunteered with Down Syndrome Association of the Brazos Valley. Fox assisted with Hard Hats for Little Kids, an organization that teaches helmet safety to local youth, and helped with Aggies Move, an organization that promotes a healthy lifestyle at local elementary schools. She volunteered with Elder Aid building homes for the elderly in the local community, and worked with the Brazos Valley Food Bank in organizing food stores for local patrons. Fox serves as Softball’s Student Athlete Advisory Committee (SAAC) representative. She volunteered with Aggie Pals, and was a member of Best Buddies volunteer group – working with local special needs children and families.