Kanervo Hopes to Represent Homeland After Serving It in the Army

Jussi Kanervo has served his country, and now he hopes to represent it in the Olympics. The 22 year-old native of Finland and junior hurdler on the South Carolina track and field team is just happy to be back on campus competing for the Gamecocks after spending the last six months in Helsinki, serving in the Finnish Army, where he trained as a scout. 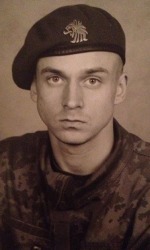 Finland requires military service for all men after their 18th birthday for a minimum of five and a half months, and it can be postponed due to studies, work or personal reasons until the age of 28. Kanervo initially delayed his entry in the army so he could come to the University of South Carolina to develop his athletics skills while studying business management. However, when Finland announced that as of January 1, 2016, the military service requirement would expand to 12 months, Kanervo thought it was best to complete his service so he could return to the university sooner with the hopes of qualifying for the 2016 Summer Olympics.

“This was the perfect time for me to go into the army. It is a little difficult to get back into training for track now because I wasn’t able to do normal track workouts because of a (minor) injury. The last time I put my spikes on was last July, so it feels good to be back.”

Kanervo’s stint in the military is not completely different to his life as a student-athlete is some regards.

“When I first got here, we had to do pretty much everything that coach asks us to do,” Kanervo said. “So that was kind of the same. Just following orders.”

As a college student, however, Kanervo is taught to think, but that wasn’t always the way during his military experience.

“In the army, you don’t really get to think,” Kanervo said. “They do the thinking for you, and you just do what they say. You’re used to doing whatever you want, and then all of that is taken away from you.”

I trust my coaches because they know what they’re doing.

Being an athlete, he didn’t find the physical training requirements terribly difficult, but there were psychological challenges.

“We had to cope with not having a lot of sleep,” Kanervo said. “During our first camp, we went out for four days and slept for maybe eight hours total. The purpose was to teach you how to cope with less sleep and how to react. We also learned how to shoot. I had never shot an assault rifle before. It was an RK 95, which was kind of like an AK 47.”

Kanervo took his training seriously and was twice reminded of the sacrifices and peril that can accompany military service as a soldier from another unit was accidentally killed by gun fire during training, and the army was put on alert after the terrorist attacks in France last November.

“When that happened, we were told that Finland would raise its defense level,” Kanervo said. “We just had to be ready because we would be the first people to go if something happened here.”

Now that he is back on campus, Kanervo is preparing to build upon what is already a nice resume, on and off the track. He earned First Team All-American honors at the outdoor nationals last year and second team All-American honors during the indoor season in the 60 meter hurdles. He had earned honorable mention All-American honors the previous year in the outdoor season for the 400 meter hurdles. Kanervo has also been named to the SEC Academic Honor after each of his first two years in school. After coming close to qualifying for the Olympics last year, Kanervo is eager to hit the track for a chance to qualify while running for the Gamecocks this spring.

“I ran a 49.66 in the European Championships where I got second place,” Kanervo said of his 400 meter hurdles race last year. “The qualification time for the Olympics is something like 49.40, so I’m not that far off.”

Kanervo said he earned a new respect for those who serve, and he has adapted some of his military regimen to his everyday life as a student-athlete in preparing for his future.

“I learned that things work better when you just do what coaches tell you to do,” Kanervo said. “Sometimes an athlete might question a coach or talkback about a workout. It works way better when you do what they tell you. I trust my coaches because they know what they’re doing.”