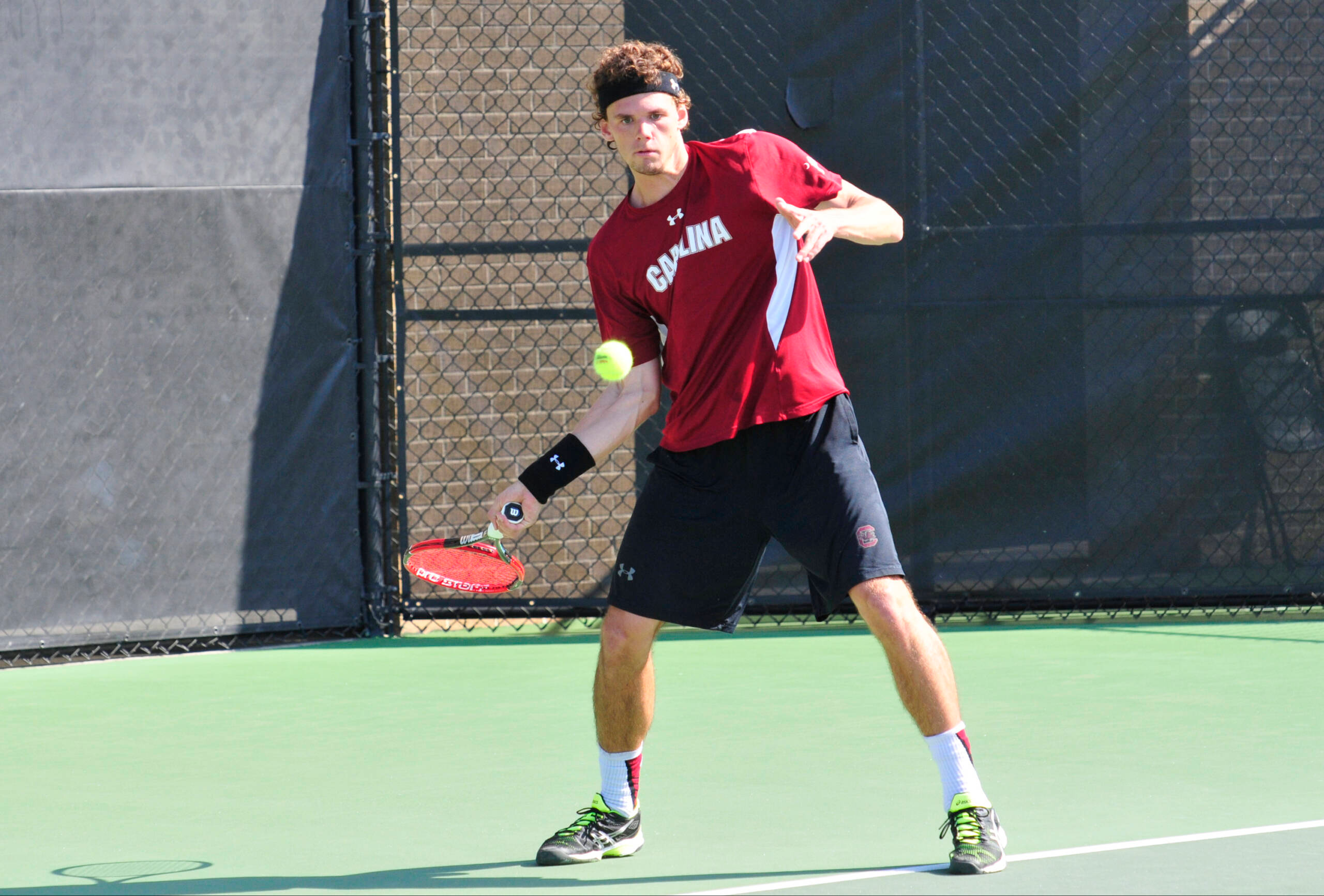 Gamecocks Close Day One of Fall at Ivy-Plus, Southern Intercollegiates

COLUMBIA, S.C. – The University of South Carolina men’s tennis team began the 2016-17 divided between the Ivy-Plus Tournament in Princeton, N.J., and the Southern Intercollegiates in Athens, Ga. Between both sites, the Gamecocks were a combined 12-4 in singles matches.

Ivy-Plus Tournament
Friday’s action saw the Gamecocks compete exclusively in singles action. In the Tiger draw, Gabriel Friedrich took down Max Fliegner of Dartmouth before upending Tyler Lu of Yale. Harrison O’Keefe dropped his opening match to Kyle Mautner of Penn, but rebounded to capture a victory over Chris Gladden of Marist to finish 1-1 on the day. In the Lenz draw, joining Friedrich at 2-0 on Friday, was Thomas Mayronne and Andrew Schafer. Both Mayronne and Schafer notched wins over Dartmouth and Princeton opponents.

Saturday’s slate begins at 9 a.m. for Carolina as they start day two with doubles play. Friedrich and O’Keefe team up to take on Colin Sinclair and Bernardo Casares of Cornell in the Rockefeller draw, while Mayronne and Schafer will battle Mautner and Matt Nardella of Penn in the Pagoda draw.

Southern Intercollegiates
Like the Ivy-Plus Tournament, Friday’s slate in Athens featured all singles play, and that began at 8 a.m. for Yancy Dennis, who started things off by taking down Guillem Sanchis of Eastern Kentucky in an out match in the DI singles draw. Dennis picked up another win in the round of 64 before falling to Georgia’s Wayne Montgomery, who is ranked No. 16 in the ITA preseason singles rankings, in the round of 32 Also in the D1 draw, Wood Benton dropped his round of 64 match to Florida’s McClain Kesler.

In the DII singles draw, Scotty Cameron collected his first collegiate victory, downing Manuel Castellanos of Kennesaw State. Cameron later fell in the round of 32 to UCF’s Chris Barrus. Sam Swank had a strong outing as he went 2-0 to advance to the round of 16.

The Gamecocks will begin Saturday with doubles. Dennis and Swank will start their match at 8 a.m., while Benton and Cameron get going at 8:30 a.m.