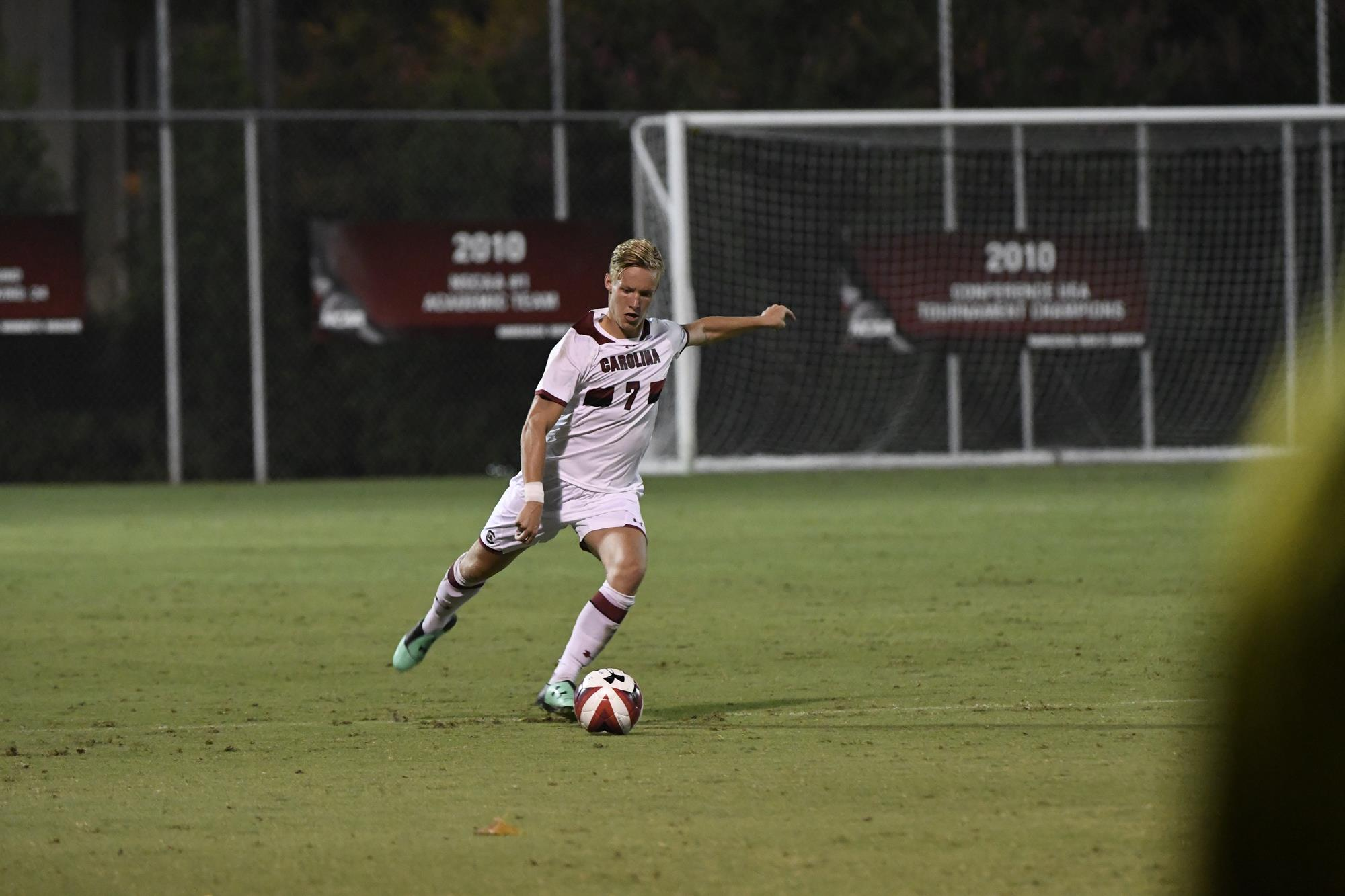 Gamecocks picked to finish seventh by the coaches.

IRVING, Texas — The preseason All-Conference USA Poll and Teams were announced today by the league office. Junior striker Luca Mayr was named a preseason all-conference selection and the Gamecocks were picked to finish seventh by the league’s coaches.

Mayr is fresh off an outstanding sophomore campaign in which he led the team in points (18), goals (6) and assists (6) en route to earning First Team All-C-USA and Second Team All-Southeast Region honors. The Steyr, Austria, native has started all 37 matches in his first two seasons in Garnet and Black. His 18 points in 2017 ranked fourth in C-USA.

Defending champion FIU, who is ranked No. 20 in the United Soccer Coaches Preseason Poll, was again picked to finish atop of the league. The Panthers’ Santiago Patino, a United Soccer Coaches First Team All-America selection in 2017, was voted the Preseason Offensive Player of the Year. Callum Montgomery of Charlotte was voted the Preseason Defensive Player of the Year.

The 2018 Gamecocks, who reported today, start practice on Wednesday morning at 9 a.m. Carolina will open the season at home against No. 13 Georgetown on Friday, Aug. 24 at 7 p.m. The team will play two exhibition matches at Stone Stadium against Duke (Aug. 15) and Gardner-Webb (Aug. 18) prior to the match versus the Hoyas. Joint season tickets with South Carolina women’s soccer are still on sale and can be purchased online by clicking here.