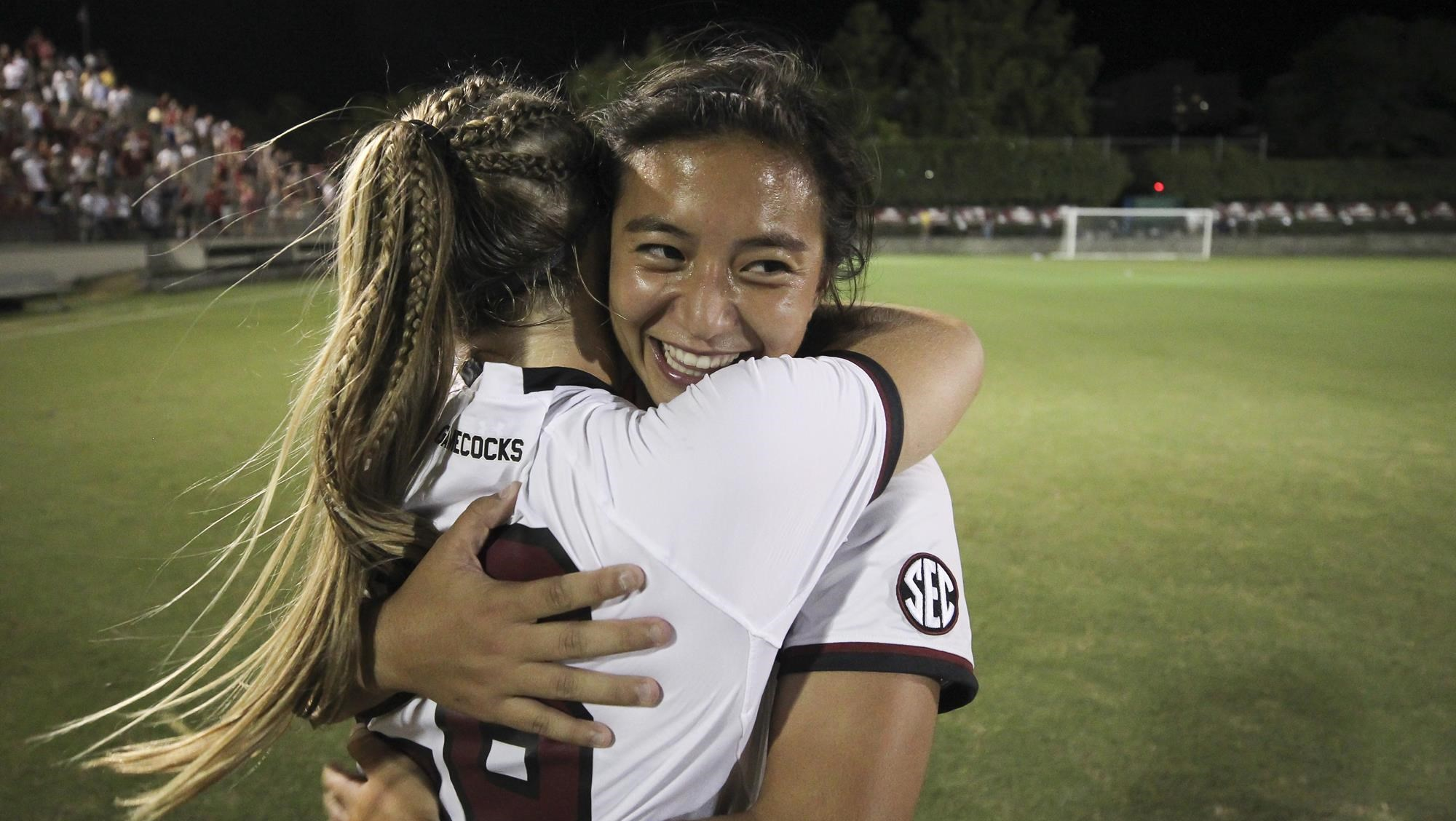 Gamecocks, Krzeczowski Shut Out No. 11 Tennessee in Knoxville

“I’m just very proud of our team today,” South Carolina head coach Shelley Smith said. “Handling the adversity of coming out here early and the weather, theydid such a good job focusing on the game and getting the job done. They controlled what they could control. We proved tonight that we are a very good team, and we can win on the road and at home.”

“Lauren serves some tremendous set pieces, and normally we are trying to get on the other end of it. Today there was some conditions and that caused some different situations,” Smith said. “That is the danger of set pieces – however we can put the ball in the back of the net, we will. I’m so glad she found a way.”

Chang’s goal came in the eighth minute of action, the earliest goal for South Carolina this season. In impressive fashion, Chang lined up her corner kick and moments later the ball was in the back of the net.

With a 1-0 lead in the second half, Tanner added insurance with her second career goal. The freshman remained composed in the box after a cross from Ryan Gareis and a touch from Simone Wark found her foot. She buried it, helping secure the Gamecocks’ fifth-straight win over Tennessee.

With the shutout, Mikayla Krzeczowski moves into a tie with Sabrina D’Angelo for second-most shutouts in South Carolina women’s soccer history. Her seven saves are her season high.

“What makes a good goalkeeper is not only when they make big saves, but help limiting the amount of shots other teams have. Tonight, when they had opportunities inside, Mikayla came out and had huge saves. That’s what we want to see in our goalkeeper.

“I thought on top of everyone, our midfielders did a tremendous job,” Smith said. “They worked so hard. Becky [Koch] and Jyllissa [Harris] did very well, especially in the first half, to win knock downs and limit their attack.”

South Carolina next shift its focus to another tough opponent in Mississippi State. The Bulldogs are receiving votes in the United Soccer Coaches poll, and have just one loss this season. That match will be on Thu., Sept. 20, at 7:00 p.m. in Starkville, Miss.