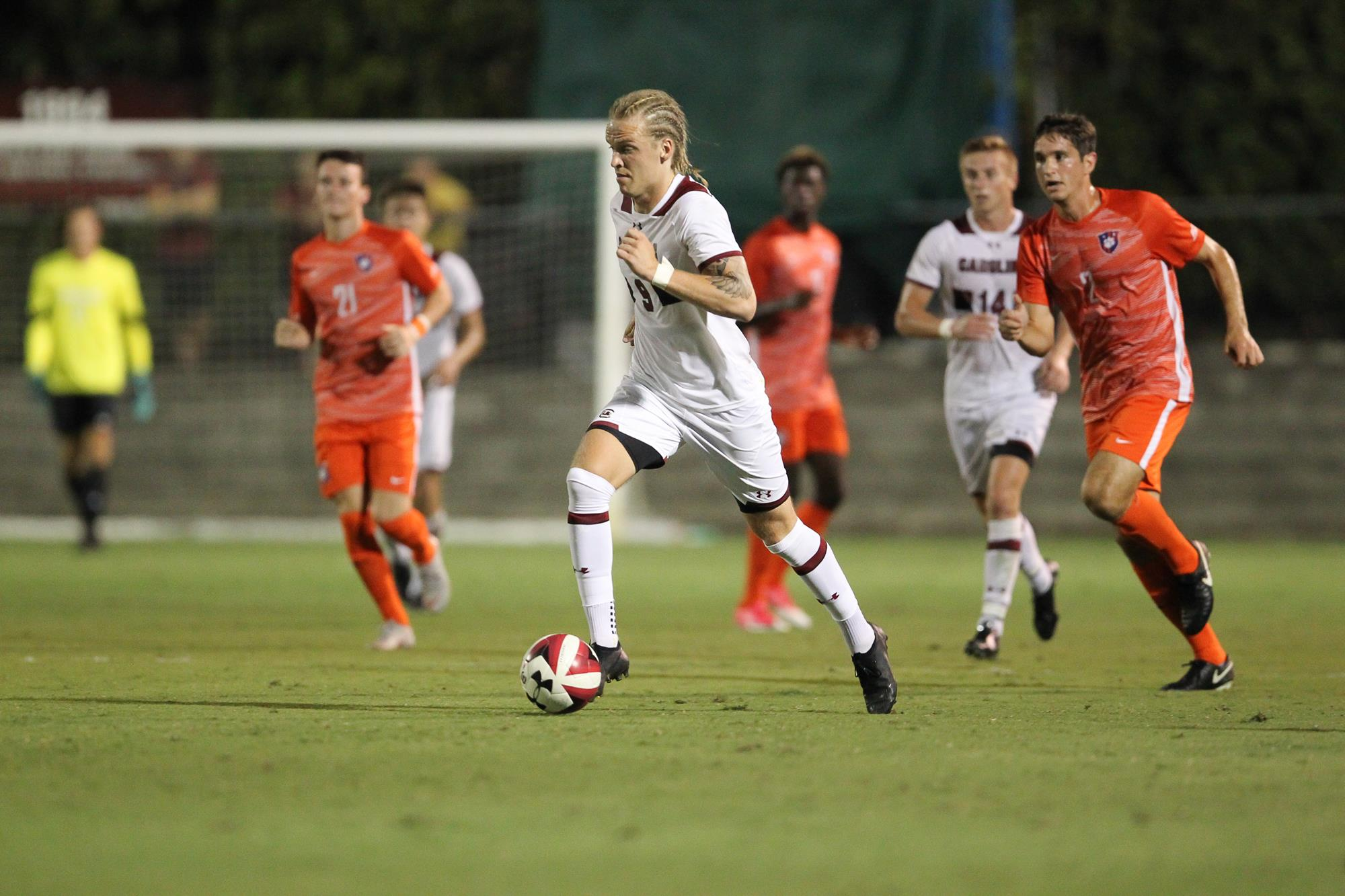 Gamecocks face No. 21 Virginia Tech on the road Tuesday

“Virginia Tech is having a great season,” said head coach Mark Berson. “They have won a string of one goal games and they’re undefeated in overtime. They’re coming off an overtime win against Syracuse. For our part, we have fought hard and have been in every contest this year. We are looking for the right combination of players to give us a consistent 90-minute performance. This match will give us an opportunity to measure that again against a nationally ranked opponent.”
­­
The non-conference match is the Gamecocks’ third consecutive game against a top-25 opponent. The Hokies are ranked seventh in the latest NCAA RPI standings released last week.

This is just the fifth meeting all-time between the two programs with Carolina leading the all-time series 3-1. The Gamecocks won 2-0 in the program’s only previous trip to Blacksburg on Oct. 23, 1994. Tech won 3-2 last season at Stone Stadium, the first game between the two schools since 2000.

The Hokies are one of seven teams that made the 2017 NCAA Tournament on Carolina’s 2018 schedule.

SCOUTING NO. 21 VIRGINIA TECH
The Hokies have played a tough schedule with a handful of close games. Eight of their 10 matches have been decided by one goal or less. VT is fresh off a 1-0 win at home vs. conference foe Syracuse on Friday (Sept. 28). Nico Quashie scored the game-winner in the 108th minute. Through 10 games, Kristo Strickler leads the team with five goals and 10 points. He also leads the team in shots (20) and shots on goal (12). Jon Ingason and Quashie have each scored three times. James Kasak leads the team with three assists. Overall, the Hokies have had a balanced offensive attack, as 11 different players have recorded points so far during the 2018 season. Mathijs Swaneveld has started all 10 matches between the posts and has three shutouts on his resume. He’s allowed nine goals (0.84 GAA) and made 48 saves for an impressive .842 save percentage.

NO. 3 IN HOME ATTENDANCE
Through games played on Sept. 26, the Gamecocks rank third in the country in attendance average at 3,726 fans per game. Two of Carolina’s first three games this season currently rank in the top-15 for single-game attendance.

​​​​​UP NEXT
The Gamecocks are back at home to take on Charlotte (5-2-1, 1-2-0 C-USA) on Sunday night at 8 p.m. ET. It’s Family Appreciation Night at The Graveyard as all guests (parents/guardians/family) with their Family Weekend badge will receive FREE admission. The 14th-ranked Carolina women’s soccer team takes on Florida earlier in the day at Stone Stadium at 3 p.m. ET.