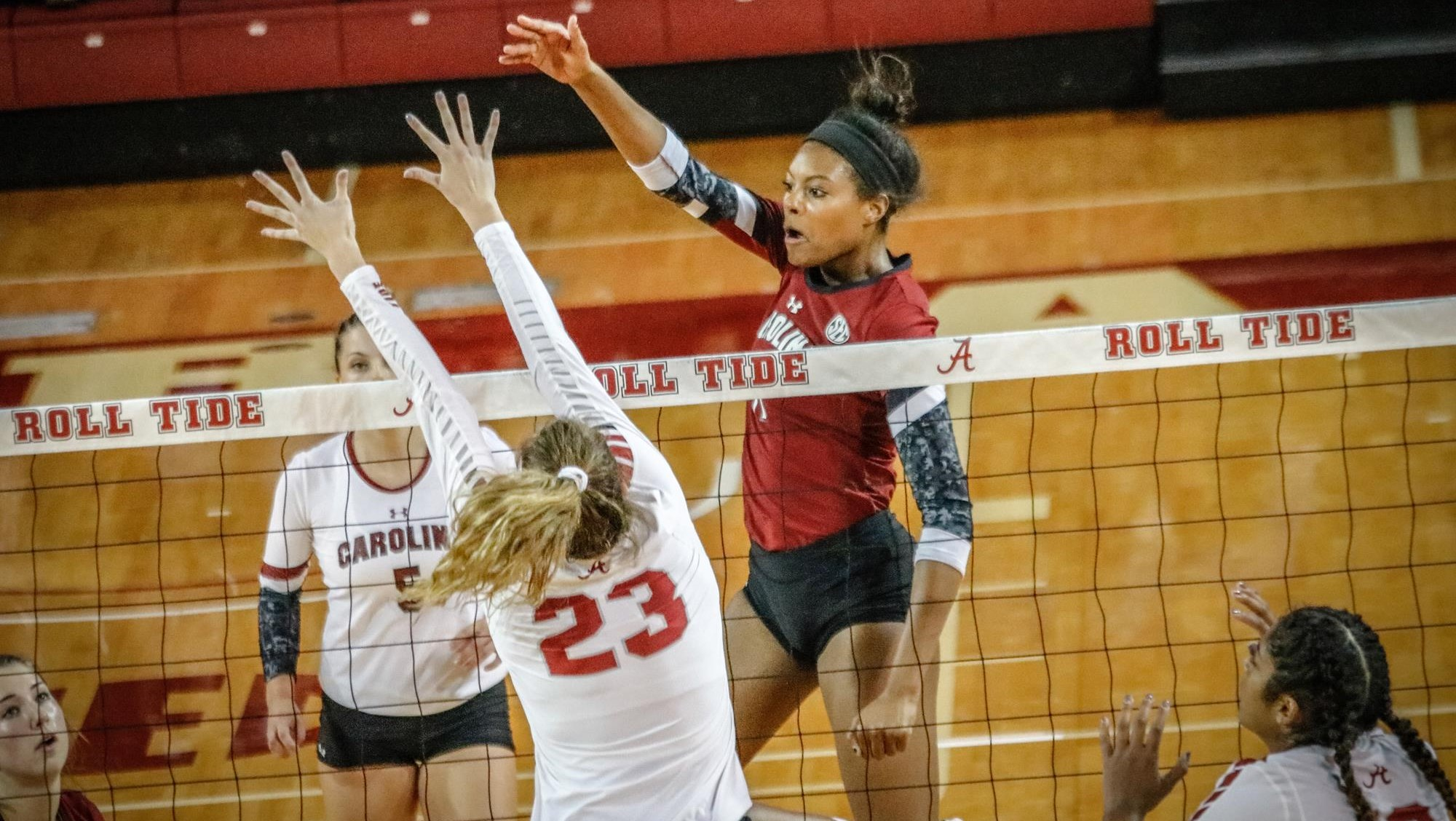 The sophomore earned Defensive Player of the Week Monday afternoon

COLUMBIA, S.C. – South Carolina volleyball sophomore Mikayla Robinson earned her second Defensive Player of the Week honor of the season on Monday, as the SEC recognized her efforts at the net in leading the Gamecocks to a 2-0 weekend. The middle blocker averaged 2.12 blocks and 2.50 kills per set, as South Carolina moved to 13-1 overall and 4-0 in conference play with wins at Alabama and at Georgia. She is the first Gamecock since Paige Wheeler in 2011 to earn defensive honors twice in a single season.

Robinson had her best weekend of the season as a blocker, starting with six blocks (two solo) in the team’s 3-0 sweep at Alabama Friday night, where she also added nine kills. In Sunday’s comeback win at Georgia, Robinson had a career-high 10 block assists and a solo block to help the team erase a 2-0 deficit in Athens. Robinson also hit .364 with 11 kills, marking the first career double-double for the West Dundee, Ill. native. It was the most block assists in five sets by any Gamecock since 2014, and the first double-double with kills and blocks for any Gamecock since 2015. She now has six or more total blocks in five matches this season and leads the team and ranks fourth in the SEC with 1.10 blocks per set.

The Gamecocks have a challenging week ahead, starting with a 7:30 p.m. ET match at Missouri (12-4, 2-2 SEC) and then a 1:30 match against Texas A&M (10-5, 3-0 SEC) on Sunday at home in the Carolina Volleyball Center. Sunday will be the team’s Dig Pink match, fans wearing pink to the game can purchase tickets for just $1.