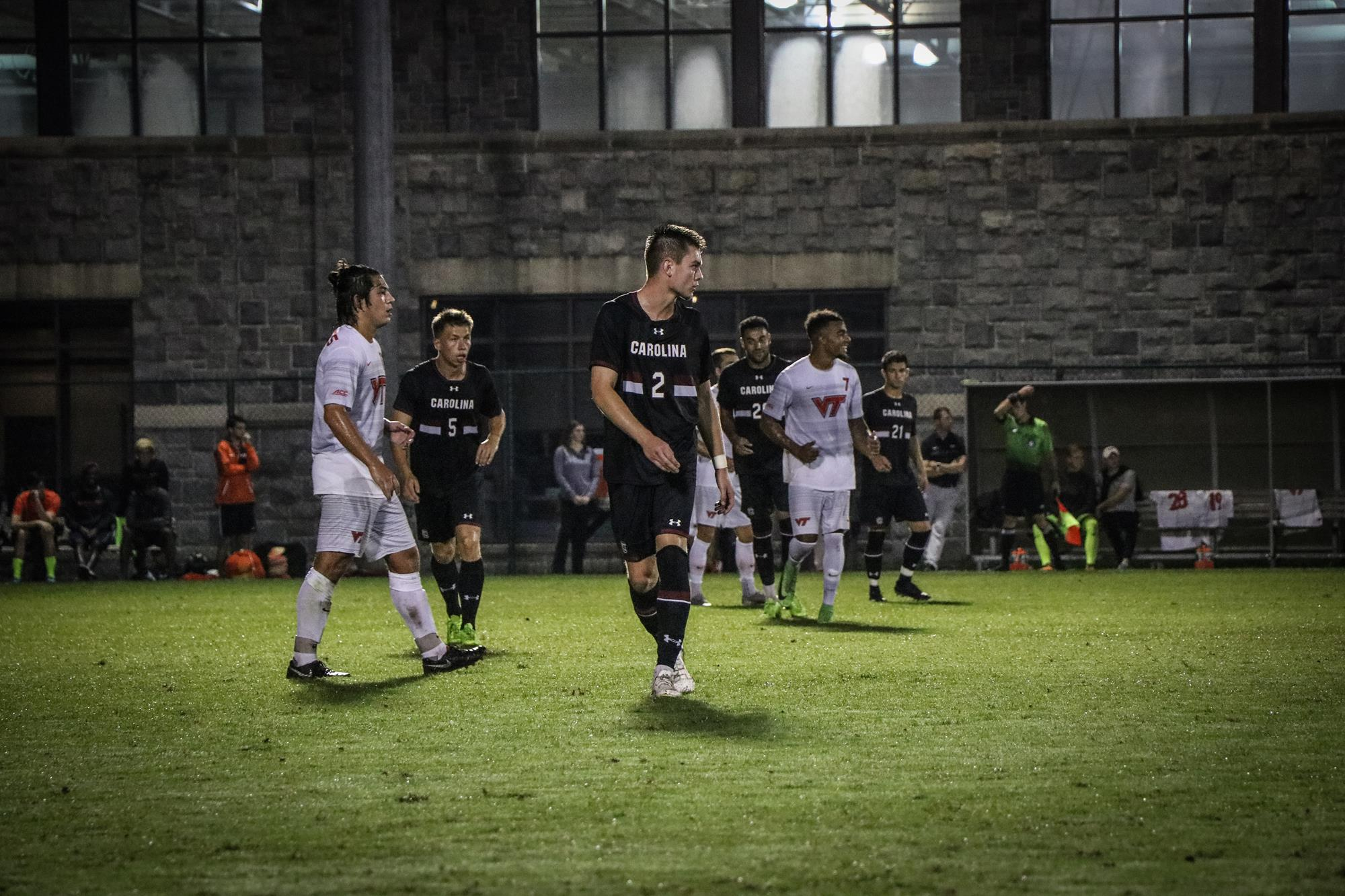 Luca Mayr scored the game-winner with 19.4 seconds left in the 110th minute

Sophomore Mitchell Myers intercepted a ball near midfield and slotted a pass to Mayr in front of the Gamecocks’ bench. Mayr took one touch and rifled a shot from 30-yards out into the back of the net to the far post.

The goal was Mayr’s second of the season (11th career) and his first game-winner of 2018. Myers assisted on both goals for Carolina tonight, marking his first career game with multiple assists.

The Hokies took a 1-0 lead in the 17th minute after scoring on a quick-strike counter attack. The Gamecocks answered in the 43rd minute to tie the score on senior Paul Quildies’ first career goal. He headed in a beautiful corner kick from Myers that was played into the six.

The Hokies tightened up defensively after the break, but Carolina had a great chance late in regulation in the 86th minute. Mayr shook loose from the defense and slipped a pass to senior forward Bjorn Gudjonsson right inside the top of the 18, but Gudjonsson’s shot was blocked and missed wide right.

The Gamecocks finished the game with 19 shots and eight shots on goal.

Defensively, Carolina was stout thanks to solid play and direction from sophomore keeper Justin Bauer. The Oviedo, Fla., native finished with two big saves en route to his first collegiate victory between the posts. Bauer, who was dealing with a nagging injury the first part of the season, has started the past three matches in the net.

Carolina’s win tonight was its first road victory this season and first win over a ranked opponent. The Hokies checked in at No. 7 in the latest NCAA RPI standings.

The Gamecocks are back at home to take on Charlotte (5-2-1, 1-2-0 C-USA) in a conference matchup on Sunday night at 8 p.m. ET. It’s Family Appreciation Night at The Graveyard as all guests (parents/guardians/family) with their Family Weekend badge will receive FREE admission. The 12th-ranked Carolina women’s soccer team takes on Florida earlier in the day at Stone Stadium at 3 p.m. ET.