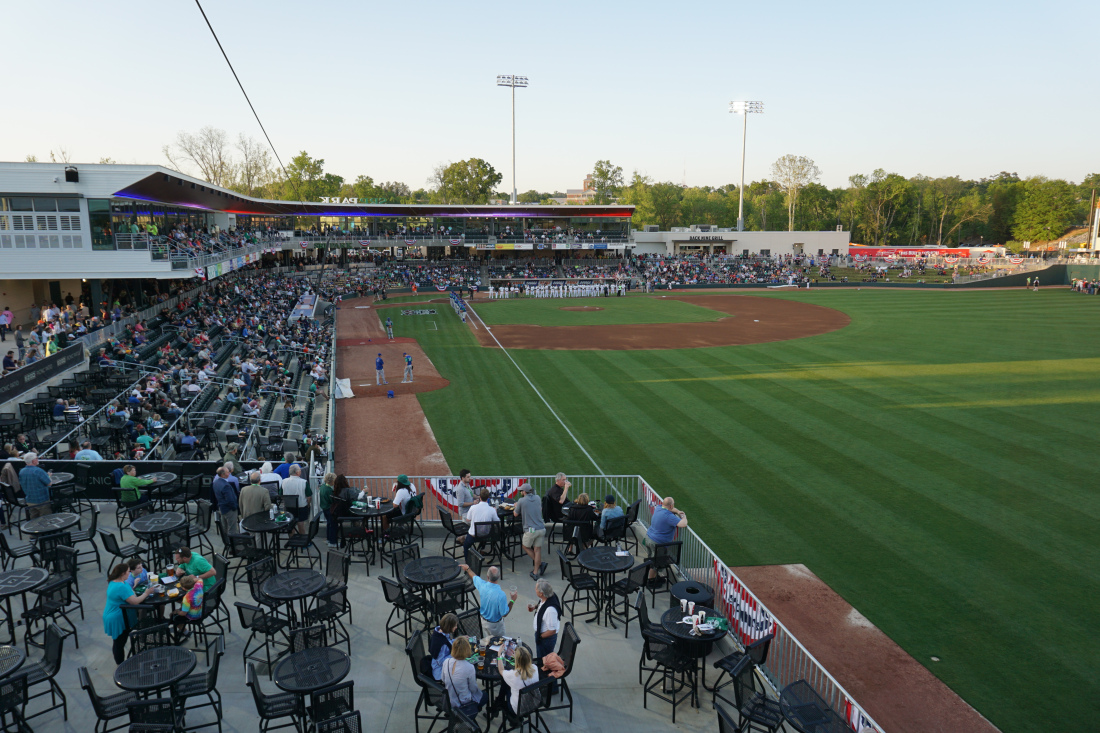 Baseball to Play Charleston Southern in North Augusta in 2019

The Gamecocks and Bucs will play on Tuesday, April 23 at SRP Park

NORTH AUGUSTA, S.C. – The University of South Carolina baseball team will play Charleston Southern at SRP Park, home of the South Atlantic League’s Augusta GreenJackets, on Tuesday, April 23 at 7:05 p.m., it was announced by the organization this afternoon (Wednesday, October 3).

The Gamecocks will play at SRP Park, which is located in North Augusta, S.C., for the first time after the venue was opened in April of 2018. The stadium was named 2018 Ballpark of the Year by both Ballpark Digest and BaseballParks.com while seating 4,782 fans.

“We are excited to play in a great stadium in front of our fans in the CSRA.” Head coach Mark Kingston said. “This gives our supporters in the CSRA a great opportunity to see the Gamecocks in their back yard as well as gives our players another first-class venue to play in. We look forward to heading to SRP Park in April.”

“Our commitment is to make sure SRP Park is the premier baseball venue in the bi-state area,” stated Jeff Eiseman, President and Partner, Augusta GreenJackets.  “We look forward to welcoming Carolina to their first game at SRP Park as we look to make this an annual tradition here in the CSRA.”