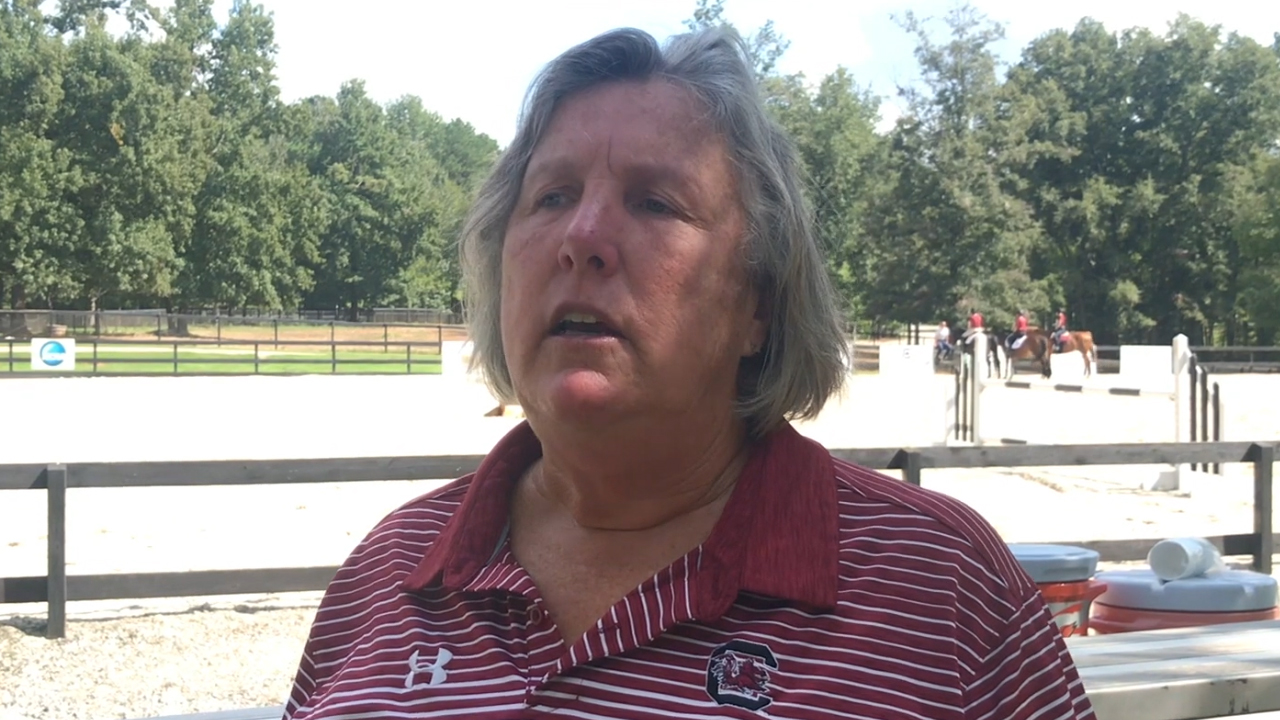 Carolina Plays Host to No. 2 Georgia

COLUMBIA, S.C. – The South Carolina equestrian team hosts conference-rival in No. 2 Georgia on Friday at 11 a.m., at One Wood Farm in Blythewood.

The Gamecocks (0-2, 0-1) serve as Georgia’s first meet of the season, having only scrimmaged against themselves in Athens on Saturday, September 22. Last week, Carolina traveled to Auburn where it fell, 18-2, against the top-ranked Tigers. Sophomore Tyler Petrie claimed one of the Gamecocks’ points in equitation over fences, 86-82, the first of her collegiate career. In reining, senior Bridgett White earned Carolina’s second point of the meet, 69-68.5.

“We certainly had a disappointing loss to Auburn,” head coach Boo Major said. “We’re glad to get back home. We had to come back and reassess where we are. It was pretty easy to go back and see where we were having issues.”

Two of the biggest wins in Carolina history have come against Georgia: a, 10-10, tiebreaker victory in the 2014 SEC Championships finals and a, 10-6, win in the 2015 NCEA National Championship finals. The Gamecocks last beat the Bulldogs on Oct. 9, 2016, with a, 9-8, victory at One Wood Farm.

“We’ve got to work on eliminating those mistakes,” Major said. “That’s what we’ve been working on this week – trying to get a little bit slicker, trying to gain some confidence back and trying to eliminating mistakes we seem to keep having. By doing that, I think we’ll be a little bit more prepared for what will be a good Georgia team this week.”

Carolina garnered two awards Thursday, including Standout Athlete of the Month in Madison Thiel and Horse of the Month with Ollie. Competing in equitation on the flat, Ollie has one MOP this season and is picking up right where he left off last season after having surgery to remove a cancerous tumor.

Thiel, a senior and the western captain, is a starter for both horsemanship and reining and looks to lead her team against the Bulldogs.

Live scoring is available here. One Wood Farm is located at 1201 Syrup Mill Road in Blythewood.