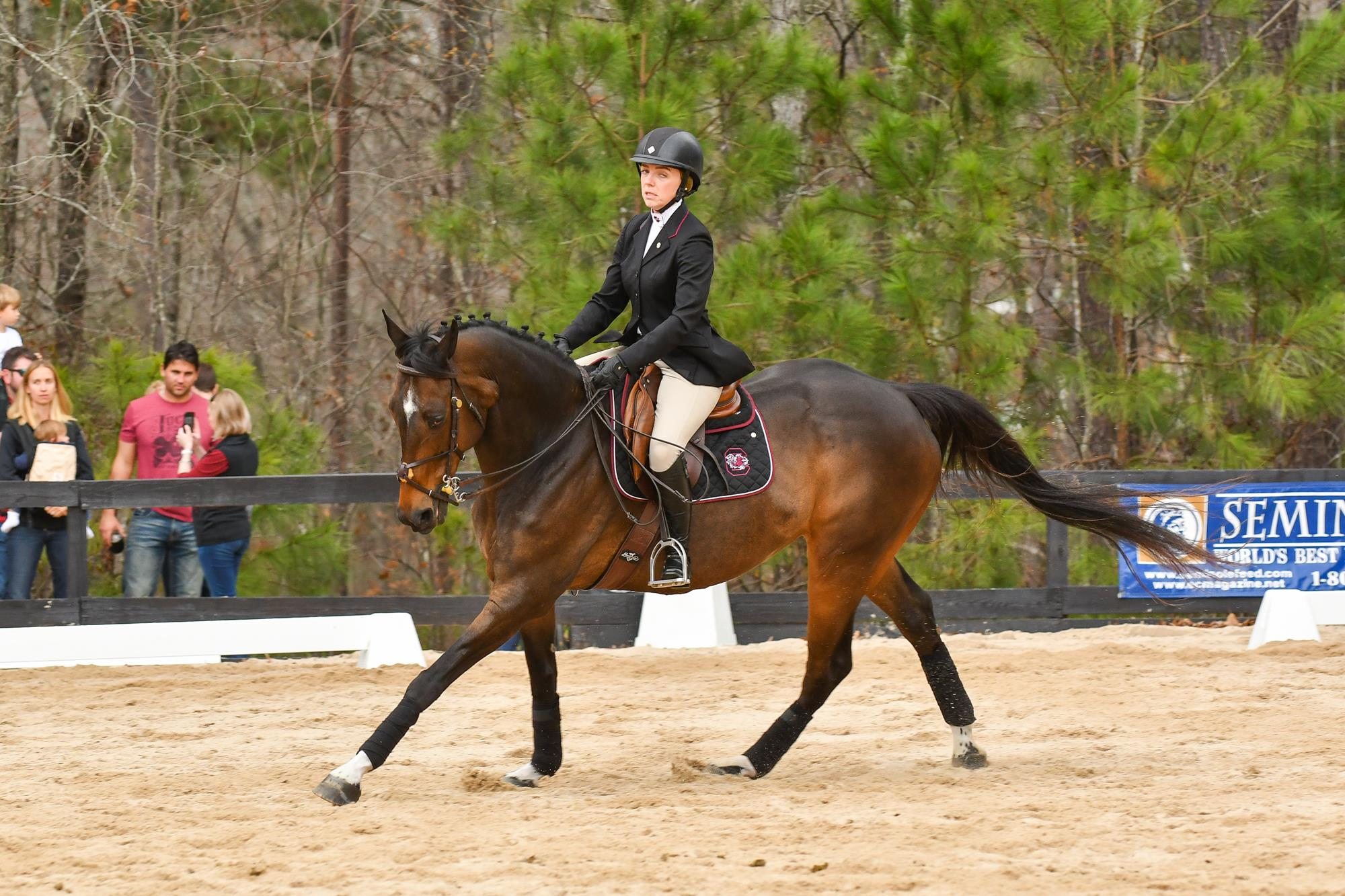 WACO, Texas – South Carolina equitation on the flat horse, Ollie, was named the Farnam Horse of the Month as announced by the NCEA Thursday morning.

Ollie is the Gamecocks’ second horse to be honored by the NCEA behind western horse, Reggie, during the 2017-18 season. Ollie is on loan to Carolina from Maggie Barton, the team’s barn manager.

“Maggie graciously allowed us to use him last season and he was a star,” head coach Boo Major said. “We think Ollie is a real team player and are most appreciate of him, as well as to Maggie for allowing us to use him.”

Last season was Ollie’s first in the arena, starting with equitation on the flat. Barton made him available to the team when several horses came up lame and the Gamecocks did not have enough for practice. New to the show world, Ollie adapted quickly and the team knew he would be something special.

Ollie competed in every meet once he began practicing and was even selected for the NCEA Championship. Throughout the year, Ollie had a lump on the side of his neck that kept growing larger and larger. During the offseason, Ollie had surgery to remove the lump, which turned out to be a cancerous tumor.

Heading into the 2018-19 season, Ollie had been performing well in practice and started right back up where he left off come competition time. During the Gamecocks’ first meet against SMU, Ollie won MOP with senior Madison Brayman, beating her opponent by four points on the flat.

He’s ready to continue his season when Carolina hosts No. 2-ranked Georgia on Friday at 11 a.m., at One Wood Farm in Blythewood.