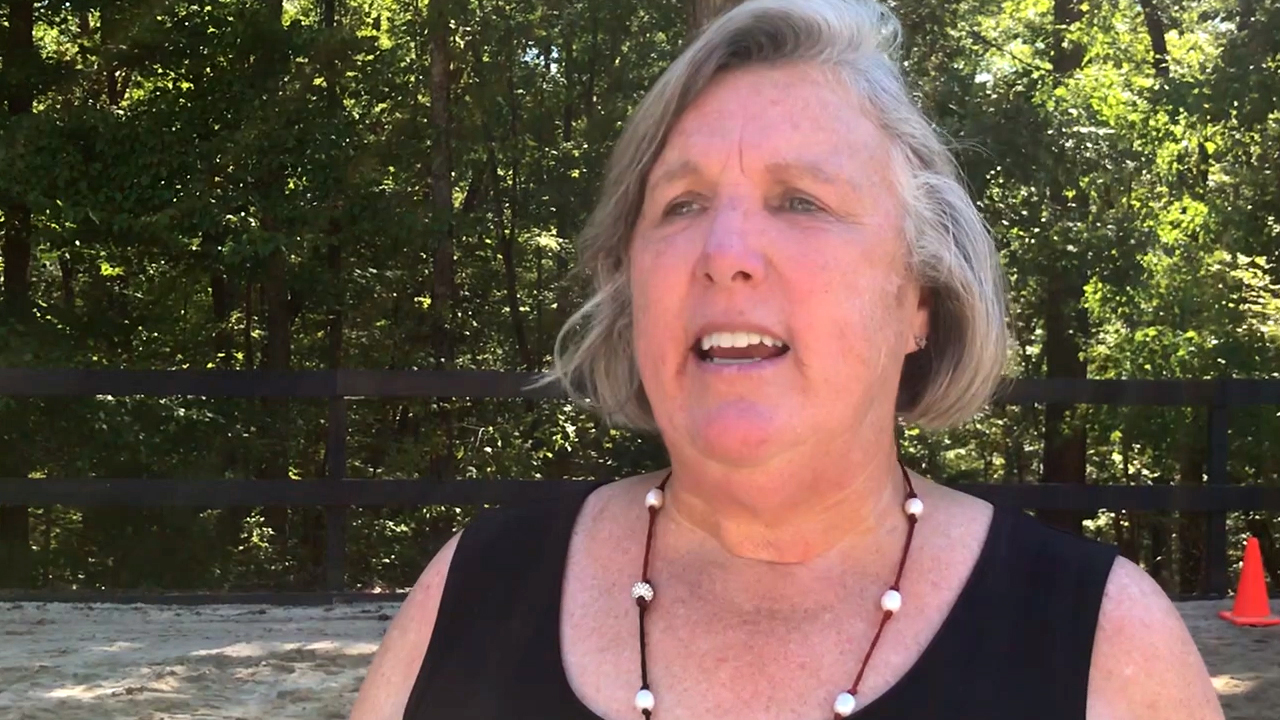 BLYTHEWOOD, S.C. – The South Carolina equestrian team earned its first win of the season after downing No. 2-ranked Georgia, 10-9, Friday afternoon at One Wood Farm in Blythewood. The Gamecocks also claimed the Hunter Seat competition, 5-4, and the Western side after a tiebreaker, 5-5, 686.5-686.

Carolina (1-2, 1-1 SEC) defeated the Bulldogs (0-1, 0-1 SEC) after leading throughout the entirety of the meet, handing Georgia a loss in its first meet of the season.

“We had a great day (Friday),” head coach Boo Major said. “Really proud of our girls. We still had some mistakes here and there, but we were able to overcome the mistakes with some really good scores, some really quality rides. I think our girls had a great ride.”

The Gamecocks took two MOPs, both in Hunter Seat. Trinity Hammerschmidt won, 76-71, over Stella Martin on Leon in equitation on the flat. In equitation over fences, Madison Sellman topped Sydeny Hutchins, 88-84, on Tattoo.

Finishing fences first, Carolina took the event, 3-2, over the Bulldogs. In addition to Sellman’s victory, Louisa Bracket earned a, 77-66, win over Ali Tritschler on Joe. Rounding out fences, Tyler Petrie won her point, 86-82, on Batman opposite of Maddy Darst.

After winning three-straight horsemanship points, the Gamecocks claimed the event, 3-2. Madison Thiel kicked off the streak with a, 70-65.5, victory against Madison Anger on Peaches. Up next, Caroline Gute rode Barbie, topping Miller Lantis, 70-62. On Amos, Quinn Brandt just edged out Lila Owens, 71-70, to send the Gamecocks into the break up, 6-4.

Carolina and Georgia tied in equitation on the flat, 2-2, after the first ride ended at 70-70 between Madison Brayman and Madison Newman on Indie. Along with Hammerschmidt’s win, Lizzie van der Walde outscored Grace Bridges by 24 on Toby, 68-44.

Ending the day with reining, the Gamecocks had an 8-6 lead over the Bulldogs with only five rides left. Overall, Georgia claimed the event, 3-2. Addie Cromer defeated Jordan Carpenter, 69-68.5, on Stoner to bring Carolina’s total to nine points. Clinching the win, Gute came out on top, 70-67, on Nike against Julia Spreng.

“After such a hard loss at Auburn and then to go up against Georgia (Friday), the girls really weren’t down for the count,” Major said. “They were ready to get back up and try really, really hard (Friday), which they did. We’re very happy, excited and looking forward to Texas A&M coming in next week.”

Carolina is back in action on Friday, October 12, at 1 p.m., as the Gamecocks host Texas A&M at One Wood Farm in Blythewood.