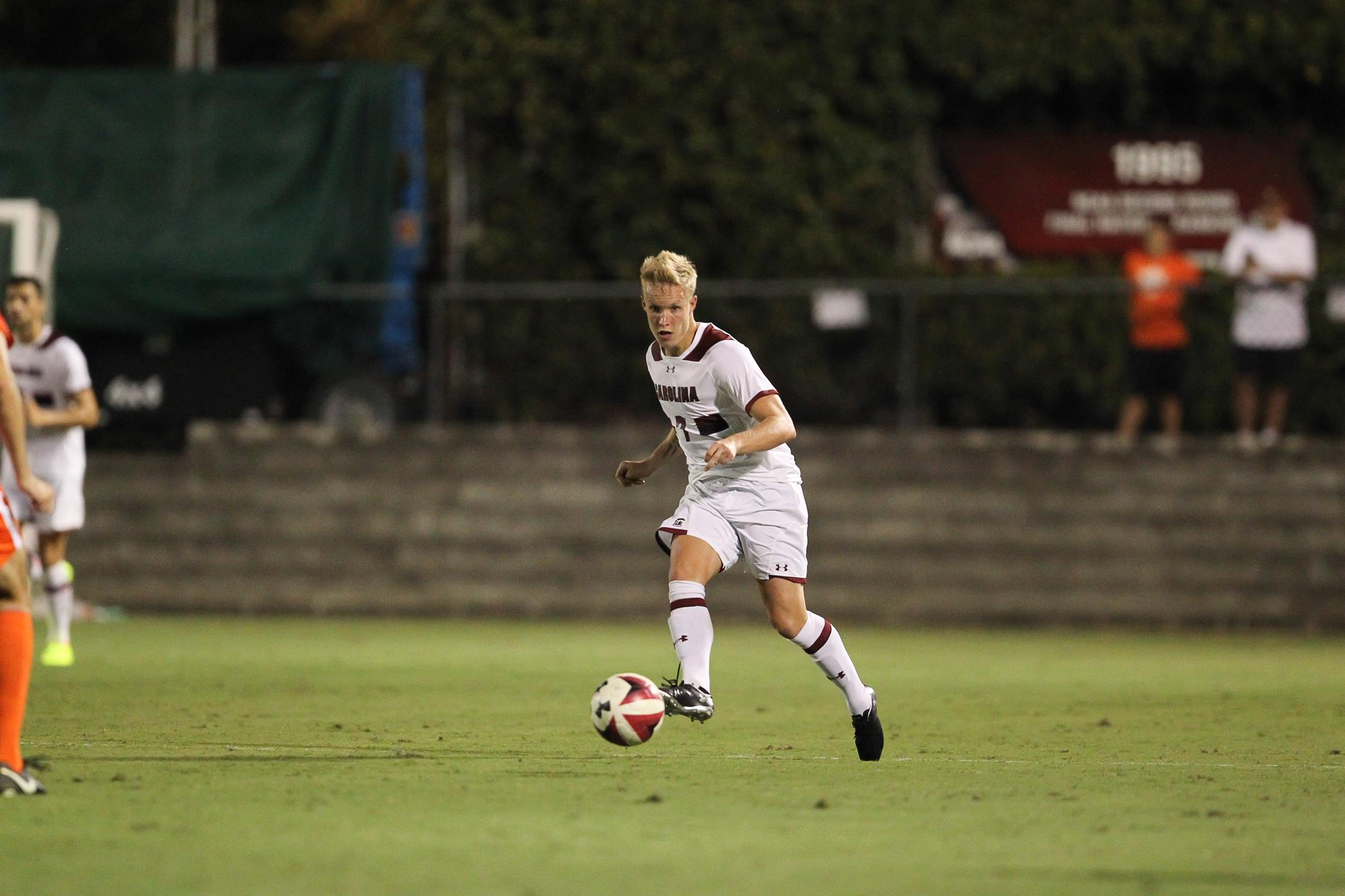 Kickoff for the conference matchup slated for 8 p.m. ET

“Our match on Sunday evening is big,” said head coach Mark Berson. “Both teams are after a conference win. The teams are ranked number two and three in the league in goals against average. Last year’s match was a tie up in Charlotte. These are typically hard-fought, physical contests.  Our team has gained some momentum and is playing with confidence after a double overtime win on the road against a nationally ranked opponent. It should be a good one on Sunday night.”

It’s Family Appreciation Night at Stone Stadium as all guests (parents/guardians/family) with their Family Weekend badge will receive FREE admission.

The 12th-ranked Carolina women’s soccer team takes on Florida earlier in the day at The Graveyard 3 p.m. ET.

SCOUTING CHARLOTTE
The 49ers had no midweek game, but are fresh off consecutive shutout wins at home vs. Wofford (2-0, Sept. 25) and UAB (1-0, Sept. 29). Tommy Madden leads the team with eight points (3G, 2A). He also leads the team with 24 shots and 13 shots on goal. Charlotte’s offensive attack has been well-balanced, as 10 different players have found the back of the net. Redshirt junior goalkeeper Elliot Panicco is one of the best in the country, ranking 12th nationally in goals against average (.608) and 15th in save percentage (.833). His five shutouts in eight games are 10th in the nation. Panicco has allowed just five goals all season. The 49ers come into Sunday night’s conference battle with a 1-2-1 record in road games this year. Charlotte has wins in their last two trips to Stone Stadium dating back to 2014.

No. 5 In Home Attendance
Through games played on Oct. 4, the Gamecocks rank fifth in the country in attendance average at 3,292 fans per game. Two of Carolina’s first three games this season currently rank in the top-15 for single-game attendance.