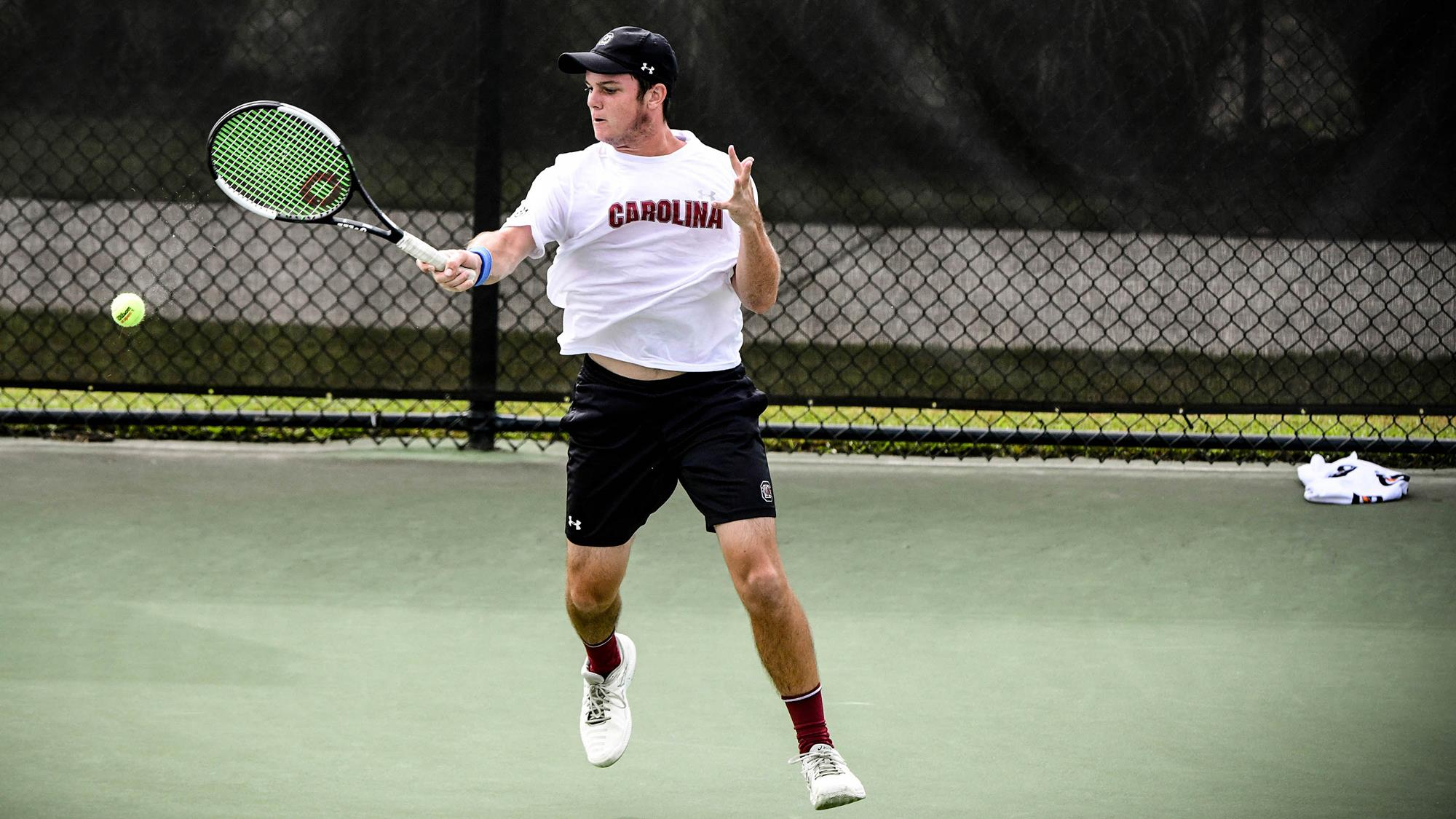 Several Gamecock freshman competed in the S.C. Collegiate Championships over the weekend while No. 27 Paul Jubb had a pair of ranked wins at the ITA All-American Championships.

COLUMBIA, S.C.-  South Carolina men’s tennis continued its fall tournament schedule over the weekend as a sophomore Thomas Brown and a trio of Gamecocks freshman competed in the S.C. Collegiate Championships in Belton, S.C., while Paul Jubb finished with two ranked wins at the ITA All-American Championships in Tulsa, Okla.

Brailovsky followed up with a 3-6, 6-4, 6-1 win over top-seeded Matteo Vialmin (Clemson) to book a spot in the semifinal round while Jake Beasley also advanced to the semis with a 6-2, 6-4 win over James Roelofse (Furman).

DOUBLES
Both Gamecock doubles teams also captured first round wins on the doubles side as Pelletier and Beasley edged out Vance Mercer and Elias Svensson (Presbyterian), 8-7 (2).  Brailovsky and Brown cruised to an 8-2 first round win before falling 8-6 in round two.

Pelletier and Beasley didn’t drop a single game in their second-round matchup, winning 8-0 over Emilio Samhan and Sacha Terrizano (Limestone).  The Gamecock duo booked a spot in the championship match of the draw with an 8-3 win over Alex Steryous and Clarke Wilson (Furman).

The Gamecocks will now get set for the ITA Carolina Regionals which are scheduled to take place from Fri., Oct. 12 to Tue., Oct. 16 in the Durham, N.C.