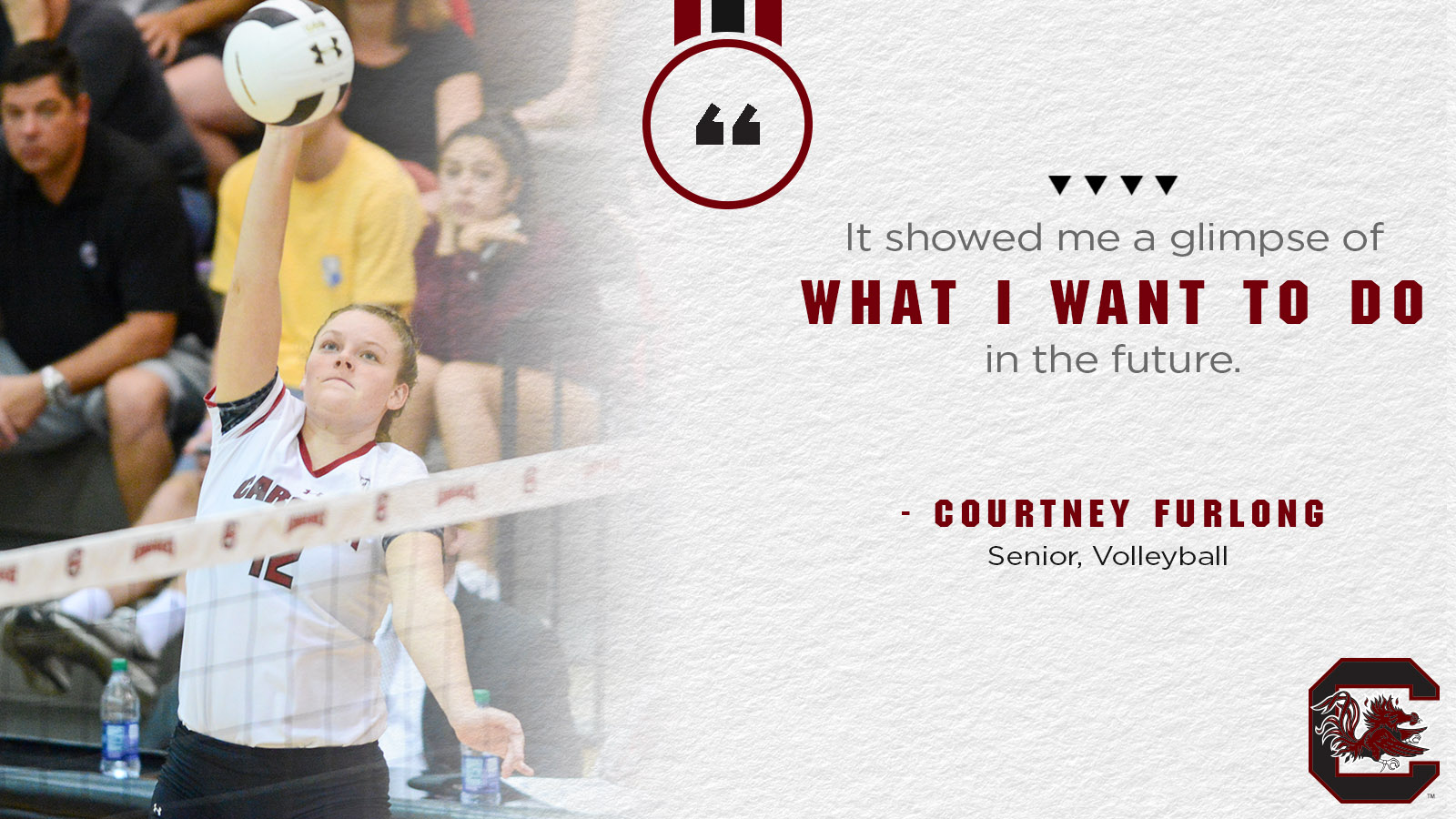 As a psychology major, South Carolina volleyball senior Courtney Furlong is looking for a career where she can help people. A summer internship with the South Carolina Department of Juvenile Justice opened her eyes to a path she may not have considered before.

“It interested me because it has a lot to do with young kids, and that’s who I want to work with in the future,” Furlong said. “I was open to the idea of learning about the criminal justice system as well. I was excited because I didn’t really know anything about the juvenile justice system. It was very eye-opening.

“I was nervous the night before my first day because I didn’t know what to expect. Some of them are in there for different crimes.”

The internship was arranged through the Athletics Department’s Beyond Sports Professional Development and Summer Internship Program and Furlong worked in the Department of Juvenile Justice’s Job Readiness Training Center.

“They do a lot within the community,” Furlong explained. “When the kids are released from the DJJ, the Job Readiness Training Center meets with them to talk about what’s next. They have post-secondary education, talk about different things they need to do, interviews, and they help them find jobs. They also have what are called JRT programs and the kids get professional training and an internship where they are getting paid.

“Most days, I was in the office helping out with projects. Other days I’d go into what is their high school there. They had financial literacy events. Sometimes I was behind the fence with them, and sometimes I was in an office setting.”

“I really appreciated that I was able to do it, and I think I’ll remember it for a long time.”
– Courtney  Furlong


While there was a wide range of daily duties for Furlong to observe, one of the main functions she learned about was the tracking of the youths in the facility.

“The DJJ tracks every child that is behind the fence,” Furlong said. “When they get released, they track them for up to a year, whether it’s staying in contact with the probation officer or the individuals themselves. They try to help them find secondary education or jobs.” 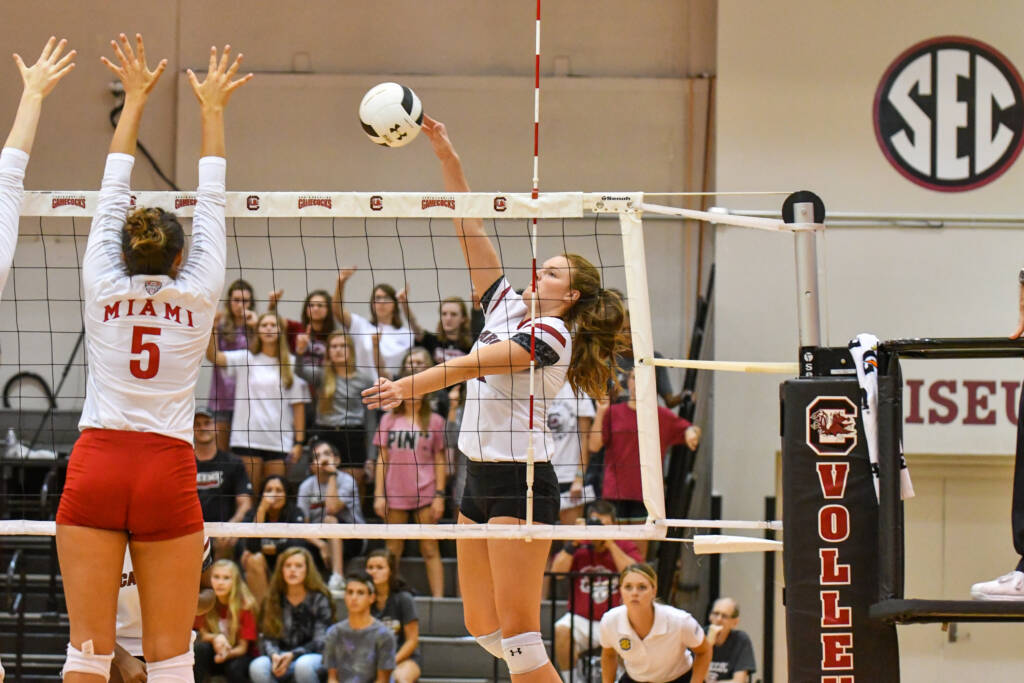 Furlong was able to shadow a psychiatrist and learned more about the children as individuals.

“That gave me a chance to talk with some of them and get their stories to understand where they came from and why they’re where they are,” Furlong said. “They are just normal kids who have made some mistakes. You can’t show emotion when you’re in there, but afterwards, it made me think a lot.”

While she primarily worked in Columbia, Furlong was able to go on some “field trips” as well around the state.

“My first experience was when we went up to Union and we did ‘Mad City Money,'” Furlong said. “It’s an event sponsored by Founders Federal Credit Union which teaches them how to spend and save their money. There were about 60 kids in their (DJJ) jumpsuits. I had never seen that before. I didn’t know what to expect.

“We went to Charleston and took a tour of Boeing. Not that all the kids wanted to be a part of (Boeing), but they were able to see the opportunities that they could have.”

Furlong was also impressed with the mission to rehabilitate the youths and help them learn to make good decisions.

“It’s not like a jail. They’re not in little cells,” Furlong said. “They go to school and they have sports teams. They’re very focused on rehabilitation and getting them out of there and not having them have to come back.

“Going into it, I didn’t know anything about the criminal justice system, but now I’m more interested and might want to do more with it. I really appreciated that I was able to do it, and I think I’ll remember it for a long time.”

As she works through her senior year of classes, Furlong has a new perspective in thinking how she may eventually use her degree.

“I was leaning toward counseling and school psychology, but after going through this I now know I want to be a school psychologist and help middle and high school-aged kids,” Furlong said. “Just being able to see that I can support and help them if they’re struggling and seeing them succeed and having the confidence that they can succeed is something that stands out to me. That makes me feel good.

“It showed me a glimpse of what I want to do in the future.”