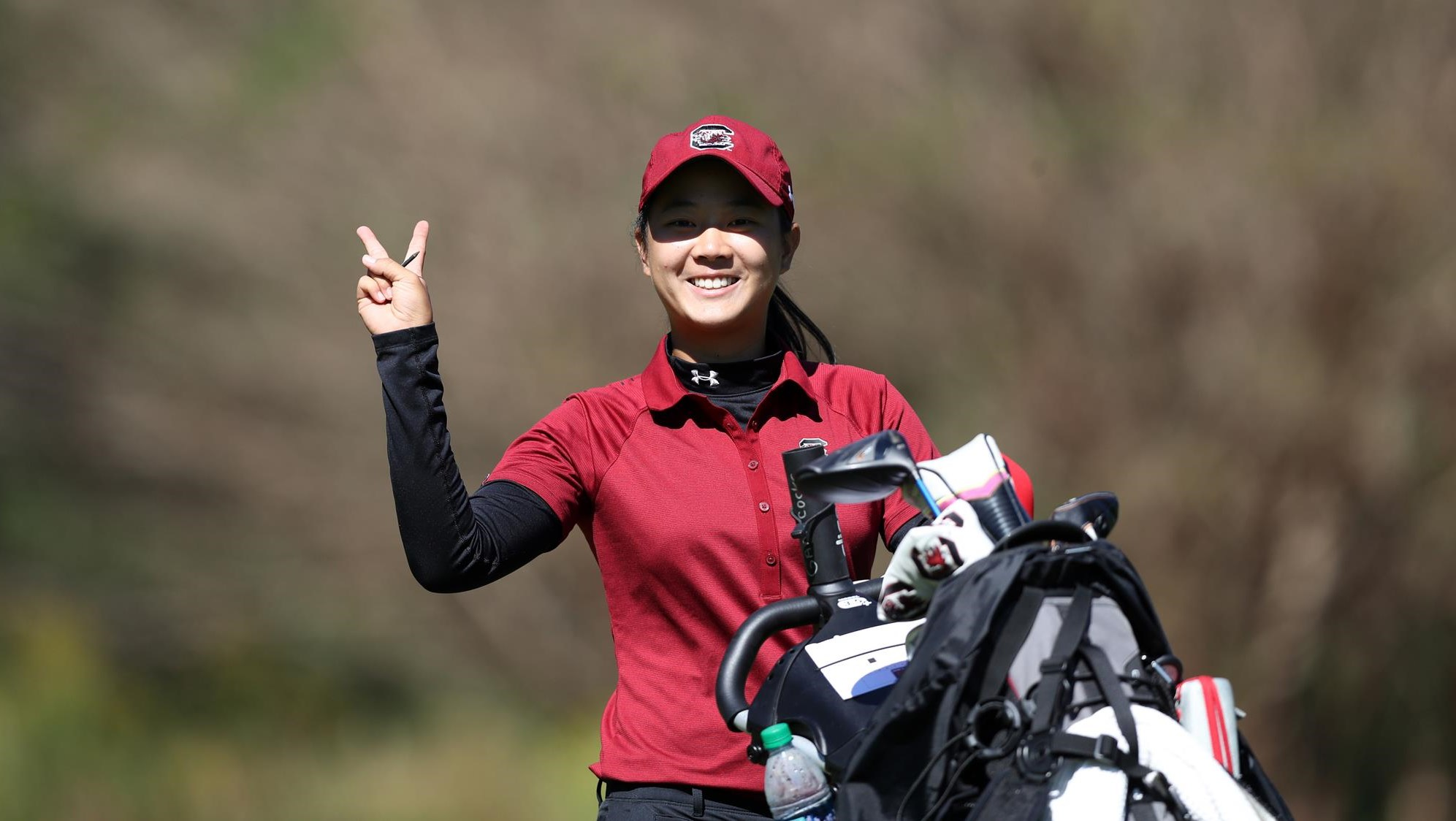 Chapel Hill, N.C. – No. 17 South Carolina women’s golf competed the final round of the 2018 Ruth’s Chris Tar Heel Invitational, posting an 866 (+2) to finish in fourth place. Sophomore Lois Kaye Go picked up her second career top-five finish with a 212 (-4).

“We had a very good finish today to propel us up to fourth in a strong field,” South Carolina head coach Kalen Anderson said. “I’m really pleased with the group’s effort this week. We are coming together and showed real resilience.”

The team score of 866 (+2) is a season low for the Gamecocks, while the fourth-place finish is the best this season.

Go wrapped up her impressive weekend with a 72 (E) and was just three shots off a runner-up finish. The top-five finish for the sophomore is her best since the 2018 Bryan National Collegiate, where she finished tied for third with a 54-hole mark of 219 (+3). Go is no stranger to success at the Ruth’s Chris Tar Heel Invitational, as last season she left with an 11th-place finish with her career-best score of 210 (-6).

“I’m pretty happy with the way I played this weekend,” Go said. “I’m hitting it pretty well right now, and I’m giving myself birdies opportunities. I did not make as many puts as I wanted to, but it was a fun weekend overall.”

Junior Anita Uwadia continued her consistent weekend with a 73 (+1) in her final round in Chapel Hill. She posted three birdies in the round, and finished with a dozen pars. Uwadia’s season-low 218 (+2) helped her finish in a tie for 18th, her fifth career top-20 finish.

After a 72 (E) in round two, Emily Price duplicated that score to help her finish in a tie for 23rdin her first career event with the Gamecocks with a score of 220 (+4). She finished with six birdies across six different holes throughout the weekend.

South Carolina’s lone senior in the lineup Marion Veyssyre wrapped up her weekend with a team-low 71 (-1) in the final round, her best score of the weekend. She holed a round three-high four birdies, including three in a row on holes one through three on the way to a 225 (+9) for the tournament.

The Gamecocks’ final score was completed by Ana Pelaez, who finished with an 81 (+9) in her final round in North Carolina. Her pair of birdies on the back nine was not enough to overcome her 42 (+6) on the front nine. Pelaez finished the weekend with a score of 226 (+10) to finish in a tie for 54th.

Freshman Skylar Thompson wrapped up her weekend competing as an individual, finishing with a 75 (+3) to post a 225 (+9) for the tournament.

South Carolina will wrap up its fall schedule with the Landfall Tradition starting on Fri., Oct. 26, in Wilmington, N.C. The three-round tournament will conclude on Sun., Oct. 28.