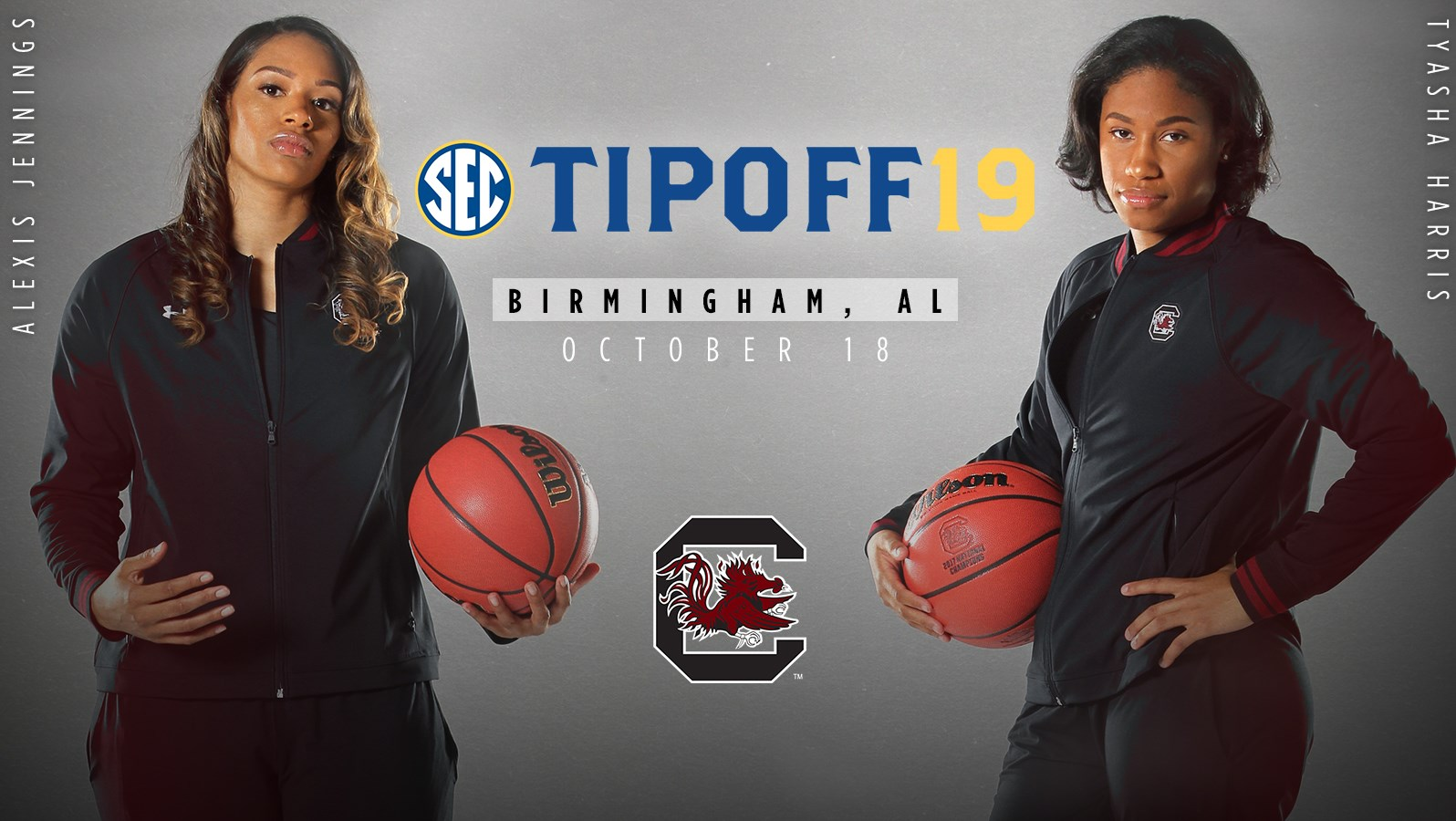 COLUMBIA, S.C. – South Carolina is scheduled to participate in SEC Women’s Basketball Media Day on Thu., Oct. 18, which will include extensive on SEC Network throughout the day. Head coach Dawn Staley, senior forward Alexis Jennings and junior guard Tyasha Harris will represent the Gamecocks at the Grand Bohemian Hotel in Birmingham, Ala.

Each of the SEC’s 14 teams’ representatives will participate in various stations to capture interviews and other creative footage to be used by the league office, SEC Network and ESPN throughout the season as well as meet with other local and national media in attendance.

There are several ways to keep up with the Gamecocks’ activities:

•        SEC Network will broadcast from the event 12-7 p.m., including a spot with the Gamecocks at 2:40 p.m. ET. (WATCH)
•        Follow on the team’s social media accounts (@GamecockWBB) on Twitter and Instagram
•        South Carolina media covering the event include Gamecock Central, Spurs & Feathers, The Post & Courier and The State.