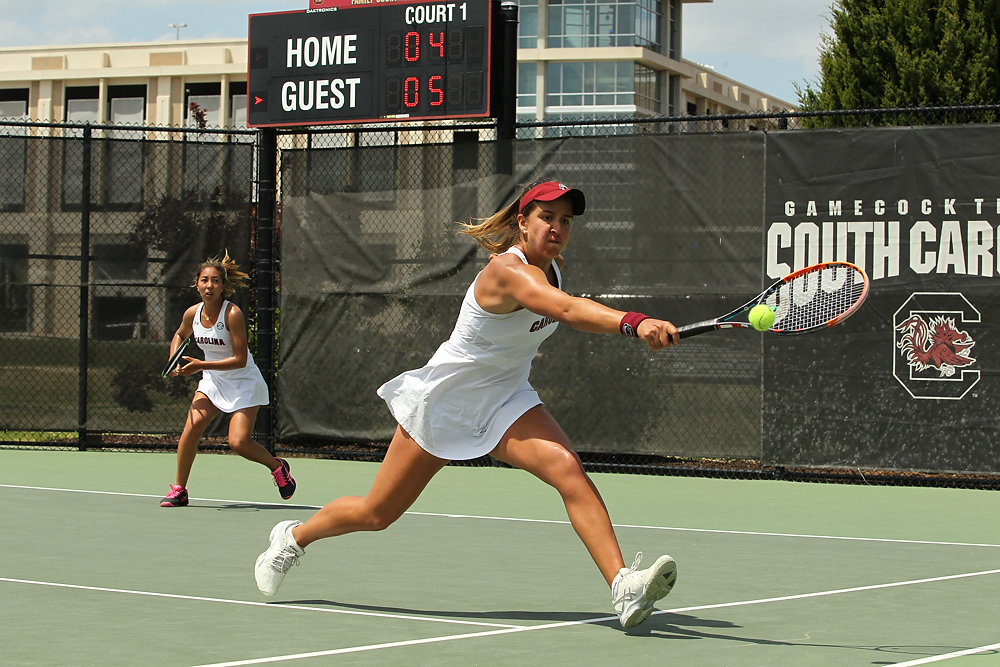 COLUMBIA, S.C. – The South Carolina women’s tennis team heads to Chapel Hill, N.C., to compete at the ITA Carolina Regional Championship hosted by the Tarheels from Thursday to Monday, October 22, at the Cone-Kenfield Tennis Center.

The Gamecocks have only played in one tournament this fall season – the Debbie Southern Fall Classic the weekend of September 21-23. There, Carolina won three flight titles, including one doubles and two singles.

“With two hurricanes rolling through town, it’s been an unconventional semester to say the least,” head coach Kevin Epley said. “We really haven’t competed that much and practice has been a bit sporadic but given that I think our squad looks really strong.”

Heading into the ITA Carolina Regional Championship, the Gamecocks look to build off of their success at Furman. South Carolina has another singles player ranked by the ITA in Megan Davies at No. 81. Joining Gamarra Martins and Horvit in the doubles poll are the tandems of No. 39 Cline and Davies and No. 41 Rachel Rohrabacher and Silvia Chinellato.

“We played some points this week and the girls have not missed a beat in terms of working hard day in and day out,” Epley said. “I am very excited to get out and compete again and show what we can do.”

Competition begins with two rounds of qualifying singles on Thursday, followed by main draw doubles rounds of 64 and 32.