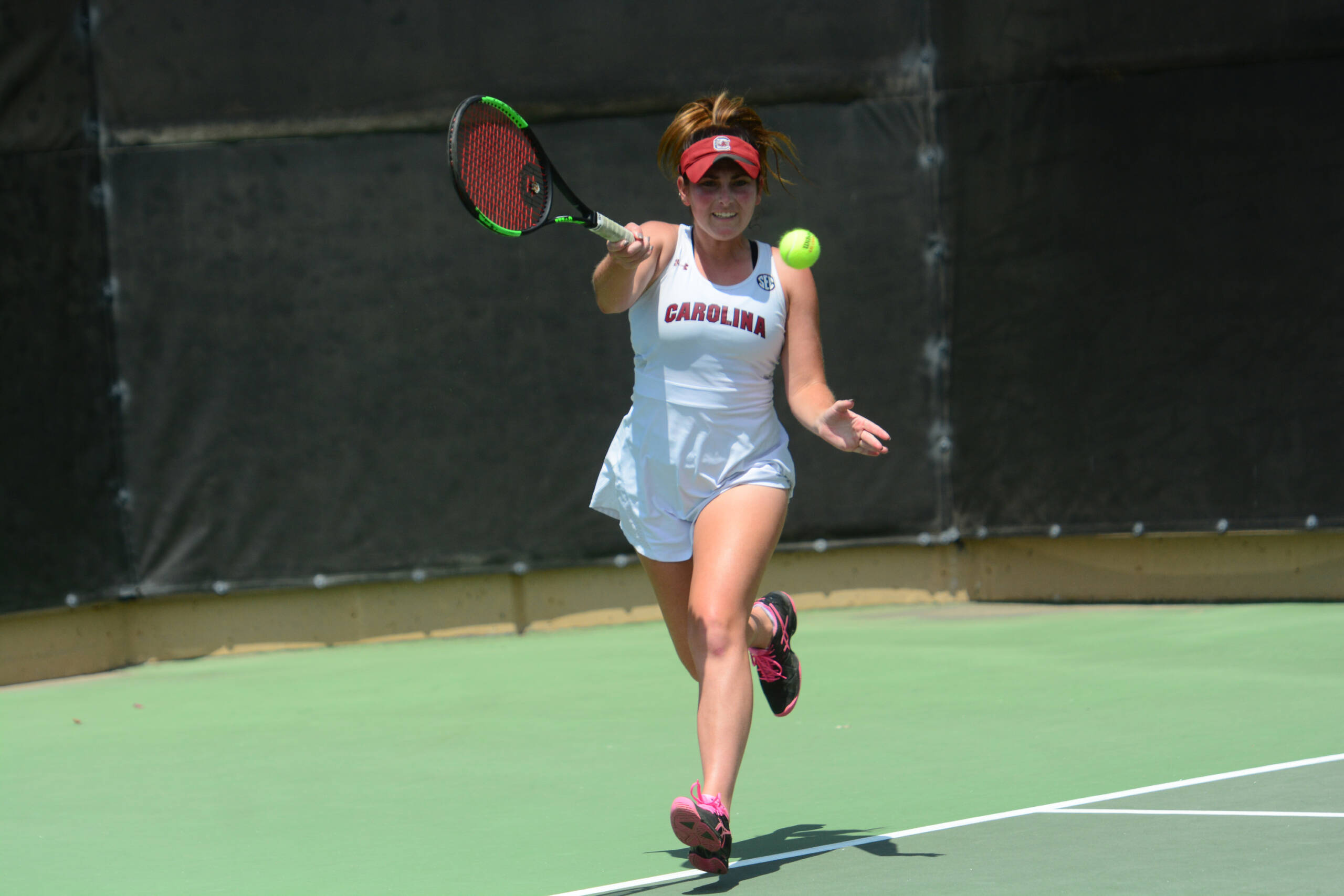 Gamecocks Advance in Doubles, Prep for Singles at ITA Regionals

CHAPEL HILL, N.C. – The South Carolina women’s tennis team advanced two doubles teams to the round of 16 at the ITA Carolina Regional Championship after two rounds of play on Thursday at the Cone-Kenfield Tennis Center.

After a bye in the first round, No. 7-seeded and 22-ranked Mia Horvit and Ingrid Gamarra Martins downed Rocio Safont and Emma Scott of Charlotte, 8-2.

“It felt like we were shaking off some rust some of the time (Thursday),” head coach Kevin Epley said. “We did see some positive things, but we are really hoping to get out there (Friday) playing with a little more intention throughout the matches. We definitely played well in some spots, but would like to get a whole team effort put together going into singles (Friday).”

Paige Cline and Silvia Chinellato matched up against Wake Forest’s Eliza Omirou and Anna Brylin, falling to the No. 59-ranked pair, 8-5. Competing against Liz Norman and Natalia Nikolopoulou of NC State, Kennedy Wicker and Giulia Turconi were not able to overcome the Wolfpack team, dropping their match, 8-5.

Up next in doubles, both of Carolina’s remaining doubles teams face off against tandems from Wake Forest. Davies and Rohrabacher will see the No. 5-ranked duo of Emma Davis and Chandler Carter, while Horvit and Gamarra Martins take the court opposite of Peyton Pesavento and Alexis Franco. Both matches begin at 9 a.m.

Singles action begins on Friday at 9 a.m., with the possibility of three Gamecocks playing two individual matches. All eight of South Carolina’s players will compete in the main draw singles field.