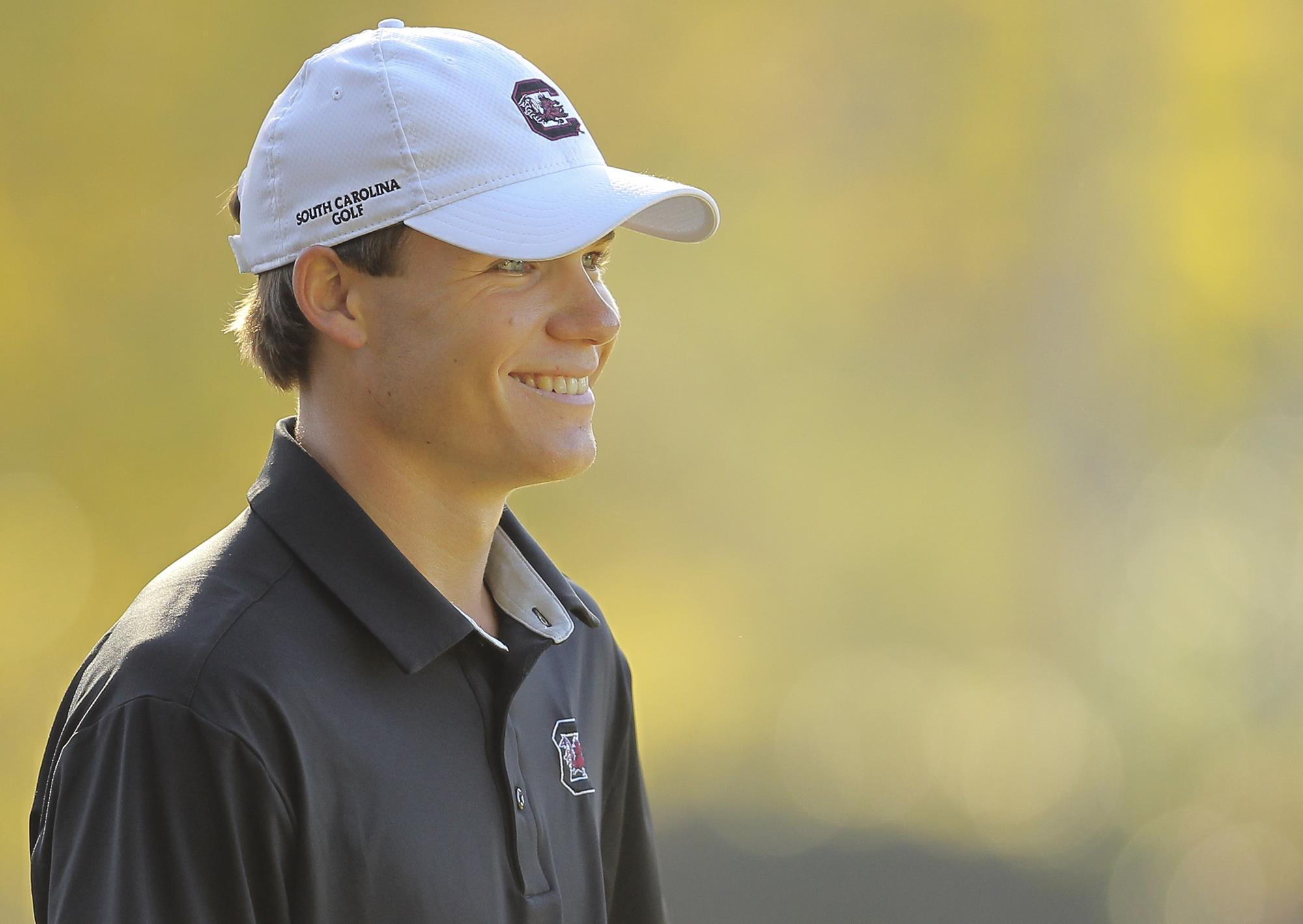 Second all-time appearance for Gamecocks and first since 2015

COLUMBIA, S.C. – No. 24 South Carolina opens play at the Tavistock Collegiate Invitational on Sunday. The three-day event at Isleworth Country Club in Windermere, Fla. is annually one of the top fall tournaments in the country.

“This week will be a great test for our guys,” said head coach Bill McDonald. “The Isleworth golf course and a great field to compete against is all we can ask for. We’ve had a good couple of weeks to rest up, prepare and make a few adjustments. The team should be motivated and excited to play in one of the best events in college golf.”

Live scoring for the event will be provided by Golfstat.

For the second consecutive tournament, the Gamecocks will be led by a trio of seniors in Will Miles, Ryan Stachler and Scott Stevens. Stachler went 2-0 at the Jack Nicklaus Invitational (Oct. 8-9), a match play event at Muirfield Village. Freshmen Ryan Hall and Harry Corbin are also in the lineup this week. Hall has played in all four tournaments this fall for the Gamecocks, while this marks Corbin’s third career start in Garnet and Black.

This marks just Carolina’s second appearance all-time at the event and first since the historic 2015-16 season, when the Gamecocks finished ninth, led by a T-16th finish by three-time All-American Matt NeSmith.

ABOUT THE COURSE
Located among the renowned Butler Chain of Lakes in Central Florida, Isleworth Golf & Country Club is home to one of the longest and toughest courses in the state. Isleworth’s magnificent greens, fairways and lakes are a sight to behold but beyond their beauty lies a golf challenge unlike any other. From its back tees, known as the Tiger Tees, Isleworth measures 7,544 yards with a slope of 142 and a rating of 77.5. Originally designed by Arnold Palmer and Ed Seay with a re-design by Steve Smyers in 2003, Isleworth’s course demands precise drives and accurate short game shots.

TOURNAMENT FIELD
Eight of the 15 teams, including the Gamecocks, at the Tavistock Collegiate Invitational are ranked in the top-25 of the latest Bushnell Golfweek Coaches Poll: No. 9 Illinois, No. 10 Texas, No. 13 Vanderbilt, No. 18 Arizona State, No. 20 Auburn, No. 22 LSU, No. 24 South Carolina and No. 25 Cal.

UCF and West Virginia are the host schools for the event this week, which was founded in 2003.

Augusta, Florida, North Texas, Texas Tech and Washington round out the field this week.

MCDONALD’S 21
Gamecock head coach Bill McDonald is the winningest coach by tournament victories in school history with 21. McDonald broke the previous record of nine held by Puggy Blackmon (1995-2007) with Carolina’s win at the Carpet Capital Collegiate in September 2014. McDonald captured a school-record five wins in 2014-15 and the team’s third-straight title at the 2017 Hootie at Bulls Bay Intercollegiate last spring. His latest win came last fall at the 2017 Camden Collegiate Invitational as Carolina won the event for the third time in four seasons thanks to three individual top-10 finishes.

UP NEXT
The Gamecocks will wrapup the fall portion of their schedule for the third consecutive season at the Ka’anapali Collegiate Classic in Lahaina, Hawaii, Nov. 2-4. Carolina finished second last season thanks to top-five finishes from Scott Stevens (runner-up medalist) and Will Miles (fourth place). The Gamecocks finished fifth out of 24 teams in their debut at the event in the fall of 2016.