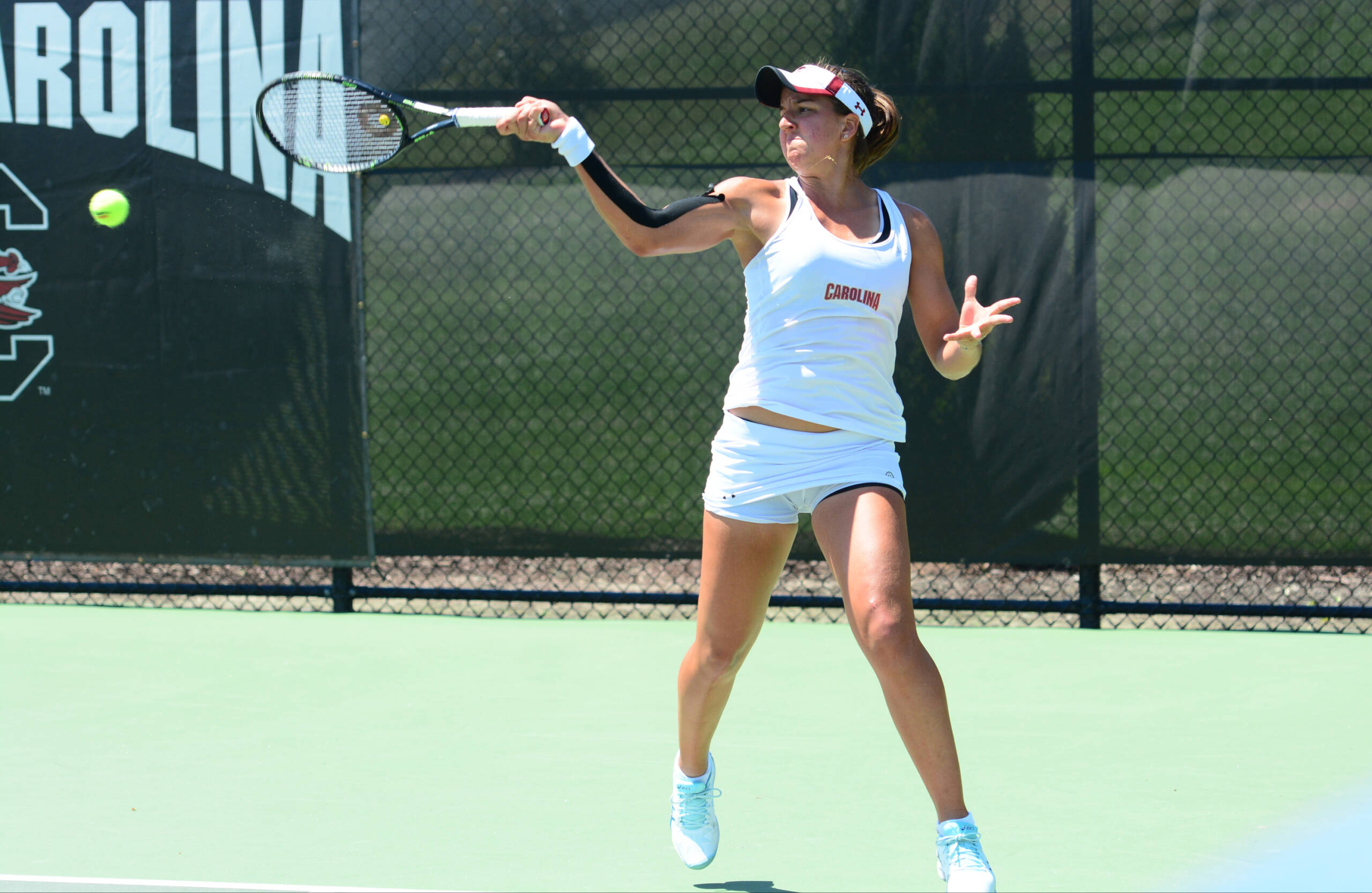 Playing their only match of the day, Davies and Rohrabacher defeated NC State’s tandem of Amanda Reboi and Adriana Reami in the quarterfinals, 8-2.

The Gamecocks’ No. 45-ranked Gamarra Martins won two matches on Saturday to get to the semifinals. First, the senior outlasted No. 88 Eliza Omirou of Wake Forest in three sets, 2-6, 6-0, 6-4. Gamarra Martins then took down NC State’s No. 66-ranked Anna Rogers in straight sets, 6-0, 6-4.

“Due to the rain we moved indoors and had to adjust to the conditions,” head coach Kevin Epley said. “Some of us had an easier time with that challenge than others. Ingrid played some great tennis in her quarterfinal match and Megan and Rachel played pretty well in doubles, so we are happy we are still here this late in the draw. The tournament is giving us some good insight into what we need to work on to get ready for the spring season.”

Paige Cline earned a victory in her first singles match of the day, topping the Wolfpack’s Liz Norman, 6-3, 6-2. Seeing Katarina Kozarov from Furman in quarterfinals, Cline wasn’t able to overcome the Paladin, falling, 6-2, 7-6 (1).

Facing Clemson’s No. 16 duo of Marie Leduc and Fernanda Navarro, No. 7-seeded and 20-ranked Mia Horvit and Gamarra Martins dropped their quarterfinals match, 8-2, to the Tigers.

Gamarra Martins kicks off Sunday play for the Gamecocks at 11 a.m., against North Carolina’s Cameron Morra. Davies and Rohrabacher take the court at 1 p.m., opposite of Alana Smith and Anna Rogers of NC State.