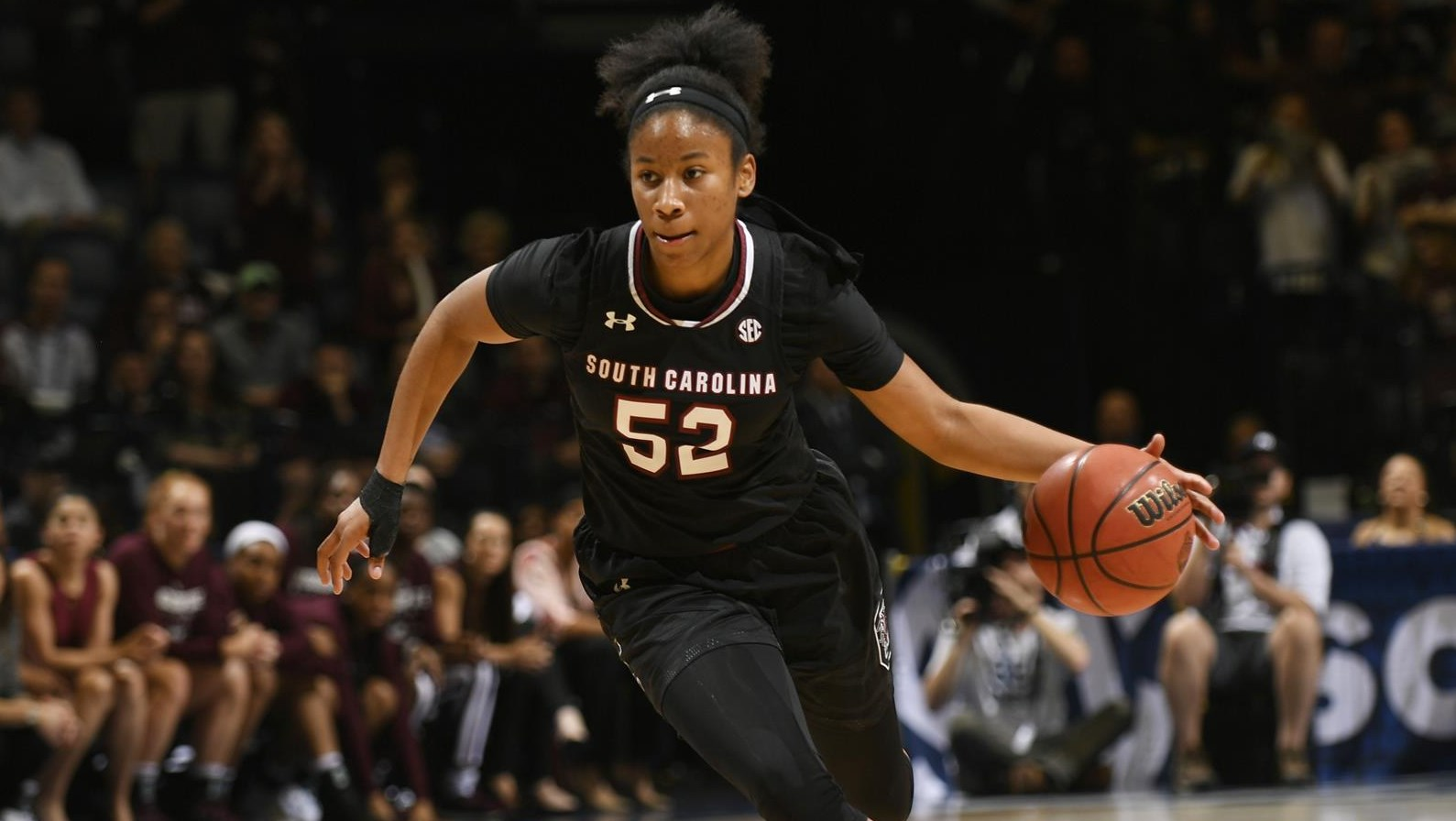 Harris has had the reins of the Gamecocks since midway through her freshman season and has steadily increased her production over her first two seasons in Garnet and Black. She led the SEC in assists last season, handing out 6.1 per game while averaging 10.4 points to earn a spot on the All-SEC Second Team and WBCA All-Region honors. She posted six double-doubles last season, the most points-assists double-doubles in a season in South Carolina history. After leading all SEC freshmen in assist-to-turnover ratio in 2016-17, she was second in the league last season at 2.4, which ranked her among the top 35 in the country. With 9.0 points and 6.3 assists per game to help the Gamecocks to their fourth-straight SEC Tournament title, she earned a spot on the 2018 All-Tournament.

The selection committee for the Nancy Lieberman Award is composed of top college women’s basketball personnel including media members, head coaches, sports information directors and Hall of Famers. By mid-February the watch list of 20 players for the 2019 Lieberman Award will be narrowed to just 10. In March, five finalists will be presented to Ms. Lieberman and the Hall of Fame’s selection committee. Fans will also have the opportunity to vote for their favorite finalist. The winner of the 2019 Lieberman Award will be revealed on an ESPN platform during the 2019 Women’s Final Four in Tampa, Fla.

The Gamecocks host an exhibition game on Fri., Nov. 2, taking on Lander at Colonial Life Arena at 7 p.m. Admission to the game is free. South Carolina officially opens the 2018-19 season on the road, traveling to Alabama State for a 4 p.m. tipoff on Sun., Nov. 11.