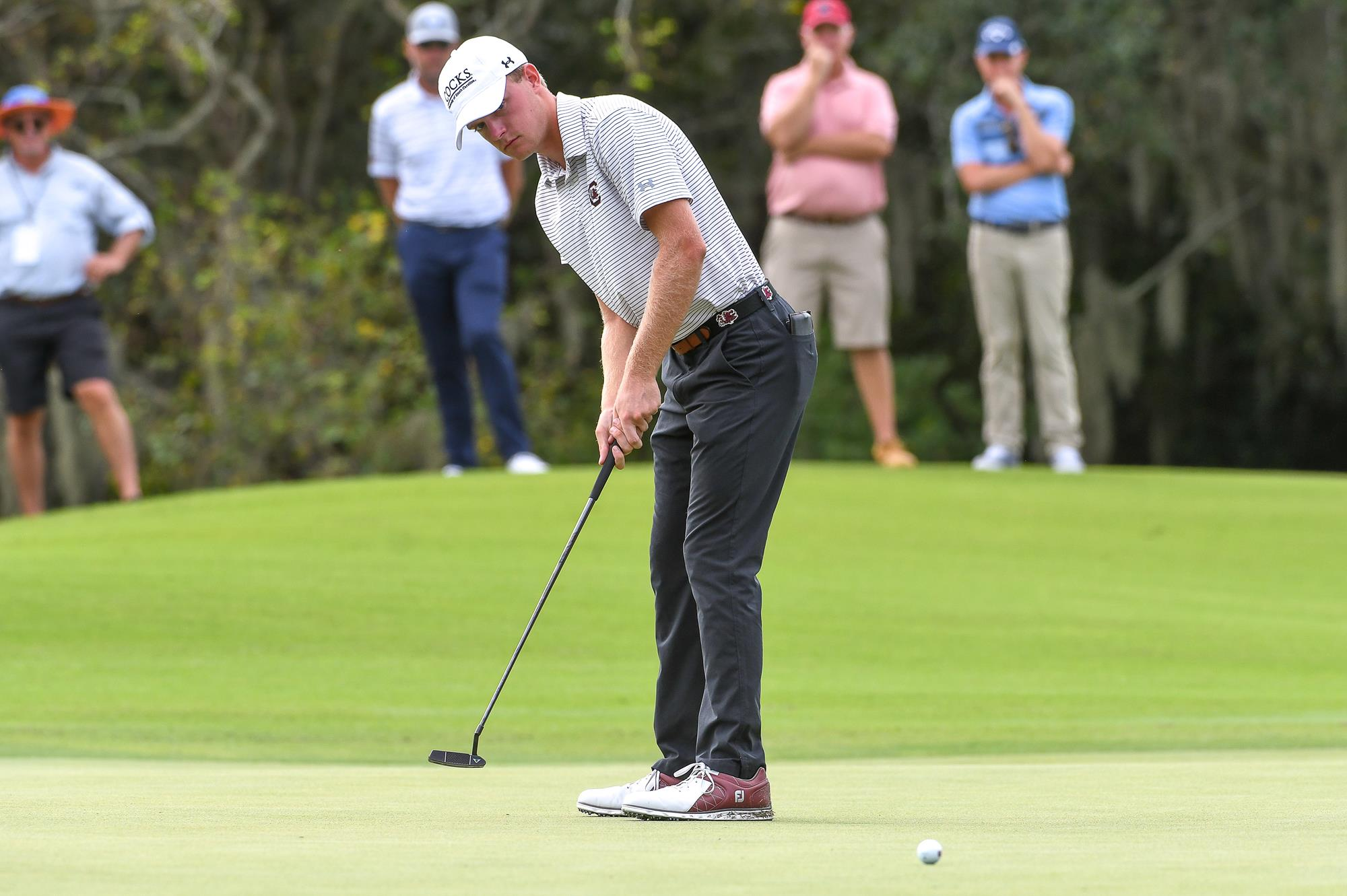 WINDERMERE, Fla. – No. 24 South Carolina had a solid finish at the 2018 Tavistock Collegiate Invitational on Tuesday, shooting a final round 286 (-2). The Gamecocks finished 12th with a final score of 879 (+15). Senior Scott Stevens, senior Ryan Stachler and freshman Ryan Hall all posted red numbers in round three today.

“We had some great play this week from Scott (Stevens) and Ryan Hall,” said head coach Bill McDonald. “Overall, it was a better effort today by the team and nice to have three guys shoot under par. It’s been frustrating at this event and Olympia this fall to not have everyone contributing. We need to definitely figure that out before we head to Hawaii next week.”

Stevens finished just outside the top-10 in 13th place at 3-under for the tournament. The Chattanooga, Tenn., native had five birdies on his way to a 2-under 70 in the third round. He led the team with 11 birdies at Isleworth this week. He’s finished in the top-20 in all three stroke play events so far in the 2018-19 season for the Gamecocks. Stevens, who has started every tournament the past four seasons for Carolina, has 24 top-20s in his career now in 40 career starts.

Hall fired a final round 71 (-1) to finish T-20th at 1-over for his second career top-20. The Knoxville, Tenn., native was 2-over through six holes, before holing out for eagle at the par-4 16th. He birdied the next hole and was bogey free with 10 consecutive pars to close the final round. Hall was one of 12 players in the field to record an eagle during the tournament.

Stachler had a strong finish on Tuesday as well, carding a 71 (-1). He led the team with six birdies on the day. The Alpharetta, Ga., native tallied red numbers on three of his five final holes. He finished T-55th at 10-over.

No. 13 Vanderbilt continued its hot play en route to a wire-to-wire win, shooting a tournament-best 275 (-13) en route to a 20-shot victory today. The Commodores’ Will Gordon also held on for the wire-to-wire win with a final round 66 (-6). He finished the tournament at 16-under (200), posting an opening round 64 (-8) on Sunday afternoon.

The Gamecocks will wrap up the fall portion of their schedule for the third consecutive season at the Ka’anapali Collegiate Classic in Lahaina, Hawaii, Nov. 2-4. Carolina finished second last season thanks to top-five finishes from Scott Stevens (runner-up medalist) and Will Miles (fourth place). The Gamecocks finished fifth out of 24 teams in their debut at the event in the fall of 2016.