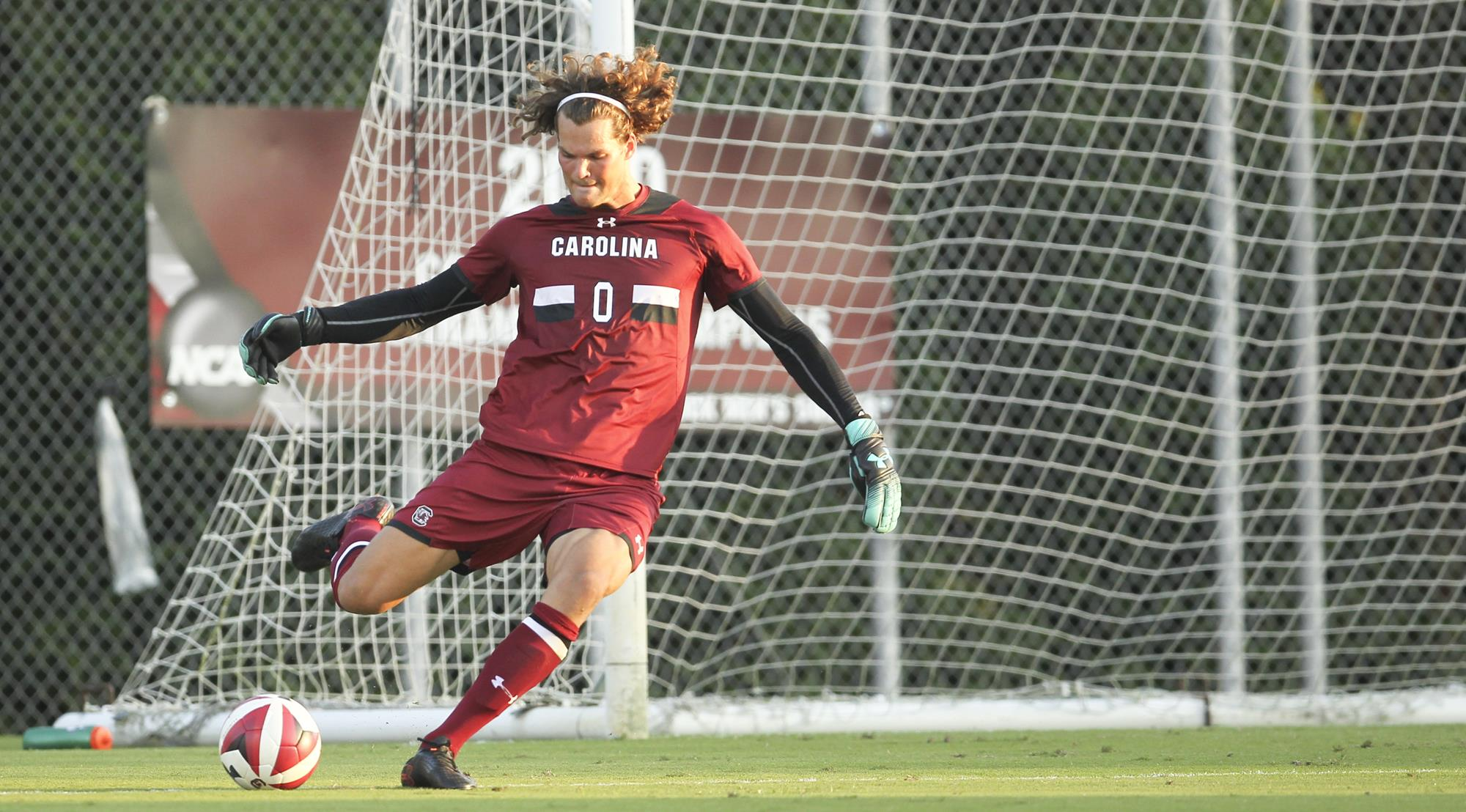 “It was great to get the win, and it was also great to get the shutout,” said head coach Mark Berson. “That’s really important for our team going forward. We created some very, very good chances in the match. Georgia State is a good team. We came up with a goal and I think a lot of times that’s what it boils down to in college soccer – two teams play to a standstill and somebody makes a play. Tonight, Luca (Mayr) made a play, and that was what we needed.”

Freshman Eli Bebout assisted Mayr on the goal, marking his first career points in Garnet and Black. Mayr one-touched the pass from him and fired a pinpoint, sinking strike to the far post. From there, Carolina kept the pressure on offensively with six shots from close range in a 2 minute and 41 second stretch beginning in the 82nd minute.

The best chance for the Gamecocks to push the lead to 2-0 came when sophomore Petter Soelberg slotted a perfect transition pass up ahead to senior Bjorn Gudjonsson, who snuck behind the Panther’s backline late in the 82nd minute. Gudjonsson got off a clean shot from about 15 yards out, but a Georgia State defender was able to slide in from behind and block it out of play.

The Panthers would have a late corner kick, but would not threaten the rest of the match as Carolina held on for the 1-0 victory.

Mayr, a First Team All-C-USA selection in 2017, leads the team in points (11), goals (4) and assists (3). He also leads the team and ranks in the top-five of the league in shots (41) and shots on goal (18). The Steyr, Austria, native, will match a single-season career-high with his next shot on target.

Senior Ian McGrane started his first match tonight since the team’s 5-0 win against Wofford (Sept. 19) and was spectacular, making four outstanding saves. Tonight marked the Kingston, Pa., native’s first career shutout. It also marked back-to-back shutouts by the Gamecock defense for the first time in 2018. Carolina only allowed two shots by Georgia State in the second half.

Both teams exchanged punches the first 45 minutes with quality looks and three shots on goal apiece. Senior centerback Andre Streete headed in what would have been his first goal of the 2018 season (second career) in the 4th minute on a great ball to the far post from Mayr, but the Wolverhampton, England, native was flagged for offsides.

The Gamecocks return to conference play on Friday night at home against UAB (5-7-3, 2-4-1 C-USA) at 6 p.m. ET. It’s Senior Night for Carolina, so fans are encouraged to arrive early to the match. The contest against the Blazers marks the start of three critical C-USA games to end the 2018 regular season for the Gamecocks. A trip to the C-USA Tournament in Charlotte, N.C. is on the line over the next two weeks.