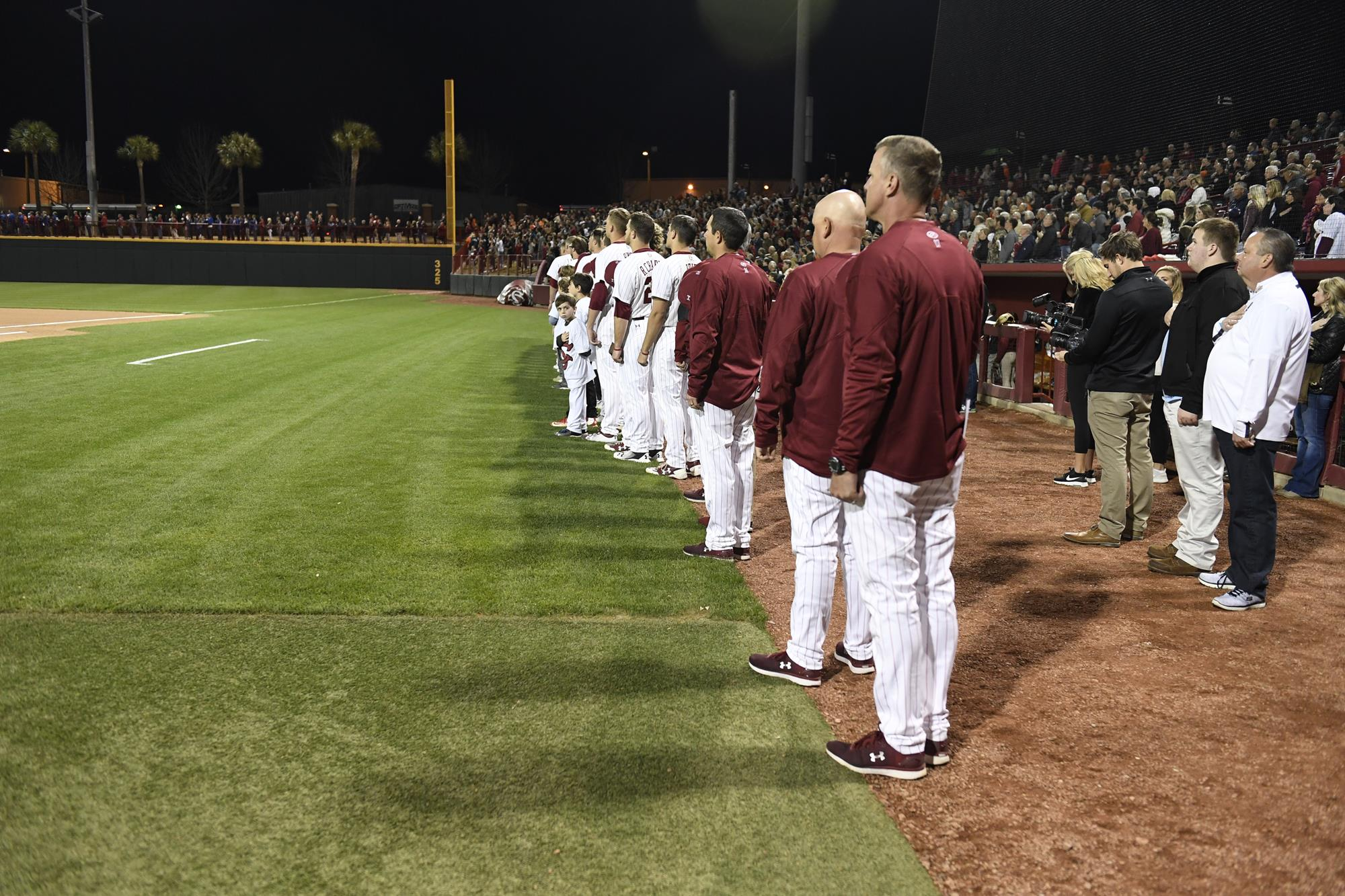 The Gamecocks will have 34 games at Founders Park along with the Clemson series and the always-tough SEC slate.

COLUMBIA – Thirty-four games inside Founders Park, the annual three-game set with in-state rival Clemson and an SEC slate that will include 18 games against NCAA Tournament teams from a year ago highlight the 2019 South Carolina baseball schedule, announced this afternoon (Wednesday, Oct. 24).

The Gamecocks open the 2019 season on Friday, Feb. 15 against Liberty at 4 p.m. This is the start of a nine-game homestand at Founders Park which includes the series with the Flames (Feb. 15-17), single midweek games with Winthrop (Feb. 19), Presbyterian (Feb. 20) and Appalachian State (Feb. 26) surrounding a three-game set against Utah Valley (Feb. 22-24).

Carolina opens a three-game set with Clemson at Doug Kingsmore Stadium on Friday, March 1 at 6 p.m. The two teams face off at Fluor Field in Greenville on Saturday, March 2 with the series finale at Founders Park on Sunday, March 3.

The Gamecocks will have another double midweek with contests vs. The Citadel (March 5) and Gardner-Webb (March 6) before hosting Valparaiso on March 8-10. Carolina will face The Citadel (March 12) and Furman (March 19) on the road, bookending the beginning of SEC play and three-game home series against Georgia on March 15-17.

The SEC Tournament has its usual home in Hoover, Ala., beginning on May 21 with the championship game on Sunday, May 26. The NCAA Regionals begin on Friday, May 31 with Super Regional play commencing on Friday, June 7. The NCAA College World Series will start on Saturday, June 15 at TD Ameritrade Park in Omaha, Neb.