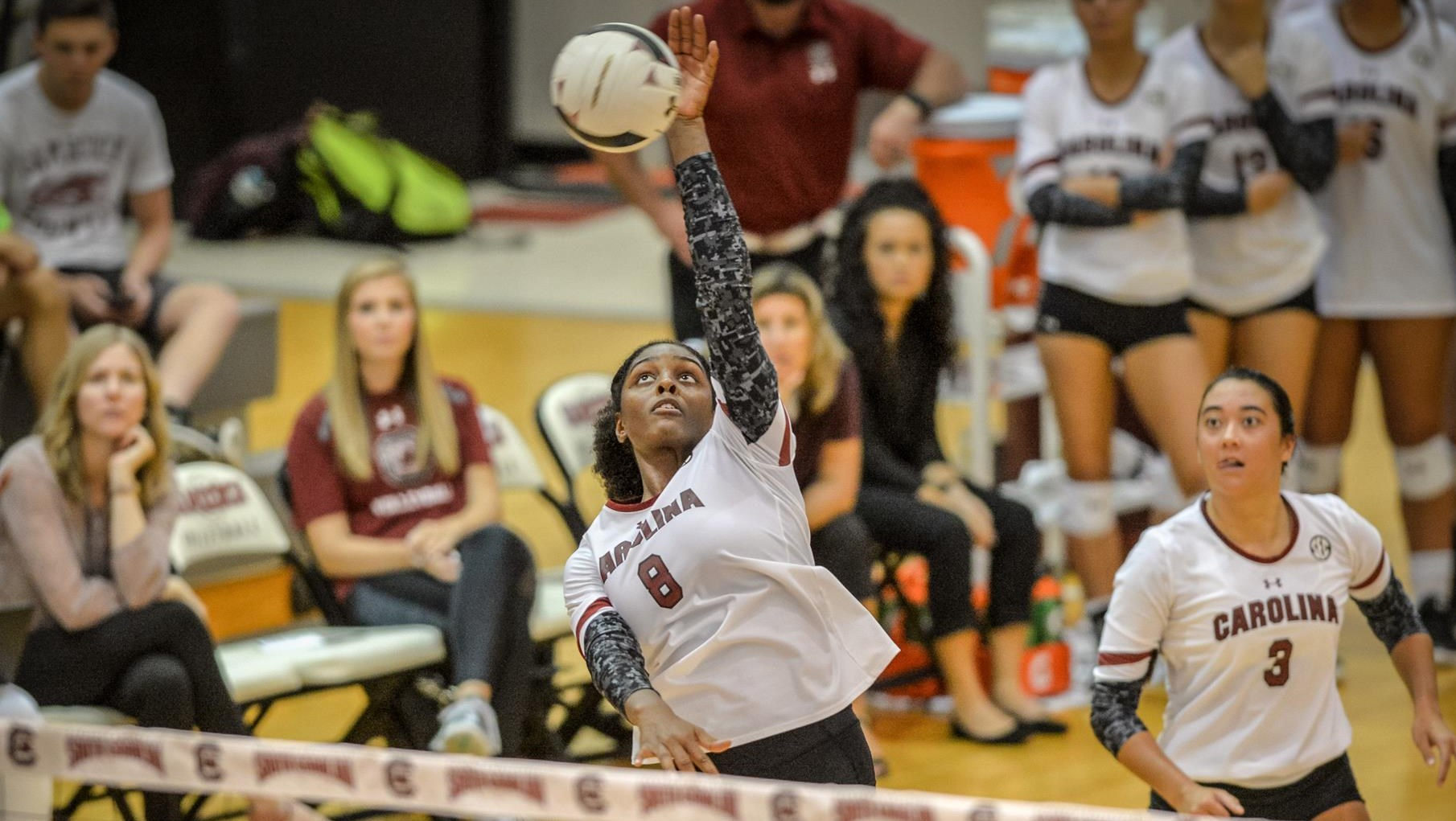 KNOXVILLE, TENN. – South Carolina dropped a 3-0 decision at Tennessee Wednesday night. The Gamecocks saw junior Mikayla Shields reach a personal milestone of 1,000 career kills, but falls to 15-5 overall and 6-4 in SEC play with the loss. Tennessee now stands at 17-5 overall and 8-2 in conference play.

SET 1: Tennessee claimed the opening game, 25-21, thanks to points from outside its offense. The Volunteers racked up three blocks and three service aces, compared to no blocks and a pair of aces for the Gamecocks. South Carolina also gave up unforced errors with four missed serves and two blocking errors to help the opposition. Mikayla Shields led the team with seven of its 14 total kills, but the home side would hit .333 in the game to pull away.

SET 2: It would be a tight second set, with Tennessee able to hold off the Gamecocks late to win 29-27. The Vols went ahead early but wouldn’t lead by more than three points at any point in the set, and South Carolina would come back from a 16-13 deficit to take a 19-17 lead before Tennessee rallied for a 4-0 run of its own. The Gamecocks were able to respond with a 3-0 run to flip the lead again, but a pair of service errors for Carolina and a Tennessee ace gave the Vols set point, 24-23.

The Gamecocks would deny the win and had set point of their own at 25-24 and 26-25 that the home side would turn back. The Volunteers closed out the marathon set with a kill and a Carolina attack error. The duo of Brittany McLean and Mikayla Robinson helped guide the offense, as they combined for 10 kills in the game.

SET 3: The Tennessee offense was locked in for the clinching third set, out-hitting South Carolina .382 to .125 in the game to take the 25-19 win. The highlight for South Carolina came early on in the set, when Shields’ 11th kill of the evening pushed her to 1,000 for her career. The Volunteers would take the lead over out of a 5-all tie early, and would not trail again in the set.

STAT OF THE MATCH:The service game would be where the match would tip in Tennessee’s favor. The Volunteers finished with six aces and nine errors, compared to three aces and 13 errors for the Gamecocks. South Carolina has double-digit service errors in four-straight matches, averaging 3.73 per set.

UP NEXT: The team will head back out on the road this weekend, heading up to Lexington for a match against the SEC-leading Kentucky Wildcats on Sunday afternoon. Kentucky is ranked 14thin the country with a 14-4 overall record and an 8-0 mark in conference play heading into a Friday match with Georgia. The Gamecocks are looking to snap a 10-game losing streak to UK, and win in Memorial Coliseum for the first time since 2003. First serve is set for 1:30 p.m. ET.