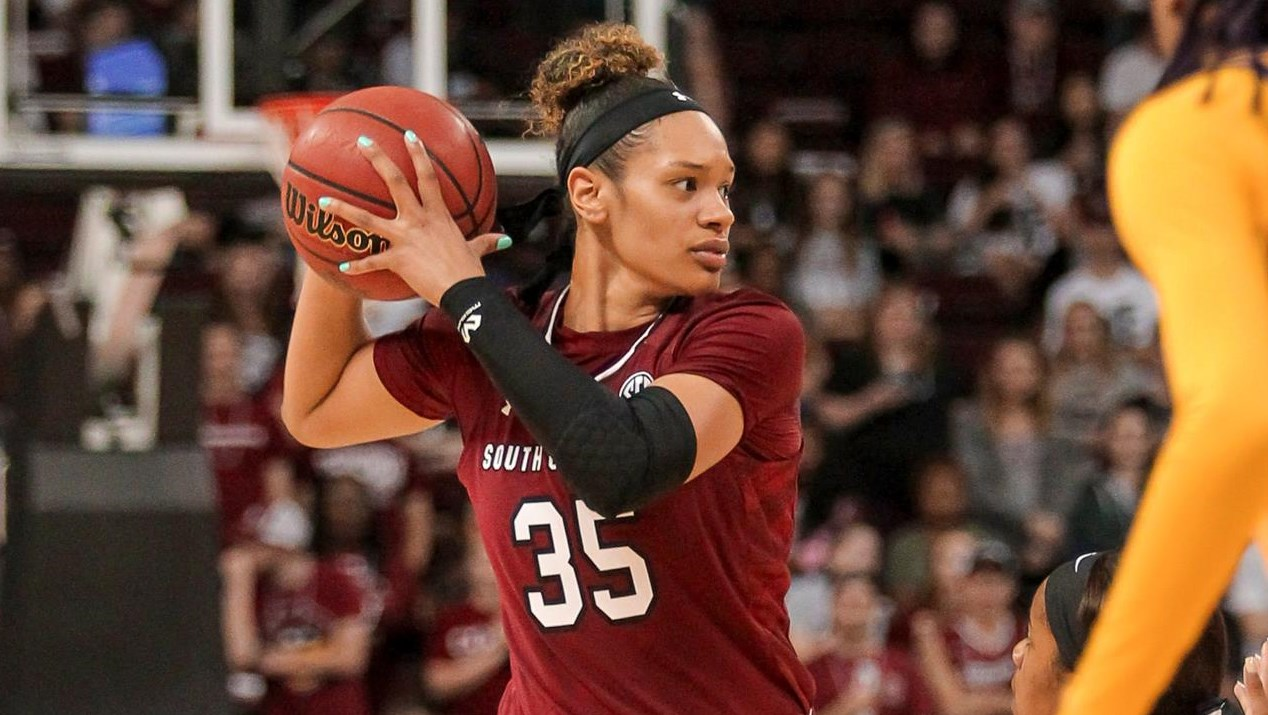 Share
COLUMBIA, S.C. – South Carolina senior forward Alexis Jennings was one of 20 student-athletes on the watch list for the 2019 Katrina McClain Award, the Naismith Memorial Basketball Hall of Fame and the Women’s Basketball Coaches Association (WBCA) announced today. Named after the two-time All-American and 1987 National Player of the Year, the annual award in its second year recognizes the top power forwards in women’s NCAA Division I college basketball.

A starter in all 36 games last season, Jennings is the Gamecocks’ top returning scorer (11.4 ppg) and rebounder (6.6 rpg) from last season’s NCAA Elite Eight squad. She ranked among the SEC’s top 20 rebounders, and her 58.3 percent field goal accuracy was sixth best in the league. Jennings posted six double-doubles on the season, including three against nationally ranked opponents. She scored 20 or more points five times, including 27 points at Vanderbilt.

The selection committee for the Katrina McClain Award is composed of top college women’s basketball personnel including media members, head coaches, sports information directors and Hall of Famers. By mid-February the watch list of 20 players for the 2019 Katrina McClain Award will be narrowed to just 10. In March, five finalists will be presented to Ms. McClain-Pittman and the Hall of Fame’s selection committee. Fans will also have the opportunity to vote for their favorite finalist. The winner of the 2019 Katrina McClain Award will be revealed on an ESPN platform during the 2019 Women’s Final Four in Tampa, Fla.

The Gamecocks host an exhibition game on Fri., Nov. 2, taking on Lander at Colonial Life Arena at 7 p.m. Admission to the game is free. South Carolina officially opens the 2018-19 season on the road, traveling to Alabama State for a 4 p.m. tipoff on Sun., Nov. 11.