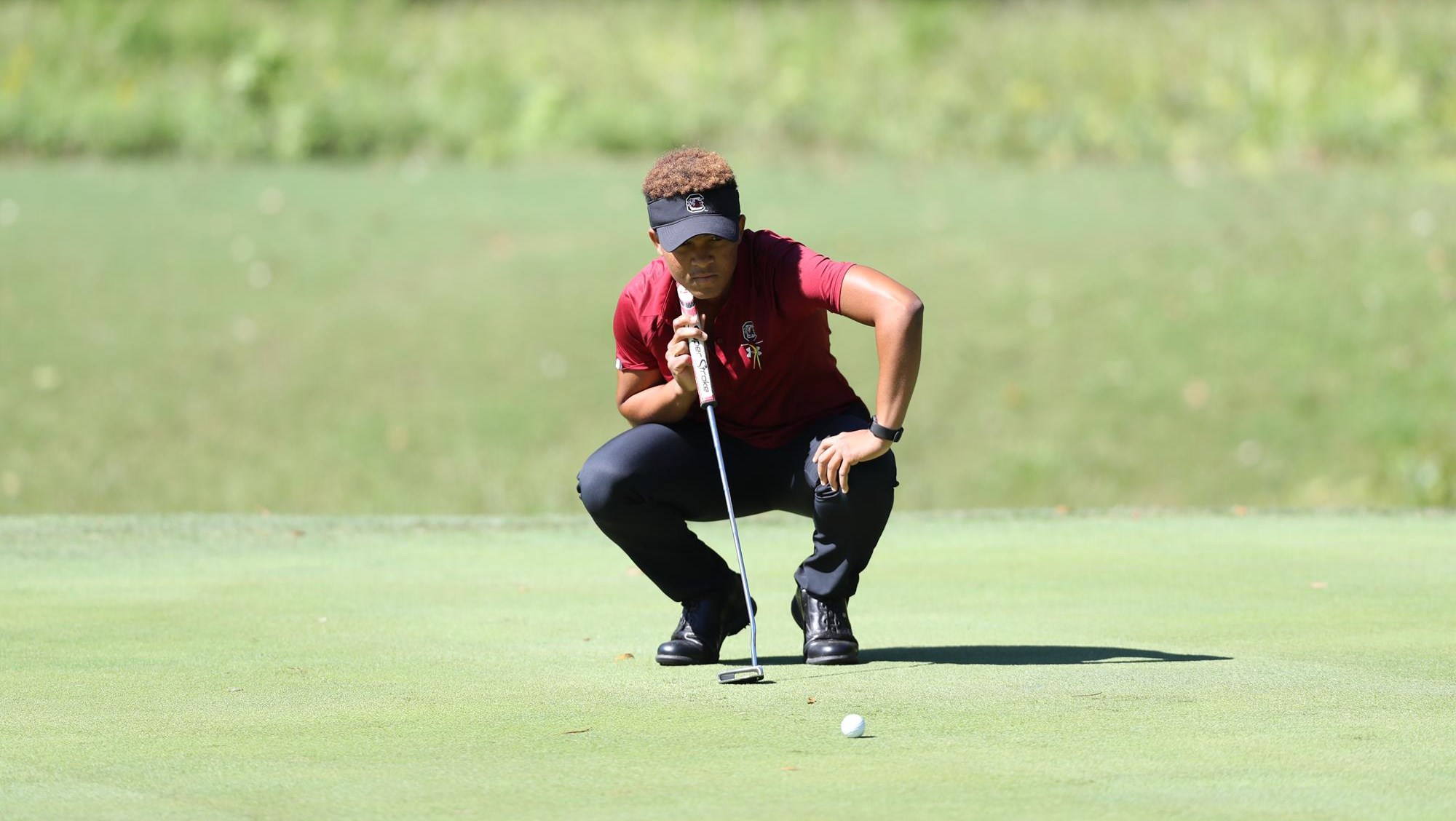 Gamecocks To Wrap up Fall Season at Landfall Tradition

Columbia, S.C. – No. 16 South Carolina women’s golf will participate in the Landfall Tradition in Wilmington, N.C., at the Dye Golf Course to wrap up its fall schedule. The tournament is played across three days, starting on Fri., Oct. 26, and ending on Sun., Oct. 28.

The 17th annual tournament will be set up as a par-72, 6166-yard course. Pairings will be finalized shortly after all lineups are received. Check back later for information regarding the final pairings.

This weekend marks the eighth appearance at the Landfall Tradition for the Gamecocks, who have competed at the event every year since 2010. Carolina captured the 2016 Landfall Tradition Title after carding a final-round 280 (-8) and boasting the advantage over Wake Forest in a scorecard playoff last October.

Last season, South Carolina finished in fourth after the tournament was cut short due to weather. Ainhoa Olarra, a 2017 senior, grabbed a top-five finish after posting a 70 (-2) in rounds one and two.Pelaez finished in a tie for 23rd at 2-over 146, while Uwadia tied for 28th with a two-day mark of 3-over 147.

South Carolina is coming off the Ruth’s Chris Tar Heel Invitational where the team finished in a tie for fourth. Go highlighted the Gamecocks performance with a top-five finish at 212 (-4). Go’s top-five finish is her best since the 2018 Bryan National Collegiate, where she finished tied for third with a 54-hole mark of 219 (+3).

Anderson enters her 12th season leading the program. She has helped South Carolina appear in eight of the last nine NCAA Championships and has led the Gamecocks to five NCAA Regional titles since 2010.