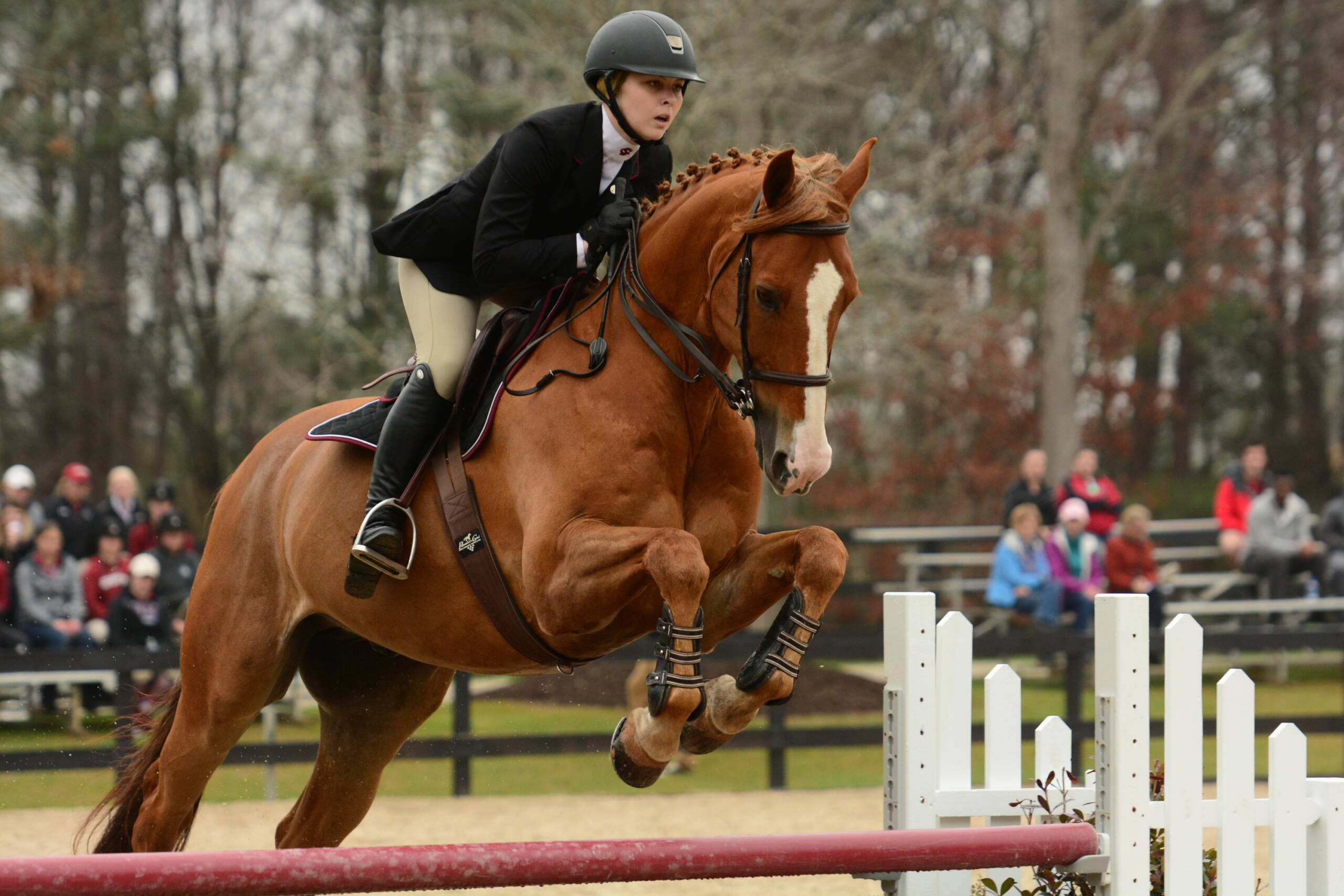 “I think we had a really good day,” head coach Boo Major. “It was nice to have some strong wins and solid rides (Friday). This our first competition on the road since the end of September so we’re happy to get our feet wet on the road again. Sweet Briar was a very gracious host and we had a great time with them and with our scrimmage with Lynchburg.”

Carolina began the day by sweeping Equitation Over Fences opposite of Sweet Briar, 5-0. Madison Brayman scored the first point with an 86-74 win over Katie Balding on Dimitri. Up next, Louisa Brackett outscored Maggie Fraley by 16 for an 84-68 victory on Teddy. Competing on Divo, Trinity Hammerschmidt earned a 78-72 win against Charlotte Hadley. With the highest score in fences, Lizzie van der Walde was named MOP after edging out Lily Peterson, 87-82, on Ray. Finalizing the fences event, Tyler Petrie beat out Emily Schlosberg on Dorado, 85-83.

In Equitation on the Flat, Carolina took the event, 4-1. Madison Sellman grabbed the first point for the Gamecocks by 25, 78-53, over Emily Schlosberg on Mo’Bay. Scoring her first-ever collegiate point, Mackenzie Suffy defeated Charlotte Hadley on Emmett, 76-68. Hammerschmidt won her second point of the day after topping Maggie Fraley, 79-56, on Jakson. Clinching the meet for South Carolina, Brayman tallied the highest score, earning MOP honors, after downing Katie Balding, 89-73, on Navarre.

Competing against Lynchburg for their second meet of the day, the Gamecocks started off by winning Equitation on the Flat, 3-1. Kate Eagleton claimed her first collegiate point, as well as the first point for Carolina with a 69-58 victory against Saylor Hardin on Ozzie. Riding on Bella, Billi Brander topped Taylor Herzog, 67-63. Maddy Parker outscored Cameron Sabolovic by 25 for a 67-42 win on Mei Mei.

Finishing with Equitation Over Fences, Sarah Isgett started the event with an 85-68 victory opposite of Saylor Hardin on Petey. Petrie followed with the highest score of the fences competition for an 86-65 victory over Taylor Herzog on Fernando, also earning MOP honors. Closing out the meet, Hammerschmidt claimed a 67-64 win on Goodie, besting Cameron Sabolovic.

“One of our goals was to be as competitive as we could be and ride as well as we could,” Major said. “I think we accomplished that goal (Friday). Proud of the girls and proud of the team. We’re looking forward to a good scrimmage with Liberty (Saturday).”

Up next, South Carolina competes at Liberty for a full exhibition meet on Saturday at 10 a.m.