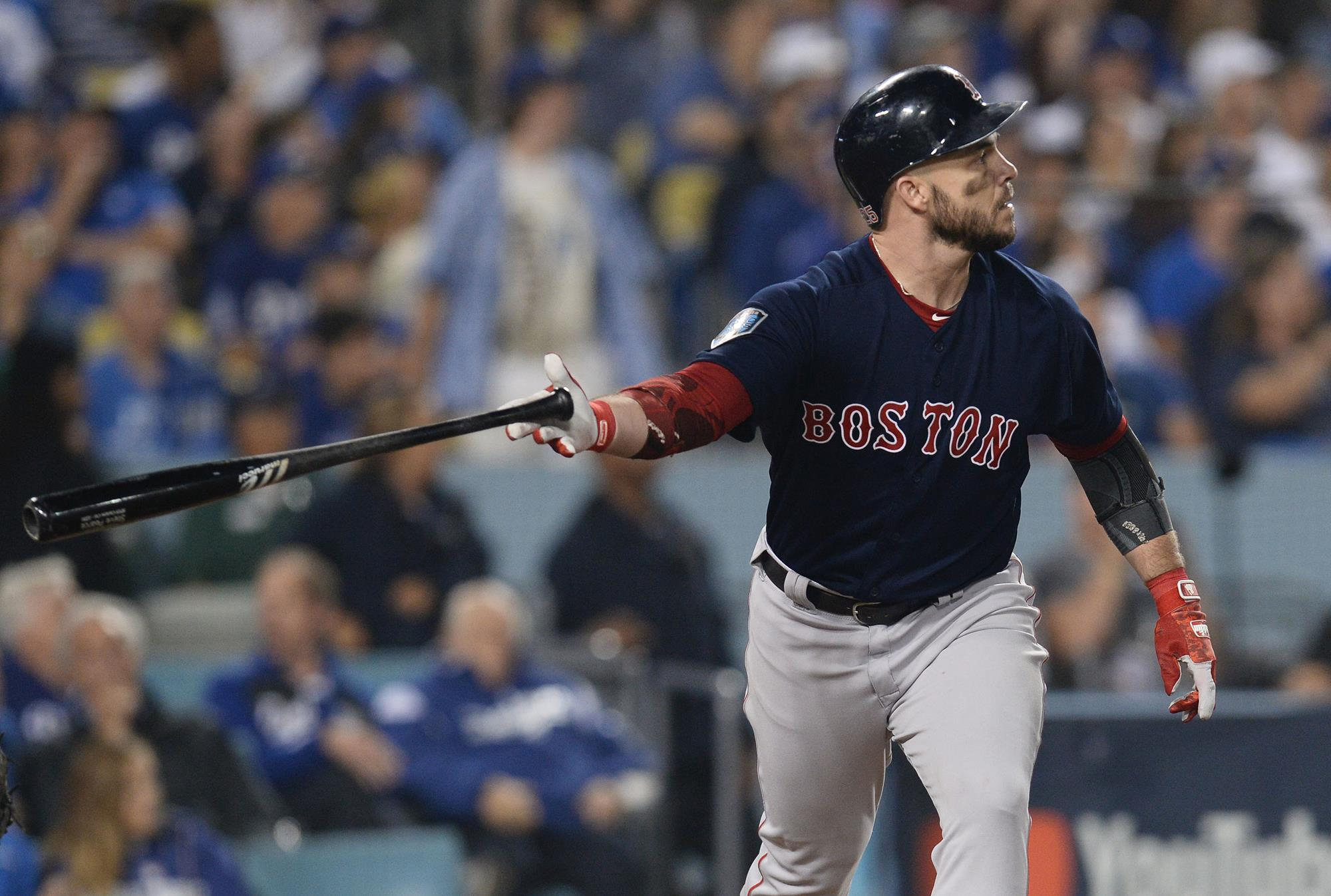 LOS ANGELES, Calif. – Former Gamecock baseball standouts Jackie Bradley Jr. and Steve Pearce helped the Boston Red Sox to a 2018 World Series championship after a 5-1 Game 5 win over the Los Angeles Dodgers Sunday night (Oct. 28) at Dodger Stadium. Pearce was named the World Series Most Valuable Player after his three home runs and eight RBI in five games. The duo helped Boston to its ninth World Series title and its fourth in the last 14 years.

Both Pearce and Bradley Jr. had integral roles in Boston’s five-game series win over the Dodgers. Pearce was a big factor in Boston’s come-from-behind, 9-6 win in Game 4. He hit a solo home run in the top of the eighth, tying the game at four after Los Angeles had a 4-0 lead. Pearce then had a three-run double in the top of the ninth, putting the Red Sox up 8-4. Then in Game 5, he hit a two-run home run in the first to give the Red Sox a lead it would never relinquish and capped the Boston win with a solo shot in the top of the eighth. Pearce hit .333 in the series with four extra-base hits.

Bradley reached base four times in Game 3, including a solo home run that tied the game at one in the eighth inning. Bradley, who was named the Most Valuable Player of the American League Championship Series, had a .795 OPS in the five games with three hits. Bradley earns his second ring (he has one from 2013) with the Red Sox but his first being on the active postseason roster.