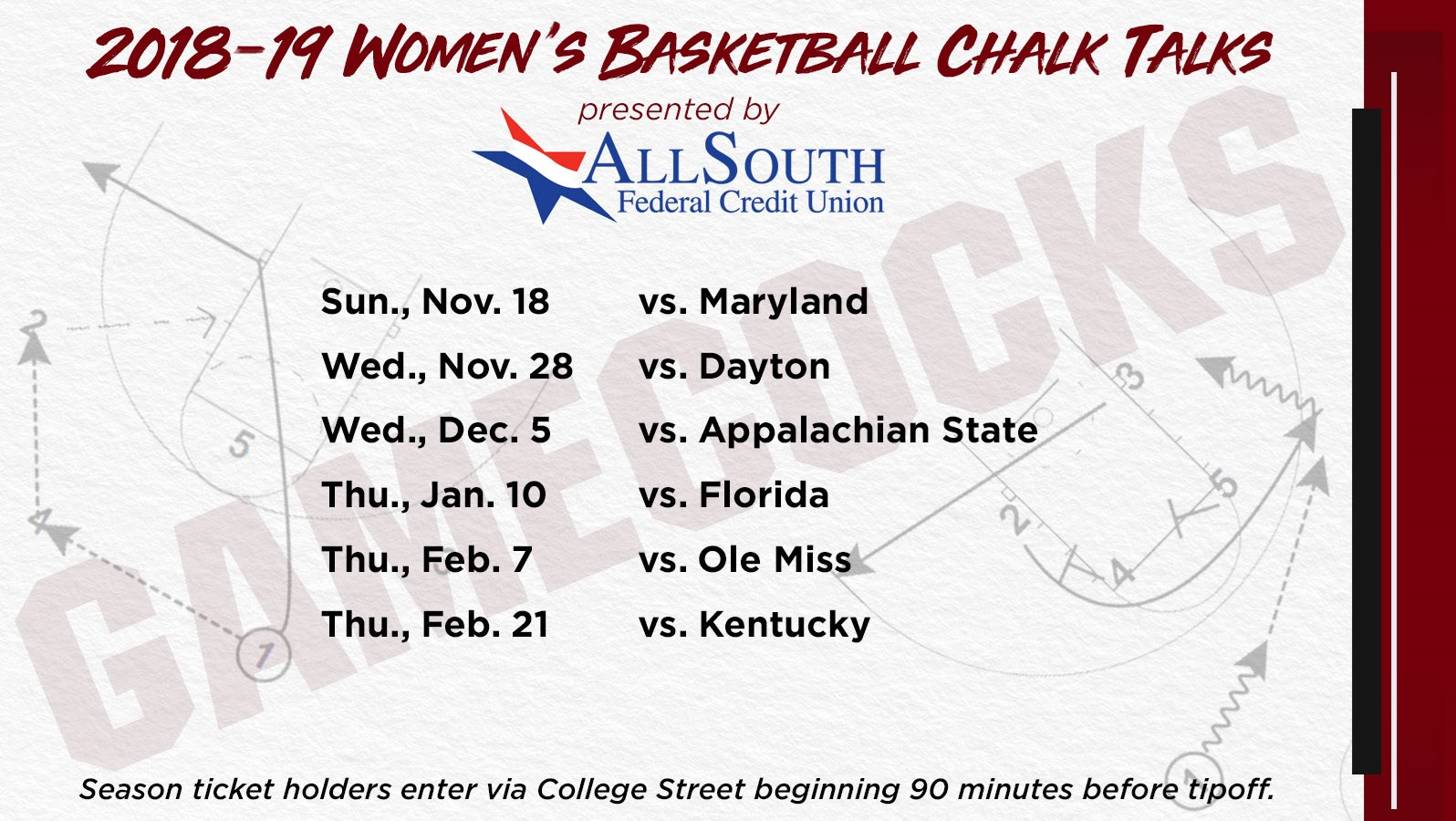 Chalk Talks begin one hour and fifteen minutes prior to tip-off of the games listed above and will be held in the Frank McGuire Club. Season-ticket holders attending the Chalk Talks will be able to enter Colonial Life Arena through the College Street entrance 90 minutes prior to tipoff for non-conference games.