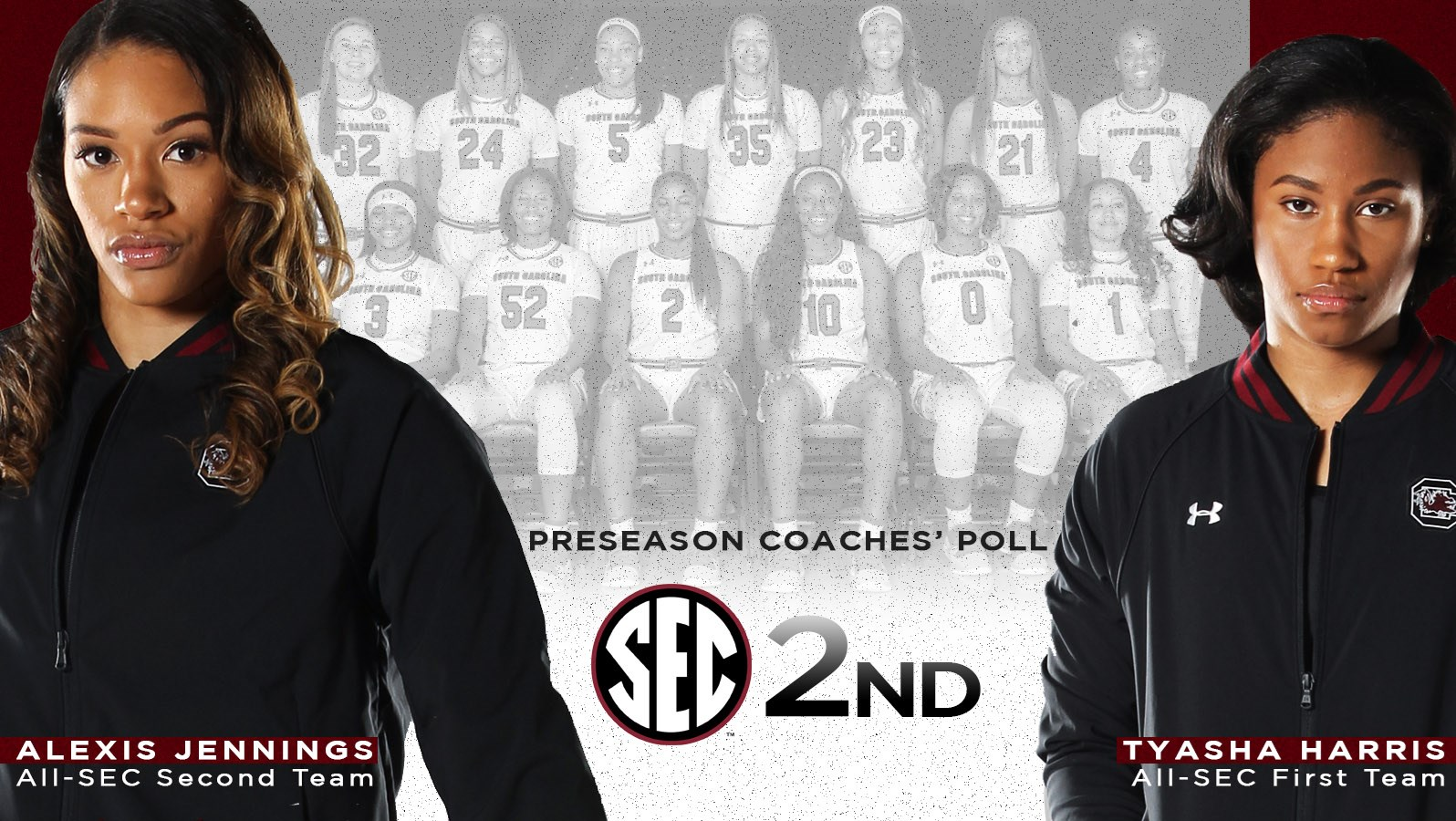 The Gamecocks have finished in the SEC’s top two in each of the last five seasons, including four straight regular-season championships (2014-17), and is the reigning four-time SEC Tournament champion as well. Head coach Dawn Staley returns four starters from last season’s NCAA Elite Eight squad in addition to the return of fifth-year senior Bianca Cuevas-Moore and junior transfer Te’a Cooper to the court for 2018-19. Five Gamecocks have received SEC recognition during their careers, led by Harris who was on the 2018 All-Tournament Team as well as an All-SEC second-team selection. Mikiah Herbert Harrigan also earned a spot on the 2018 All-Tournament Team, and a trio of SEC All-Freshman selections – Bianca Jackson (2018), Te’a Cooper (2016) and Jennings (2015) – round out the group. Staley added three freshmen to the 2018-19 lineup, including McDonald’s All-American Destanni Henderson, the No. 9 recruit overall in the Class of 2018.

Harris has had the reins of the Gamecocks since midway through her freshman season and has steadily increased her production over her first two seasons in Garnet and Black. She led the SEC in assists last season, handing out 6.1 per game while averaging 10.4 points to earn a spot on the All-SEC Second Team and WBCA All-Region honors. She posted six double-doubles last season, the most points-assists double-doubles in a season in South Carolina history. After leading all SEC freshmen in assist-to-turnover ratio in 2016-17, she was second in the league last season at 2.4, which ranked her among the top 35 in the country. With 9.0 points and 6.3 assists per game to help the Gamecocks to their fourth-straight SEC Tournament title, she earned a spot on the 2018 All-Tournament.

Jennings started every game last season, her first in Garnet and Black after transferring from Kentucky prior to the 2016-17 campaign. Three of her six double-doubles came against ranked opponents en route to 11.4 points and 6.6 rebounds per game. She posted five 20-point games – all Gamecock victories – including 27 at Vanderbilt. Her .583 field goal percentage ranked sixth in the SEC and included a perfect 9-for-9 night against Arkansas to mark the best perfect shooting performance in Colonial Life Arena history.