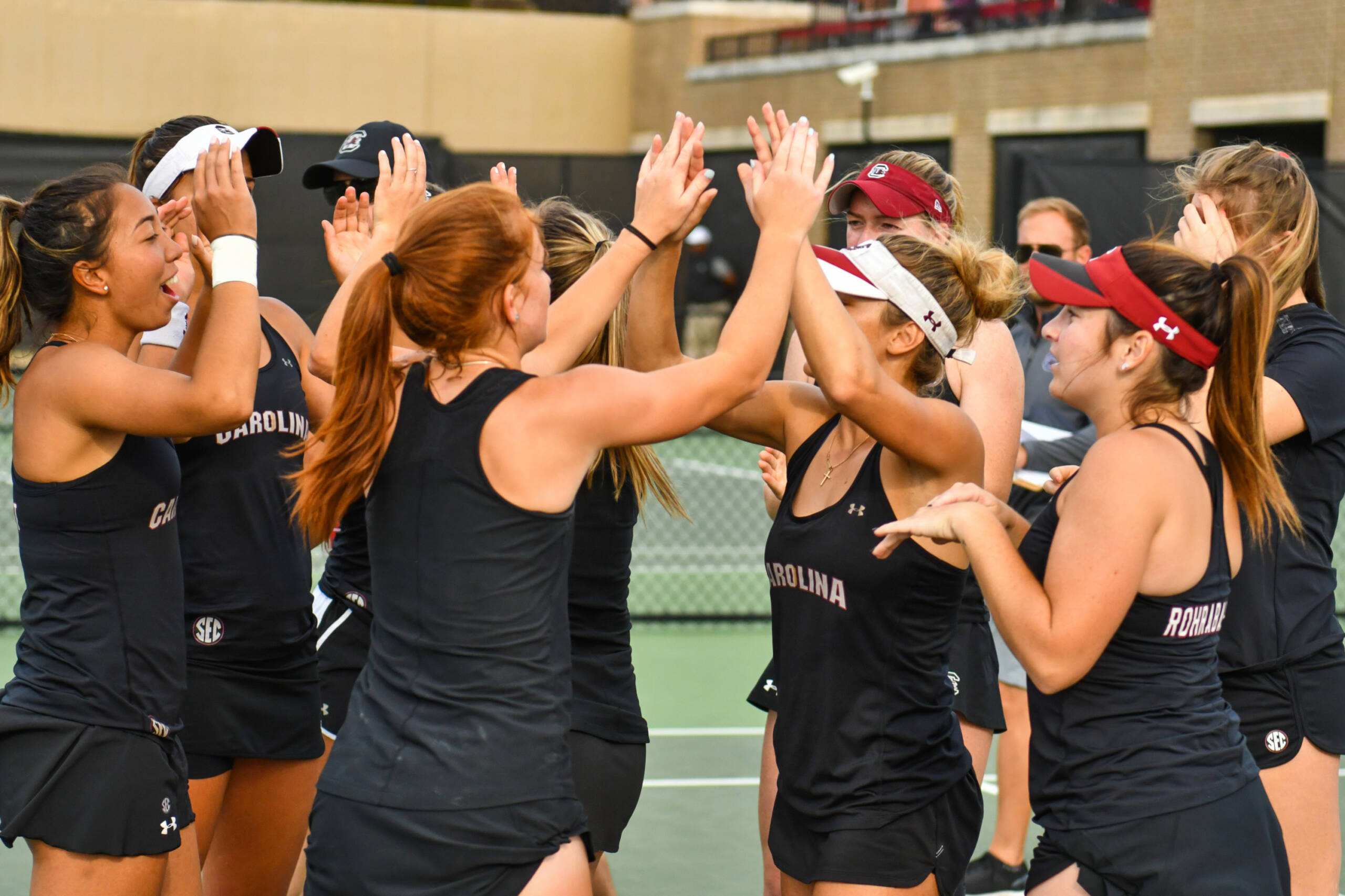 After advancing to singles finals at the ITA Carolina Regional Championship, No. 45-ranked Ingrid Gamarra Martins earned an automatic, qualifying spot for the main draw. The senior beat five-consecutive opponents before falling in the final match. This fall, Gamarra Martins sits at a record of 7-2, including 4-2 against nationally ranked opponents.

The tandem of Megan Davies and Rachel Rohrabacher will represent the Gamecocks in the main draw doubles field. Pairing up for the second time in their careers, the duo went on a five-match winning streak, making their way to the final doubles match at ITA Carolina Regional Championship.

In the round of 16, Davies and Rohrabacher downed Wake Forest’s No. 5-ranked team of Emma Davis and Chandler Carter. The win marked the highest of both of the Gamecocks’ collegiate careers thus far.

Gamarra Martins will also participate in main draw doubles with partner Mia Horvit. The No. 20-ranked pair began the fall season by claiming the Flight 1 Doubles title at the Debbie Southern Fall Classic. After a bye in the first round of play at the ITA Carolina Regional Champion, the Gamecocks went 2-1, advancing to and falling in the quarterfinals.

Paige Cline rounds out the Gamecocks, as she was selected to compete in the main draw singles field. At the ITA Carolina Regional Championship, Cline defeated three-straight opponents, making it to the quarterfinals. Participating at the Debbie Southern Fall Classic, Cline won three-consecutive matches to be named champion of Flight 2 singles.

Draws have yet to be announced. Check back with gamecocksonline.com once the tournament gets closer for updates.