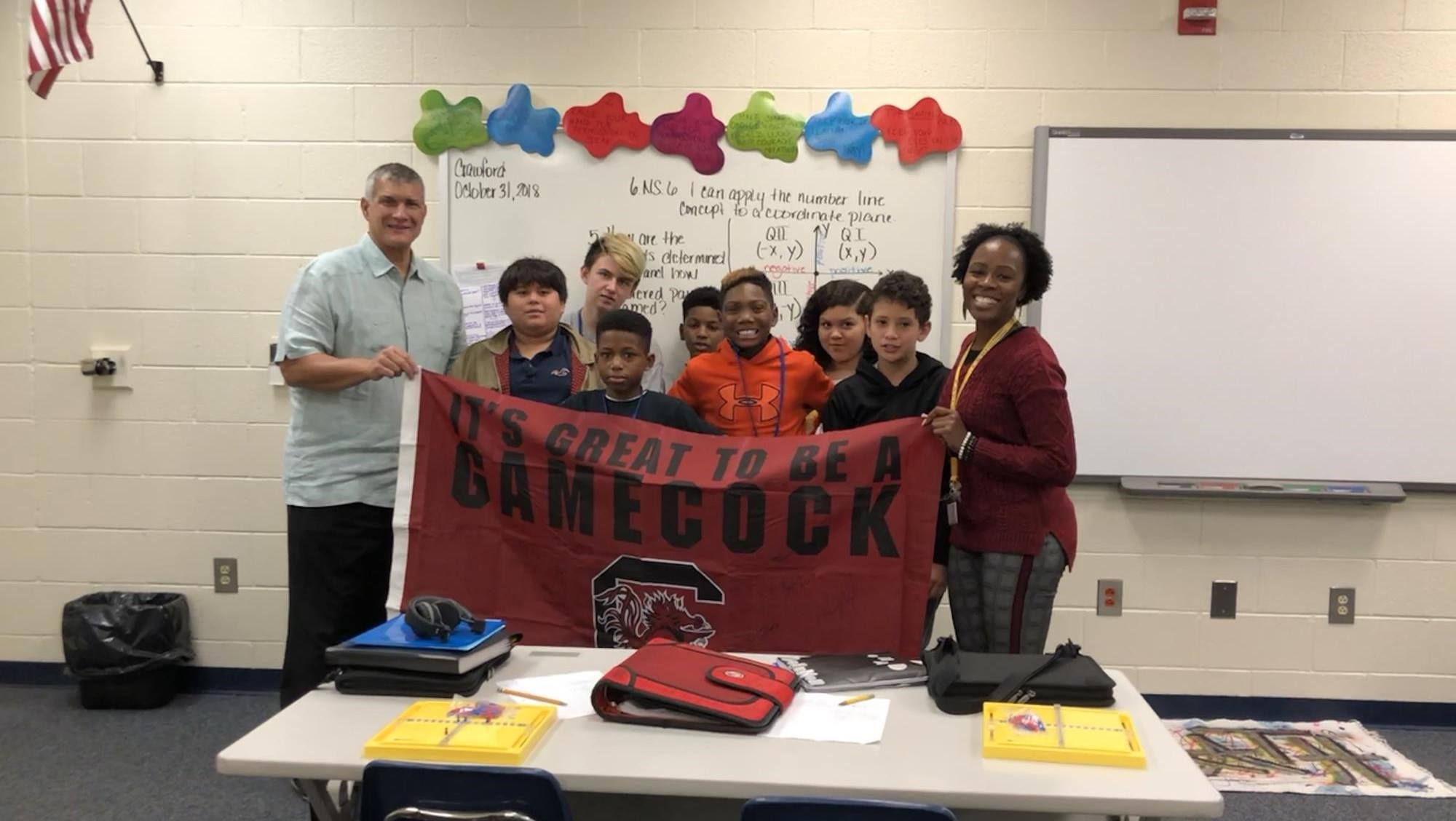 COLUMBIA, S.C. — The SC Education Oversight Committee (EOC) announced on Wednesday the third season of “Martin’s Math Club,” a partnership with Gamecock head men’s basketball coach Frank Martin, who was a long-time math teacher prior to his time coaching in the college ranks. Season three began on Wednesday morning at Dent Middle School in Columbia, when Martin visited with a sixth grade math class, discussing quadrants, and the x- and y-axes and origin.

Martin “took over” Ms. Crawford’s class at Dent Middle School and helped her explain the lesson to the students throughout the 45-minute session.  Martin also helped the students work through an example before the group gathered for a photo with a South Carolina Gamecock flag signed by the men’s basketball team.

“We are in year three [of Martin’s Math Club], and it’s grown every single year,” Martin said.  “I think it is such a valuable tool.  If we can figure out a way to use athletics to grab the attention of young people in mathematics it just opens doors for the ability to learn.  In education, when dealing with young kids, we are always trying to figure out a way to motivate them to open their minds to learn, and when you do that they feel they are getting better and then they want to learn more.  Hopefully it is a tool that teachers around the state can continue to use to help them reach young people.”

Several fans have supported the cause by purchasing season tickets and donating them to the program. Section 220 has been designated as Martin’s Math Club section and fans can purchase tickets in the section for only $75 by calling 803-472-3267.

“The EOC is so pleased that this project is so popular with South Carolina students and teachers, and Coach Martin is an excellent ambassador for education in our state,” stated EOC Chairman Neil Robinson. “These lessons show young people how math is not only relevant in their daily lives, it is in the game they love too!”

South Carolina begins the 2018-19 campaign on Tuesday, Nov. 6, when it hosts USC Upstate.  Tip time is schedule for 7 p.m. ET at Colonial Life Arena for the non-conference matchup.