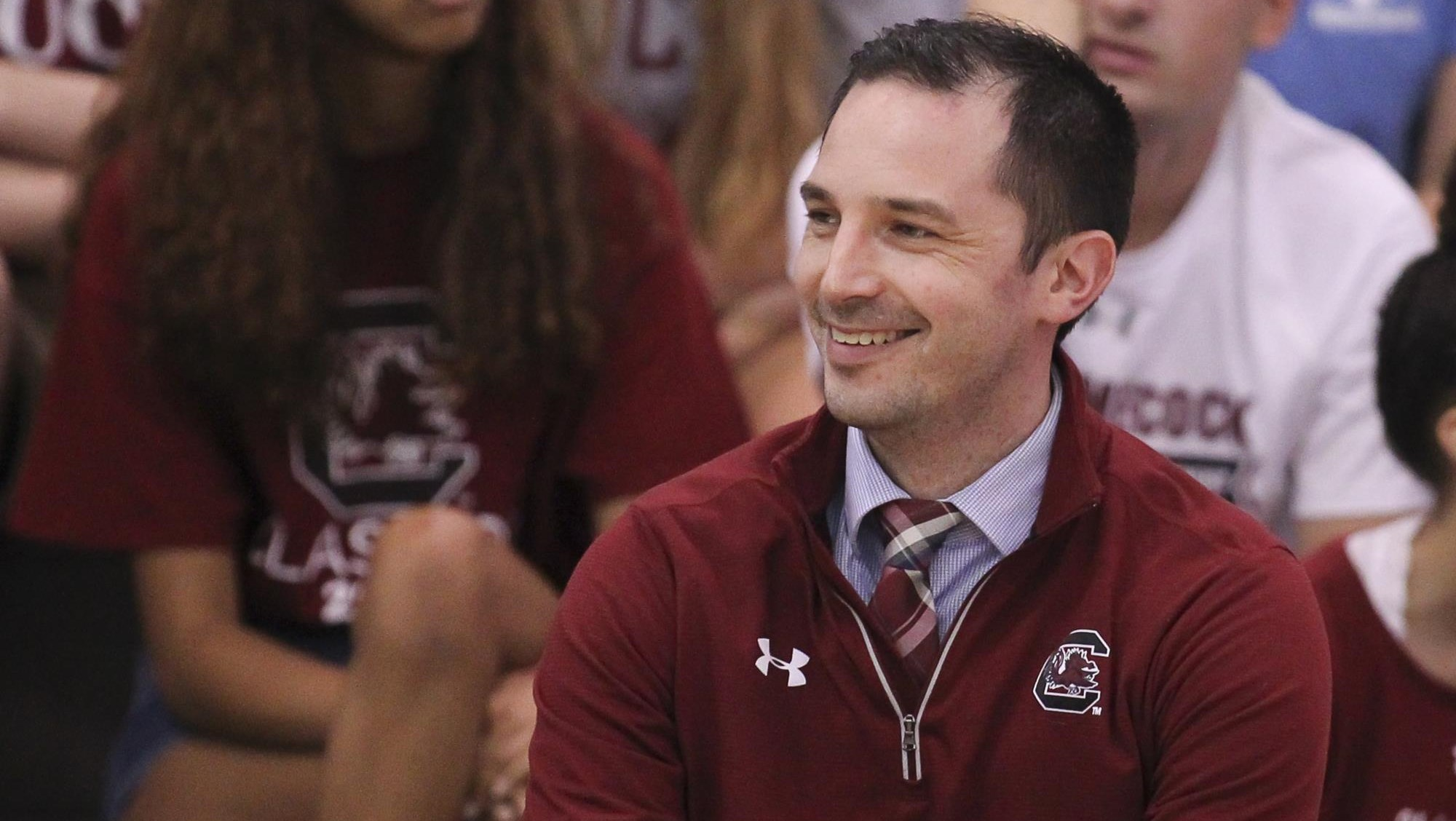 The Gamecocks add three impact freshmen for the 2019 season

COLUMBIA, S.C – The South Carolina volleyball added three new members for the 2019-2020 school year on Thursday, signing Holly Eastridge, McKenzie Moorman and Kylee Stokes. This is the program’s first class under first-year head coach Tom Mendoza, and all three newcomers will have four seasons of eligibility.

“We’re really excited about this class,” Mendoza said. “I think they bring a combination of competing for playing time right away and pushing our returners, and also having the ability to be future leaders for us. Most importantly, we’re excited about what they bring from a culture standpoint and how high-quality they are as young women.”

Eastridge (Avon, Ind.) was an all-county honoree for each of her four seasons at Avon High School, making the all-conference team three times and was all-district as a junior and senior. She helped Avon win four regional titles and the 2017 Indiana state championship, and is on the Senior Aces Top 150 recruits list. She played club volleyball at Circle City, and was a USA Volleyball Club All-American in 2017 with her 17U team. Finished in the top five at the USAV Nationals in 2014, 2015 and 2017.

“We’re excited for Holly, she’s a pretty special athlete,” Mendoza said. “With the right-side position, the two areas you can really affect the team are from blocking and attacking and we’re really excited about where she’s already at in this point of her career. She brings athleticism and a level of competitiveness that teams can never have too much of.”

Moorman (Elmhurst, Ill.) is a four-year letterwinner for Fenwick High School, and helped the Friars win the regional title in each of her four seasons. Like Eastridge, McKenzie is a member of the Senior Aces Top 150 recruits list and is also on the Under Armour All-American honorable mention team. As a member of the 1st Alliance club volleyball team, she was on the Junior Volleyball Association’s All-National Team watch list.

“McKenzie comes in with a great depth of experience and skill, obviously at the left side position we ask a lot of that player both in passing serve-receive and taking swings in and out of system and we’re excited for the way she can handle all those areas of the game,” Mendoza said. “She brings athleticism but also her skill level makes her an all-around great player. She’s learned how to be successful at the club and high school level, but there’s always that adjustment for what it’s going to take to be successful at the next level.”

Stokes lettered in volleyball, beach volleyball and track and field at Pinnacle High School, and was a three-time All-Region honoree for volleyball, including a place on the first team as a senior. She is also on the Senior Aces Top 150 recruits list. As a member of the AZ Storm Elite club team, Stokes won the 15s Open National Championship and her club’s 17s team were Triple Crown Champions in 2018.

“We got to watch a lot of Kylee last year, her teams were playing in a lot of meaningful matches and she was a big contributor. It was great to see her produce in those situations, and her teams had more success than failure but she learned from all of that and what it takes to succeed at the highest level nationally,” Mendoza said. “It’s hard to find middle hitters that are good both in front of and behind the setter, as well as from a blocking standpoint I think she’s technically advanced for her age. I think she’s going to come in and push that middles group right away and bring the level of our team up.”

The Gamecocks are in the midst of a memorable debut season with Mendoza, the team is 18-6 overall with a 9-5 record in SEC matches heading into the penultimate weekend of the regular season. South Carolina hosts Ole Miss Friday night at 7 p.m. and then travels to LSU for a Sunday match at 4 p.m. ET.